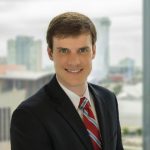 While a student at W&L, Hunter was involved in numerous organizations and activities. He served multiple years as a Peer Counselor and the Undergraduate Assistant Head Honor Advocate, was the Outing Club’s Kayaking Key Staff member, sat on the board of the campus Habitat for Humanity chapter, interned with Shenandoah, served on the Mock Con Speakers Committee, volunteered with the Nabors Service League and Campus Community Coalition, hosted a weekly music show on WLUR, worked with the General Activities Board and Buffalo Creek Music Festival, and was a member of Sigma Alpha Epsilon. A member of Phi Eta Sigma, Hunter graduated magna cum laude with a degree in English.

After graduation, Hunter was licensed as an Emergency Medical Technician and served on the Davidson County Rescue Squad in Nashville, his hometown. There he attended Vanderbilt Law School, where he was a member of many organizations, societies, journals, and publications. Upon receiving his law degree, he clerked for the Honorable Bernice B. Donald of the U.S. Court of Appeals for the Sixth Circuit. At the conclusion of his clerkship, he returned to Nashville to join Sherrard Roe Voigt & Harbison. He currently maintains a varied civil litigation and dispute resolution practice representing individuals, private businesses, public companies, professional organizations, utilities, and municipalities. He also strives to maintain a meaningful pro bono practice, for which he has received the Tennessee Supreme Court’s Attorney for Justice Pro Bono Service Award. He is involved in his local and regional bar associations, including spending a multi-year term as the President of the Nashville Lawyer chapter of the American Constitution Society.

Beyond his professional life, Hunter continues to pursue many of the same interests he held at Washington and Lee. He is a member of the Phoenix Club of Nashville, a nonprofit organization focused on fundraising for youth and youth programs, and sits on the board of Chatterbird, a nonprofit contemporary chamber orchestra. He serves as the Deputy State Director for the American Canoe Association of Tennessee and as a kayaking instructor for both Tennessee Scenic Rivers Association and Vanderbilt University Outdoor Recreation. Several months ago, he traveled to Spain for the 2019 International Canoe Federation Freestyle World Championships. As a member of Team USA, he competed in Men’s Squirt Boating and placed ninth in the world.

Hunter continues to support W&L; he has served on the board of the Nashville Alumni Chapter and remains an active member 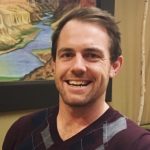 As a student at W&L, John was an active and engaged student-athlete. In addition to being a four-year starter and captain on the wrestling team, John was an elected representative of the Executive Committee, a member of the Williams Investment Society, a member of University Big Brothers & Sisters, and a Kappa Alpha.

After graduating with a degree Business Administration, John moved to Washington, DC where he worked at a boutique financial consulting firm, founded by a W&L alum. After three great years in DC, John felt as though he had learned as much as he could from his position and made the bold move to apply for a fellowship with a non-profit organization in Surkhet, Nepal. Once accepted, John took what he thought would be a brief hiatus from his life in DC to spend eight months working in Nepal for the Kopila Valley Children’s Home and School. This was a really transformative time for John as he explored and fell in love with a new culture and country and was a time of reflection as he confronted a level of poverty and suffering that he had never seen before. A tipping point came during a trip to Nepal’s isolated and mountainous Karnali region, where John joined a friend to visit his home in the remote village of Oda. It was in Oda that John began having conversations with local community leaders to learn about the challenges facing families in the region, and in collaboration with his Nepali partner and Oda native, Karan Singh, began brainstorming ideas that would eventually culminate in the formation of The Oda Foundation.

Since The Oda Foundation’s inception in 2013, John and his team have transformed the organization from a one-room medical clinic in a converted cow-shed into a hospital and community center that sees over 50 patients each day and supports the education of over 250 local children. After five years of living and working in Nepal, John transitioned local responsibility and operations to The Foundation’s local director and co-founder, Karan Singh, Nick Kraft and their incredible 30-person Nepali team. The project to date has seen over 65,000 patients, worked with over 500 students, and provided support to 7,000 young women and adolescent girls through educational and vocational training. The Oda Foundation’s work has been recognized by The Aspen Institute, The Stanford Social Innovation Review, MedShare and the Government of Nepal, and the organization is gearing up to celebrate its six-year anniversary on December 12, 2019.

In addition to his continued support and love for his team in Oda, John is a consultant with The Boston Consulting Group (BCG) and currently based in Denver, Colorado. He earned his MBA at Columbia Business School (class of 2019).

*Note from John: The W&L community has been such a huge part of Oda’s story. I’d love to give a nod to the Generals who have played a particularly outsized role in making the project such a success. Big thanks to Larry Lawrence (P’08, 10, 12), Professor Sandy Reiter, Colin Ram ’08L, Kirk Adamson ’08, Byron Peyster ’09, Peter Lawrence ’08, and many more for everything you’ve done to support this journey. I’d also like to thank our donors, volunteers, and fellows who started their journey in Lex! 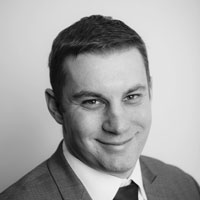 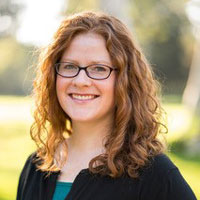 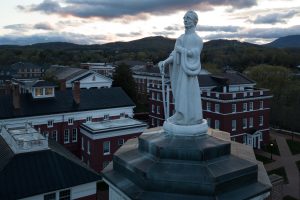 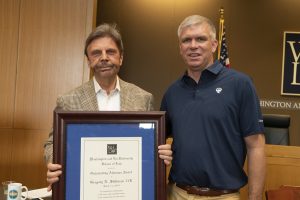