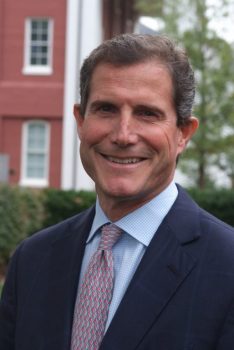 Michael R. McAlevey, vice president of General Electric, general counsel and business development leader at GE Healthcare and current trustee of Washington and Lee University, will be the next rector of W&L’s Board of Trustees.

The board unanimously elected McAlevey as the university’s 31st rector during its meeting in Lexington today (Oct. 18, 2019). He will assume his duties at the conclusion of the May 2020 meeting, succeeding J. Donald Childress ’70, who has been rector since 2008.

A 1986 graduate of W&L, McAlevey has been a member of W&L’s Board of Trustees since 2013. He currently chairs the board’s Capital Projects Committee, and also serves on the Executive and Investment committees. He was previously a member of the Law School and Audit committees. McAlevey also served on the cabinet for the Honor Our Past, Build Our Future capital campaign, the 2015 Presidential Search Committee, and as the trustee representative to the 2018 Strategic Planning Resources Committee.

Dana Bolden, a trustee from Atlanta, Georgia, and a 1989 graduate of W&L, chairs the board’s Trusteeship Committee, which nominated McAlevey for the position. Bolden praised the committee for its work in the selection process.

“After nearly a year of consultation and engagement with the board, the Trusteeship Committee enthusiastically nominated and endorsed Mike McAlevey,” said Bolden. “Mike’s passion, proven leadership, and depth of connections with the university’s stakeholders made him an ideal choice to lead the board over the next four years.  We look forward to Mike’s leadership of the board as we begin to execute our strategic plan.”

At GE Healthcare, McAlevey is responsible for the company’s global legal and compliance teams and business development group. From 2011 to 2018, he served as general counsel and business development leader for GE Aviation. Prior to that role, he served as chief global corporate and finance counsel for GE, a role in which he was responsible for all GE’s corporate governance matters.

Before joining GE, from 1998 to 2002, McAlevey served as deputy director of the United States Securities and Exchange Commission’s Division of Corporation Finance in Washington, D.C.

He was a partner with Alston & Bird LLP in Atlanta, Georgia, where his practice focused on M&A transactions, and from 1999 to 2001, he served as an adjunct professor of law at the Georgetown University Law Center.

As a student at Washington and Lee, McAlevey majored in English and was a member of the track and field team, the Student Recruitment Committee and Kappa Alpha fraternity. He received his J.D. from the University of Virginia School of Law. He and his wife, Lynne, have two children: Isabelle, a law student at the University of Virginia who graduated from W&L in 2017, and James, a member of the W&L Class of 2020.

“W&L has always been fortunate to have passionate and committed alumni who generously share their time and professional talents with the University,” said Childress. “W&L is blessed to have an individual of Mike’s capability. His strong business and legal acumen make Mike an excellent choice to lead the Board of Trustees in the years ahead.”

Childress, a 1970 graduate of Washington and Lee, has been a member of the W&L Board of Trustees since 2002. During his 12-year tenure as rector, the university successfully completed the $542 million Honor Our Past, Build Our Future capital campaign; made major capital improvements to the campus, including the renovation of the university’s historic Colonnade,  upgrades of the university’s intercollegiate athletics and recreation facilities, the creation of the upper-division housing village, and the construction of the Ruscio Center for Global Learning; inaugurated President Will Dudley and approved the 2018 Strategic Plan, which outlines priorities for W&L in the next decade. 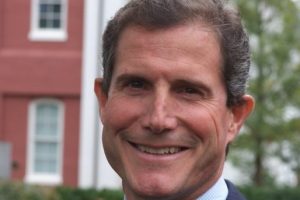 Michael R. McAlevey ’86 Sworn in as Rector of Washington and Lee University 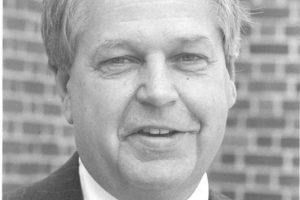