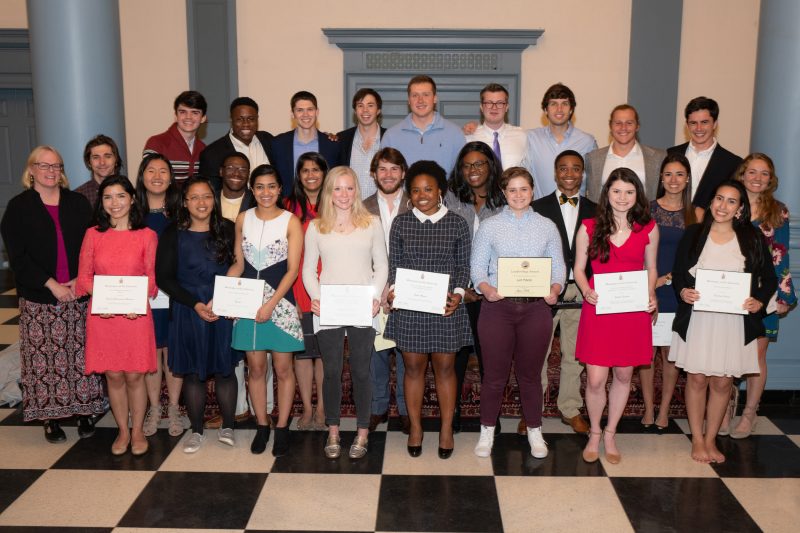 Award winners at the 2019 LEAD Banquet

“Students move really fast throughout the year — go, go, go, do, do, do — and they achieve great things. We want to stop and say, ‘Thanks for what you’re doing. Congrats on all the success.’”

When the LEAD Banquet Award nomination period for the 2019–2020 academic year closes on Feb. 18, selection committees across campus will begin sifting through hundreds of nominations to choose winners of 20 awards for individual achievement and three awards for group achievement. Recognizing contributions in areas as diverse as student composition, diversity and inclusion, Greek life and outdoor leadership, the awards give students a chance to pause, reflect and celebrate their achievements.

Washington and Lee University has been recognizing student leadership throughout its history, but in 2012, students saw an opportunity to revamp its efforts. Associate Dean of Students Megan Hobbs and a team of student leaders talked about leadership education and development (the components of the acronym LEAD) as an ongoing process, including the ways W&L’s recognition structure could reflect that.

“What if the celebration was broader?” she remembers them asking. “What if it was more than a presentation of awards?”

A student team decided to collect online nominations from anyone in the W&L community throughout the academic year, then celebrate nominees and winners at a single large banquet.

“Most of the awards still work the same way,” explained Assistant Director of Leadership Development and Student Engagement Leah Beard, who is in charge of the program in 2020. “You go to our nomination platform and share the reasons why you feel an individual or a group should be celebrated.” 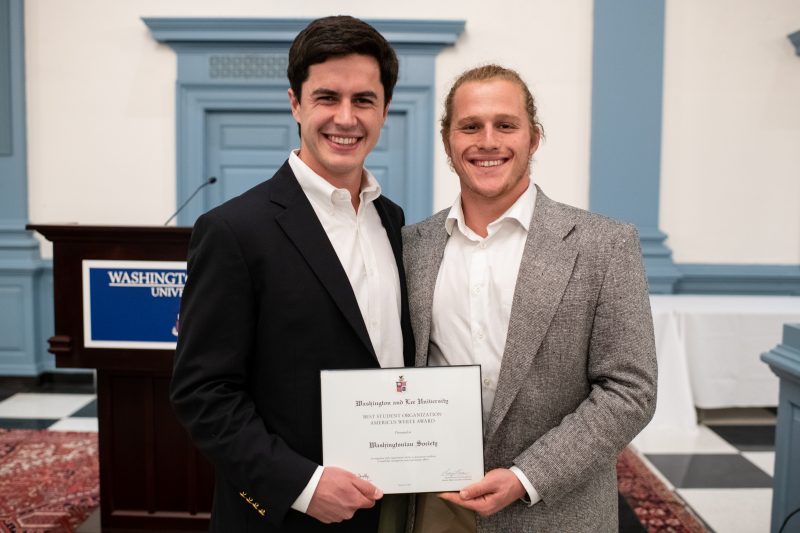 Graham Pergande ’20 and Anton Livshin ’19 pose with the 2019 Americus White Award for Best Student Organization, which they received for the Washingtonian Society, a new student group for those dealing with substance abuse issues.

In addition to the student committee overseeing the LEAD Banquet, there is a selection committee for each award tasked with identifying a winner from the nominees. Every year, the award list is reevaluated to make sure the event covers the many types of leadership occurring on campus. The LEAD Award winners in 2019 included a senior who led service trips to West Virginia (Fon Teawdatwan ’19, awarded the Nabors Service League McLoughlin Award for Volunteerism) and a sophomore who worked to deepen ties between Greek organizations and diverse student organizations (Ayo Ehindero ’21, named Greek Woman of the Year for positively impacting the fraternity and sorority system).

“The banquet is meant to be both celebration and recognition of student leadership,” Hobbs said. “Students move really fast throughout the year — go, go, go, do, do, do — and they achieve great things. We want to stop and say, ‘Thanks for what you’re doing. Congrats on all the success.’”

The atmosphere at the banquet, which this year will take place on March 29, is congenial and celebratory. Amid balloons, table confetti, heavy hors d’oeuvres and coffee, students will join faculty and staff to cheer on peers from all walks of campus life. “Everybody feels like a General,” Hobbs said. “It’s a time to recognize leadership across many areas of campus. This is a space for everybody.”

The whole program relies on nominations, which Hobbs is keen to point out are an important part of leadership development.

“People don’t spend much time celebrating the selfless or quieter aspects of leadership,” she said. But when she sees students get excited about the contributions of their peers, she knows they’re learning something essential. “Being part of a community is important, and so is ongoing reflection. We don’t want students to check boxes through their positions, volunteer hours and so forth. We want them to think about what the experience has meant. By submitting nominations, you’re reflecting on what you’re doing, what your peers are doing and its impact.”

That, she says, is as big a part of being a leader at W&L as anything else.

Any member of the W&L community can nominate a student for a LEAD Banquet Award. The nomination period closes Feb. 18. 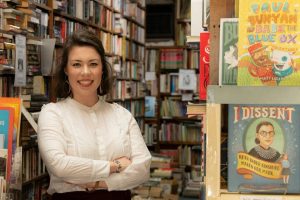 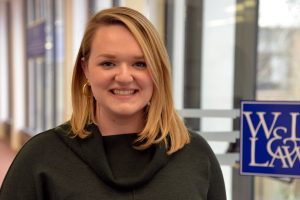