Lew John ’58, W&L Professor of Politics Emeritus, Dies at 80 During his 43 years at W&L, John also served as dean of students and director of financial aid.

“Lew had a voice that made you stop and take notice. His laugh, equally deep and resonant, couldn’t help but make you smile. His love for the university resonated much like his laugh.” 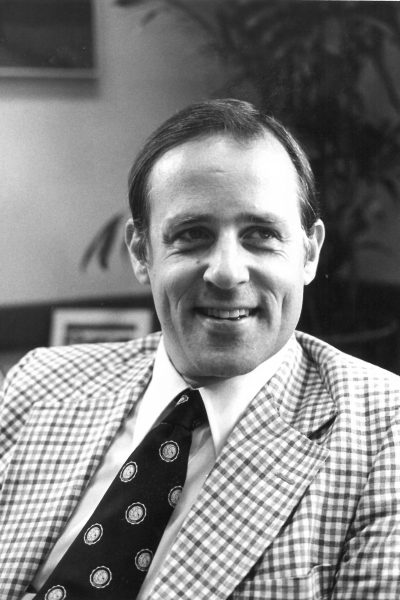 Lewis George John, professor of politics emeritus at Washington and Lee University, died on Nov. 6, 2017, in Lexington. He was 80. During his 43 years at W&L, John, a 1958 graduate of the university, also served as dean of students and director of financial aid.

“From 1963 until his retirement in 2006, Lew John served generations of W&L students in two capacities — as a caring dean of students, and as a respected professor of politics,” said W&L President Will Dudley. “His devotion to the university was unmistakable. How fortunate we are that we can also claim him as an alumnus.”

John was born on Nov. 25, 1936, in Waco, Texas, and grew up in Olean, New York. He held a B.A. in economics from Washington and Lee (1958), an M.P.A. from Princeton University (1961), and a Ph.D. in social science from Syracuse University (1973). He studied at Syracuse under a Lehman Graduate Fellowship for outstanding graduate students, while on a leave of absence from W&L. He studied political economy at the University of Edinburgh as a Fulbright Scholar from 1958 to 1959, and from 1959 to 1960 was a Woodrow Wilson Fellow at Princeton.

During his Princeton year, he worked as an executive trainee in the Office of the Secretary of the Defense in Washington, D.C. A graduate of ROTC, he served as a first lieutenant in the U.S. Army from 1961 to 1963, commanding the Nike Hercules Battery in Edgemont, Pennsylvania.

John returned to his alma mater in 1963 as the assistant dean of students and director of financial aid. He served as dean of students from 1969 to 1990, when he turned to full-time teaching in the Williams School of Commerce, Economics, and Politics. He taught American government and public administration, and researched consumer protection for students.

“Lew had a voice that made you stop and take notice. His laugh, equally deep and resonant, couldn’t help but make you smile. His love for the university resonated much like his laugh,” said Robert D. Straughan, Crawford Family Dean of the Williams School. “We have tried to build on some of the academic initiatives that he helped cultivate, not the least of which is our British politics program. It has since inspired a similar program in South Africa. We hope to have additional programs in Latin America and Asia at some point. We have Lew to thank for paving the way.”

He also served the Lexington community in many ways, including stints on the Lexington School Board (chair, 1980-1981); on the Joint Committee for Control of Lexington High School (chair, 1979-1980); on the Rockbridge Area Drug Council (chair, 1972-1975); and on the Planning District Drug Abuse Council. 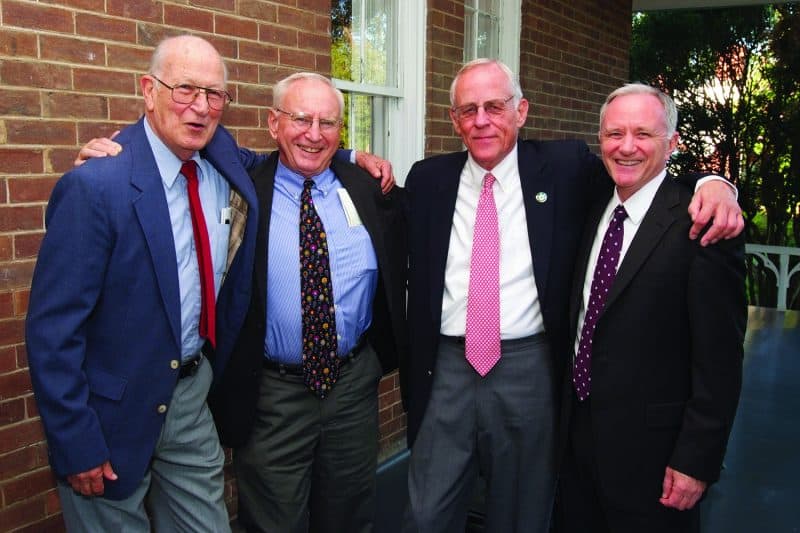 During his student days at W&L, John belonged to Delta Upsilon social fraternity, and he received an award from the Washington Literary Society as a student who had contributed the most to the university. He was president of the Interfraternity Council and a dormitory counselor.

In 1985, John received the William Webb Pusey III Award from the Executive Committee of the Student Body for his outstanding service and dedication to the university. His classmates honored him with the Class of 1958 Lew & Annette John Honor Scholarship. In 2013, he received the Distinguished Alumnus Award from W&L, and in 2016, the university unveiled Lewis John Avenue in the new Village for third-year housing. On the latter occasion, he said, “I’m very pleased to have my name associated with an area of student housing, since I spent most of my career with students.”

In lieu of flowers, memorial gifts may be made to the Class of 1958 Lew & Annette John Honor Scholarship.