Washington and Lee University is proud to announce this year’s Distinguished Alumni Award winners. While Alumni Weekend 2020 was cancelled, we hope to honor these amazing W&L graduates in person at a later date. 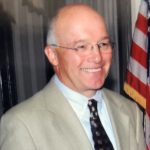 John started his career with the U.S. Postal Service in 1970 upon graduating. He rose from management intern to become the regional director for customer services for the Northeastern US with responsibilities for all delivery, retail, sales and vehicle services operations. He was then promoted to manage the world’s largest postal operation at the age of 34 as Postmaster/General Manager of the New York division with its 25,000 employees and annual revenues in 1985 of over $1 billion dollars. He was the recipient of the Postal Service’s highest executive achievement award and received several industry awards for his work.

In 1989 he was recruited by Merrill Lynch to run the operations of a new internal organization that transformed and consolidated the commercial print, computer print, proxy services, fulfillment, statement rendering and letter shop operations. In 2000, John was recruited to return to the Postal Service as its Deputy Postmaster General and a member of its Board of Governors. He led the management team involved in negotiating the ground-breaking Fedex partnership, was a key figure in developing the USPS Transformation Plan, and, with the Postmaster General, guided the Postal Service through the anthrax crisis. Following his retirement from the Postal Service, John served as a consultant to the Booz Allen Hamilton consulting company and has been a senior advisor to Arsenal Venture Partners for a number of years. He has also served on the boards of 2 startup logistics companies: Skypostal and Streamlite. His nonprofit board experience includes the chairmanship at Linden Resources and the Smithsonian Institution’s National Postal Museum.

A particular area of emphasis and delight has been John’s involvement with the Shepherd Poverty Program at W&L where he served as the first chairman of its Alumni Advisory Board and has coordinated the Elrod Fellowship Program in DC for over 10 years. John has also served on four of his reunion committees and is co-chair of the 50th reunion this year. John and his wife, Joyce, have been married for 49 years. They have a son, Michael ‘99, and daughter, Courtney ‘01, and four grandsons ages 7 to 10 (classes of ‘32, ‘33 and ‘35??). He is a graduate of the Harvard Business School Program for Management Development. 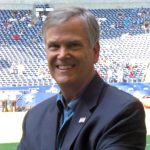 In 2002, Ned became the president and CEO of the United States Service Organizations (USO), the only global civilian organization supporting the U.S. military. President Franklin Roosevelt founded the USO in 1941. The USO operates more than 130 centers around the world. U.S. and overseas USO facilities from San Diego to Bagram, Afghanistan are visited more than 5 million times each year by Service members and their families. Under Ned’s leadership the USO saw significant expansion. The operating budget expanded from less than $40 million a year to almost $250 million in 2008. USO’s active donor base grew from 200,000 to more than 1.5 million individuals.

Prior to joining the USO, Ned served as assistant secretary for management (CFO), and deputy secretary (acting) at the U.S. Department of Veterans Affairs (VA). At the time the VA was the second largest cabinet department with a budget of more than $50 billion. During his tenure as CFO, the VA achieved its first-ever clean audit opinion. Ned oversaw the implementation of a purchase card system, the development of the department’s first budget accountability reporting, and he played an instrumental role in the integration of financial, operational, and inventory management of the VA’s huge healthcare system. Through improvement in its prescription formulary and prescription mail-out program, the VA saved almost $650 million annually in drug costs, while improving patient service and safety.

Ned has been an adjunct faculty member at the University of Richmond, teaching business policy and ethics. He has served on many civic and corporate boards over the years and continues to consult on healthcare, nonprofit management, CEO coaching, and veteran related matters. A staunch supporter of the W&L Annual Fund, Ned also served on his 25threunion committee. 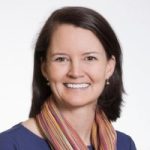 Liz graduated W&L in 1995 with a degree in art history. As a student she was a member of Kathekon, the Student Development Committee (early phonathon caller!), and president of Kappa Kappa Gamma. She was also a proud one-year member of the Varsity tennis team. After graduation she taught skiing in Jackson Hole, WY where she began dating Ben Brown ’94, ‘03L whom she eventually married.

Liz’s career has included over a decade in non-profit development, including serving as director of membership for the Phillips Collection modern art museum in Washington, DC where she enjoyed using her art history degree. In addition, she enjoyed working as director of the Annual Fund at W&L while Ben was back in law school. Liz also spent almost fifteen years working with her brother to manager her family’s wealth transfer company. Liz now manages the Richard Lounsbery Foundation which focuses on enhancing national strengths in science and technology, fostering a strong French-American cooperation and supporting scientists working in regions of conflict.

Liz and Ben live just outside Washington, DC, Liz’s hometown, with their two children, Henry (15) and Pope (13). In Washington, Liz has served as co-chair of the Washington Antiques Show, board member and chair of St. Columba’s Nursery School, meal delivery coordinator for her Church, PTA volunteer coordinator for her children’s elementary school, class agent for her Sidwell Friends School class, and room parent more times than she can count. She is now devoting her time towards the Bishop Walker School – a tuition-free Episcopal school for children from traditionally underserved communities in Washington, DC. 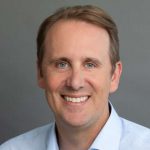 Reuben is the founder and managing partner of Vision Ridge Partners, LLC, a leading sustainable asset investment firm. He founded Vision Ridge Partners in 2008 in order to bring decades of value investing experience to bear on what he saw as the financial opportunities presented by sustainable solutions. A former partner with The Baupost Group, LLC, a investment firm with over $30 billion in assets, Reuben has also been a consultant to Texas Pacific Group and an investment banker with James D. Wolfensohn, Inc. His passion and expertise in electrified mobility, renewable electricity generation, the built environment, and other assets make him a leader in sustainable investing. Reuben is chairman of Securing America’s Future Energy, a trustee of the Rocky Mountain Institute, a founding member of the Executive Committee of the Electrification Coalition, and a member of the League of Conservation Voters board of directors and serves on the boards of numerous private companies including GSSG Solar LLC, Guzman Energy Inc., EVgo Services LLC, and Key Capture Energy Inc. Reuben has over twenty years of investment experience in Norway, Europe more broadly and the United States.

Reuben has been a stalwart supporter of W&L, including serving as an Executive-in-Residence for the Williams School in 2011 and on his 15th reunion committee. He and his wife Mindy and live in Boulder, Colorado, with their two kids, Lou (13) and Sierra (12).