Washington and Lee University is proud to announce this year’s Distinguished Young Alumni Award winners. We will celebrate the recipients  during virtual Young Alumni Weekend, October 29 – 31. You can register for individual events on our website. 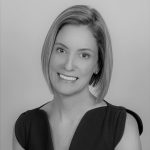 As a student Katie was active on campus as an Admissions Tour Guide, volunteer with Nabors Service League and Health Council, and member of Kappa Delta sorority.  Additionally, she was selected to the Omicron Delta Kappa Leadership Society. Upon graduation, Katie moved to Washington, DC, and began a career with Deloitte in strategy consulting following the completion of her Masters of Public Policy at American University. Katie spent the majority of her Deloitte years as part of the Deloitte Greenhouse, a nimble national team focused on designing and facilitating strategy workshops for executives and their teams. This work with Deloitte, which is rooted in the fields of design thinking, behavioral science and innovation theory, ultimately led her to an ICF-certified (International Coaching Federation) leadership coaching program at Rice University.

After multiple years of mentorship under the tutelage of several premiere executive coaches with expertise in human behavior, systems change and energy leadership, Katie followed her own passions to invest full-time in executive coaching. She is the Founder of Baird Coaching and focuses much of her work helping clients to intentionally advance their careers and manage through transitions (both the anticipated and unexpected). Katie also partners nationwide with executive recruiters and other coaches to collaborate on business strategy and provide coaching services to their client base. This collaborative coaching work also includes her role as COO of FORTE, a content distribution platform built to actualize professional women across career levels with the underlying goal of modernizing corporate America (the Founder of FORTE is Dr. Jennifer Messina (formerly Sayre) also a familiar name to many in the W&L community).

Throughout her time in DC, Boston and Houston, Katie has remained an active volunteer for W&L, serving in a variety of alumni chapter roles and as an interviewer for the Alumni Admissions Program. She also gives of her time to other organizations she deeply values including Camp Seafarer and Dress for Success. Katie currently resides in Houston, TX with her husband, James (W&L ‘10). 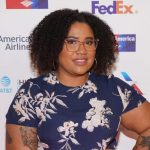 After graduation, Marquita attended film school at the University of Southern California. She didn’t go directly from film school to a job with a television show or movie. She first worked for a talent-management company to further develop her connections in Los Angeles. There, Marquita learned about managing writers, directors, show creators and others connected to the world she aspired to join.

Her next stops included working as a writer’s assistant on the show “Lucky Seven,” she later was a researcher for “@Midnight,” a live-comedy show that relied on trending topics on social media to create games. She worked for two feature writers on the movie “Barbershop 3” and was a show runner’s assistant for the ABC comedy “Black-ish,” where she is now a writer and producer. Marquita also worked as a staff writer on “New Girl,” “Survivor’s Remorse,” and on the final season of rom-com “You’re the Worst.” She then went on to write for GLOW, a Netflix show that ran for three seasons.

Marquita is an active member of the Los Angeles Alumni Chapter and has regularly given her time as a mentor to W&L students. 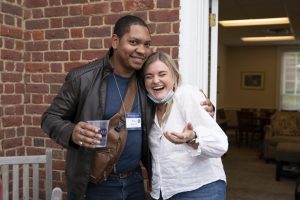