Washington and Lee University is proud to announce the 2022 Distinguished  Alumni Award winners. We will celebrate them during this year’s Alumni Weekend. Visit the website for a full schedule of events. 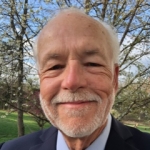 As Vice President for College Relations at Gettysburg College (1993-2005), Lex was responsible for the management of alumni and parent relations, external affairs, and resource development. Again, the comprehensive campaign exceeded its $100 million goal.

Lex became the president of Albright College, Reading, PA, in 2005. During his tenure, McMillan led the College to record enrollments, new academic programs, improved retention, a dramatic increase in its endowment, and numerous capital improvements. He led the community to support a $39 million renovation and expansion of its science center, a new fitness center, the creation of a new center for business and civic leadership, renovations to residence halls, and other extensive campus improvements.

Upon his retirement in 2017, the Albright Board of Trustees elected him President Emeritus, just the third president so honored in Albright’s 161-year history. The college’s campus center was renamed in his honor, and his name was inscribed on Albright’s Founders Wall, which honors its most significant leaders and benefactors.

He is immediate past chair of the National Velodrome Development Foundation, a former volunteer speaker and advocate for Fair Districts PA, a citizens’ action group for electoral reform, a Board member with the Adams Rescue Mission in Gettysburg and with Healthy Adams Bicycle/Pedestrian, Inc., as well as a lector and choir member in his church.  Lex speaks on C. S. Lewis, the major British scholar, writer, and Christian apologist. 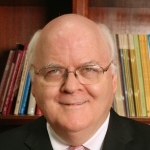 Ned began an impactful career in higher education in public relations for Mary Washington College and alumni relations / annual fund for Rhodes College; He later served as vice president for development at Austin College and Randolph-Macon College, and at both institutions, he coordinated their largest capital campaigns to date. While in college administration, Ned was active in the work of the Council for the Advancement and Support of Education and the Virginia Association of Fundraising Executives, for which he served as President.

In 2002, he became president of the Virginia Foundation for Independent Colleges, which supports and advances the distinctive values and strengths of the leading private colleges and universities in Virginia, including Washington & Lee. The VFIC secures financial support, increases visibility, facilitates collaborative programs for its member colleges, and supports the kind of personalized educational experience he had on this campus.

In 2010, Ned became executive director of the Foundation for Independent Higher Education in Washington DC, the national association for the VFIC and similar state-based private college consortia in the country. He helped effect the merger of FIHE with another national association, the Council of Independent Colleges, well-known for providing services to leaders of independent small and mid-sized private liberal arts colleges and universities and universities in America and abroad. For CIC, Ned continued to advance the programs of the private college consortia, and he continues after retirement to serve as a senior advisor to that organization.

Through the years, Ned has been a loyal supporter of the university’s Annual Fund, chapter events, and sport teams, and was pleased recently to join his classmates in supporting the Class of 1972 full W&L experience endowment. 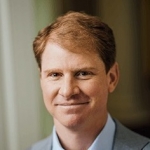 Robert graduated in 1997 with a Bachelor of Science in Natural Science and Mathematics. He was a member of Kappa Alpha Order, the Fellowship of Christian Athletes, the Student Body Executive Committee, the Student Judicial Council, and the Student Conduct Committee. He was on the golf team. He was tapped for Who’s Who in American Colleges and Universities.

He obtained a Masters of Public Health from Yale University in 1999.

Robert is the Founder and Managing Partner of Braemont Capital Partners, a growth equity investment firm focused on families, entrepreneurs, and founders. He chairs the management committee and assists companies with their growth objectives.

Previously, Robert was the Co-Managing Partner of Red Bird Capital. Robert invested in growth equity for over two decades and built a $5B private equity firm.  Notable companies included Compass Datacenters, where he served as Board Chair, Constellation Affiliated Partners, and N3.  He was previously with The Stephens Group and SSM Partners. He also founded and was CEO of First Door Software, an early software as a service (“SaaS”) company.

Robert has served on the board of the Nature Conservancy in both Tennessee and Arkansas; Streets Ministries; and Serve West Dallas.  Robert is the Chairman of YPO (Young President’s Organization) Dallas.

Robert and his spouse Josephine, class of 1996, have been very generous and involved alumni. They have supported the Generals Club, the Duchossois Athletic Center, and the Annual Fund. Robert has served on several class reunion committees including his 25th and is a class co-chair of our impactful Parents Leadership Council. He is a friend and supporter of the W&L golf teams. 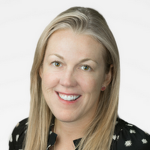 Erika Snyder Hagberg graduated in 1997 with a Bachelor of Arts in Journalism and Mass Communications. She was co-captain of the varsity lacrosse team and was a member of Big Brothers/Big Sisters, the campus cable television station, and the L.I.F.E. Health Council. She was on the steering committee for the 2000 Republican Mock Convention.

Her career began as an Account Executive at AOL and after several years she moved into an account manager role at Time Warner following its merger with AOL. She held several sales & marketing roles at The Fortune Group, where she finished as an account executive at Money Magazine.

Mrs. Hagberg joined Google in 2005. She built the North America Financial Services advertising team and cultivated relationships with Google’s largest partners in banking, credit cards, insurance, and investments. From 2013 to 2016 Erika served as the North America Head of Industry for some of the largest Food and Beverage companies as they were building their digital transformation plans.

Currently, Erika is the Director of Global Client and Agency Solutions at Google. This team sits at the center of the evolving digital landscape of rapid consumer change, new privacy expectations, and the largest shift of digitization in a generation. She leads some of the world’s largest brands globally and advises them on all aspects of online business strategy by utilizing Google’s diverse product portfolio.

Erika has been an involved and supportive alumna. She is a current member of the Williams School Advisory Board.  She was a four-year member of the entrepreneurship advisory board, a four-year class agent, and a member of her 20th and 25th reunion class committees.  She is an ardent supporter of the Entrepreneurship Summit, having delivered the keynote remarks in 2016. She has also supported the Women’s Leadership Summit.

Erika has supported the Annual Fund since graduation, and she is a generous supporter of the Class of 1997 endowment for pre-orientation programs. She resides in Rumson, NJ with her husband Peder (class of ‘97) and 3 sons William (15), James (14), Layton (10), and Portuguese Water Dog Fisher (3).