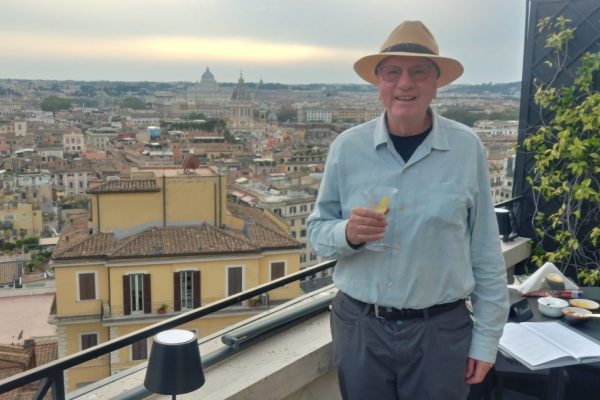 William “Skip” Davison ’67 had a rocky start at W&L when he entered as a first-year student in the fall of 1962. With the country in the midst of the Civil Rights movement, issues confronting segregation were sweeping the nation, especially in the South. The New Jersey native supported Civil Rights and said it was not a popular stance at Washington and Lee at the time. “I expressed my views, and I was ostracized socially,” Davison recalled. “It was a lonely experience.”

While studying in the chemistry library during his first year, Davison met James Keith Shillington, a chemistry professor who became his mentor and friend — a relationship that would later inspire Davison’s longstanding generosity.

“Shillington was, in a word, exuberant. He took a real interest in his students, myself being one of them.”

“Shillington talked me into becoming a chemistry major,” Davison said. “He was really my savior at Washington and Lee — with his support, I developed a social and an intellectual life at the school.” Shillington invited Davison to join a small group of students for Friday evening visits in his home, and then later to faculty dinners that he hosted on Sundays. “We would socialize and solve the problems of the world,” Davison recalled. “And we didn’t just talk about chemistry, we discussed art, theatre, philosophy — Shillington was a Renaissance man when it came to education.”

After graduating from W&L in 1967 with a chemistry degree, Davison attended medical school at the Kimmel Medical College – Thomas Jefferson University and completed his residency at Northwestern University. He went into private practice as a neurologist in the Chicago area and retired a year ago after more than 40 years in practice. He is a faculty member at Northwestern and has taught clinical neurology there since 1977.

Davison maintained ties with his mentor and invited him to Chicago on more than one occasion. They attended the opera, ate dinner at great restaurants and went sailing on Lake Michigan. When Shillington died in in 1992, his sister called Davison to let him know.

When the James Keith Shillington Scholarship was established in 1988, Davison made a gift and has remained a loyal donor. Additionally, he included a generous bequest to the scholarship in his will.

After learning that there was another endowment created in memory of his mentor, Davison began giving to the Keith Shillington Summer Research Scholars Endowment. “Summer experiences for students is a great idea — supporting the sciences and getting young people interested in the sciences is a worthwhile investment,” he said.

Shillington taught chemistry at W&L for 38 years and had a major influence on a number of students. Davison continues to support his legacy, benefiting students every year.

“Shillington was, in a word, exuberant. He took a real interest in his students, myself being one of them,” Davison said.

A lifelong learner at heart, Davison is taking a class on the Enlightenment at the University of Chicago and he and his wife Dale were able to travel to Italy and France recently. The couple plans to go to Antarctica through the W&L Traveller program in January 2022. 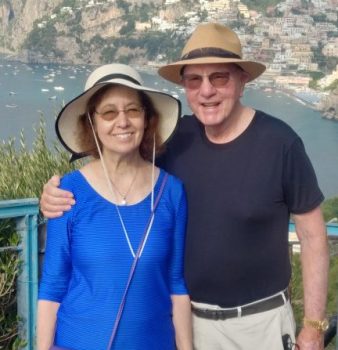 If you are interested in making a bequest to W&L, please visit plannedgiving.wlu.edu or contact the Gift Planning staff at 540-458-8429.