A Good Neighbor: Hatton Smith ’73 “If you are blessed with influence or gifts, you need to have a positive impact on the environment around you.” 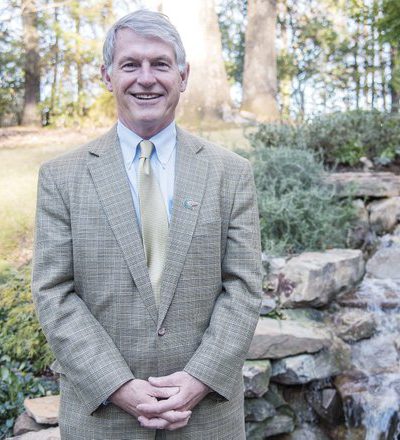 Hatton Smith, the CEO emeritus of Royal Cup, likes to be a good neighbor in his community of Mountain Brook, a suburb of Birmingham, Alabama.

The 1973 graduate and former trustee of Washington and Lee University, said in a profile about him on the Village Living website, “I think in business and in life, if you practice the second commandment as best you can, it makes for a better world.”

In December, Hatton received the 2016 Chamber of Commerce Jemison Visionary Award for his significant contributions to his community. For Hatton, that list is impressively long, including a $35 million fundraiser to restore the University of Alabama at Birmingham’s football team and build a new facility. He also worked on the initial campaign for the Mountain Brook City Schools Foundation and in fundraising to build the Rotary Trail, which runs through downtown Birmingham. Hatton also sits on the Birmingham-Southern College board, advises nonprofits throughout the city and helps individuals search for jobs that fit their skill sets and requirements.

He noted, “If you are blessed with influence or gifts, you need to have a positive impact on the environment around you.”