A Lifetime of Giving Back Dick Stuart '37 celebrated his 88-year relationship with W&L by making his leadership gift to the Annual Fund. 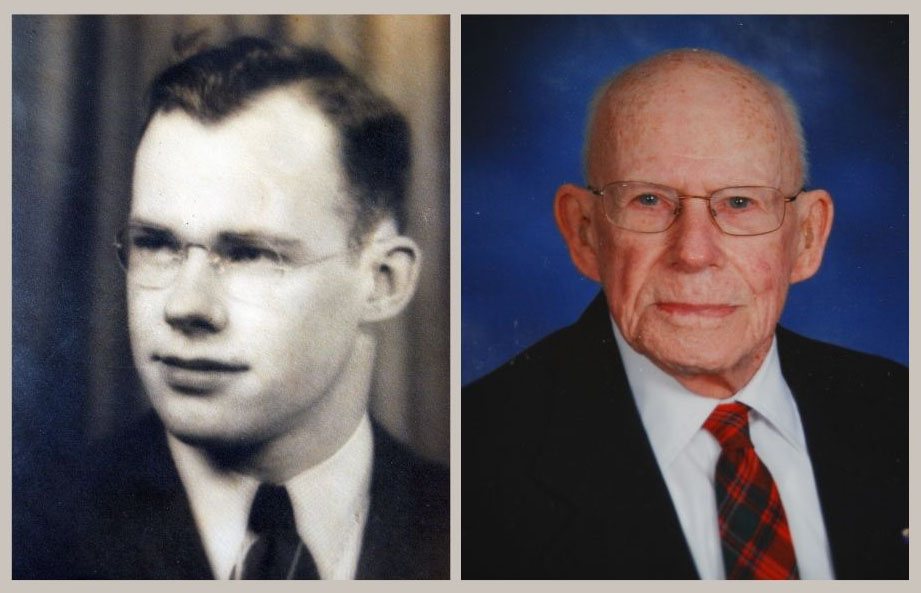 UPDATE: Dick Stuart passed away on April 24, 2021 at the age of 104. Washington and Lee University greatly appreciates the generous support he showed over his incredible 88-year relationship with his alma mater.

Since matriculating in 1933, Richard K. “Dick” Stuart ’37 has loyally supported Washington and Lee. Recently, he celebrated his 88-year relationship with his alma mater by making his annual gift as a member of The President’s Society. W&L’s oldest living alumnus, Stuart began his philanthropic journey as a senior in college by taking on a leadership role in organizing the class gift to the university. The Class of 1937 Scholarship is awarded to a high-achieving student each year. “If memory serves me right, this was the first of such a class fund,” he said. “Every year, I enjoy receiving a letter of thanks from the student who receives the scholarship.”

Stuart came to W&L from Massachusetts and graduated with a Bachelor of Arts in English and psychology in 1937. He served in WWII and was part of the Office of Strategic Services, a wartime intelligence agency recently recognized with unit certification and awarded a Congressional Gold Medal. Following the war, he continued his career in intelligence as an expert in Southeast Asia for the Department of State and later the Foreign Service. For a number of years following retirement, he enjoyed living close to the W&L campus in Lexington. His son, Dr. Richard K. Stuart Jr., is a member of the W&L Class of 1974.

Through his generosity and his years of service as a class agent encouraging support for the Annual Fund, Stuart has shown an inspiring commitment to W&L. With more than a 38-year consecutive giving record, he is without question one of the university’s most loyal donors.

“W&L taught me about leadership and about seeing others’ viewpoints,” Stuart said. “I think often of the campus and the warm friends I made, and I smile when I think of them!”