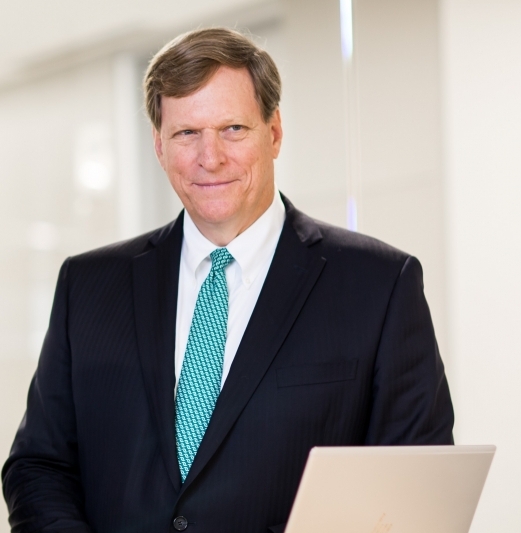 “At a smaller school, you get the focused attention of professors and other mentors. Similarly, as a junior member of a small firm, you get the attention of the senior advisors and have an opportunity to make a difference.”

Jim Lawson ’77 believes that the skills developed through a liberal arts education, such as problem-solving, creative thinking and leadership, create well-rounded professionals who thrive in the corporate setting. This is why Lincoln International, an independent investment bank and financial services company Lawson co-founded in 1996, has recruited over 31 W&L alumni since 1999.

Since its inception, the firm has grown from a startup with four people to one with more than 20 offices in 16 countries. It now ranks as one of the 10 most active mid-market mergers and acquisitions advisors in the world. Without Lawson’s personal interest as an alumnus, Lincoln International likely wouldn’t have considered recruiting from a small school in rural Virginia. However, to Lawson, it seemed to be a natural fit. After all, W&L students make the choice to go to a small school as opposed to a larger university.

“At a smaller school, you get the focused attention of professors and other mentors,” explained Lawson. “Similarly, as a junior member of a small firm, you get the attention of the senior advisors and have an opportunity to make a difference.”

First, W&L has an excellent career services team that knows their students and prepares them very well. “All recruiters have is their time,” Lawson explained. “Therefore, we focus our efforts on schools where the career services team minimizes the effort to recruit people and maximizes the proba- bility of being able to hire from that school.”

“To be entrepreneurial,” he added, “you have to have the confidence to try and risk failure. People are far more likely to take risks when they feel supported. W&L provides a supportive community where students are encouraged to explore their interests and take risks. Moreover, he believes W&L students are more well-rounded than graduates from other schools because “they have taken a broader array of academic classes and interests, they have more leadership opportunities and experience, and they are confident interpersonally.”

PATH TO SUCCESS
Many of Lincoln International’s recruits have used the firm as a launch pad to move on to other successful careers. Lincoln’s first W&L hire, Hudson Smith ’99, is recognized as one of the leading private equity software investors in the country.

Ann Richard Quandt ’01 was Lincoln’s first woman hire. She is now the COO of Upstream USA, a fast-growing nonprofit focused on women’s health in the U.S. More recently, Tom Concklin ’17 joined Lincoln after graduation and has been promoted to vice president of Lincoln’s healthcare investment banking sector.

OUTSTANDING CREDITIALS
Prior to co-founding Lincoln, Lawon served as a senior officer at Peers & Co., an M&A boutique, where he established the Chicago office and worked on cross-border transactions. Lawson also served as a senior vice president in corporate finance for PaineWebber Incorporated, which was acquired by UBS. There, he worked in both the New York and Chicago offices, initially as a generalist involved in equity capital market and debt capital market deals and then as part of the M&A group. The company now has 22 offices in 16 countries.

“People who have never heard of W&L before meeting the alumni working at Lincoln consistently say, ‘We need to hire more people from W&L,’ and ‘When my kids get old enough, they should consider going to W&L for college.’”

CURRICULUM VITAE
Lawson earned an M.B.A. from the University of Chicago Booth School of Business after completing his B.S. in business administration and accounting.

PAYING IT FORWARD
The Lawson Family Scholarship supports students from underrepresented populations in the Chicago area.