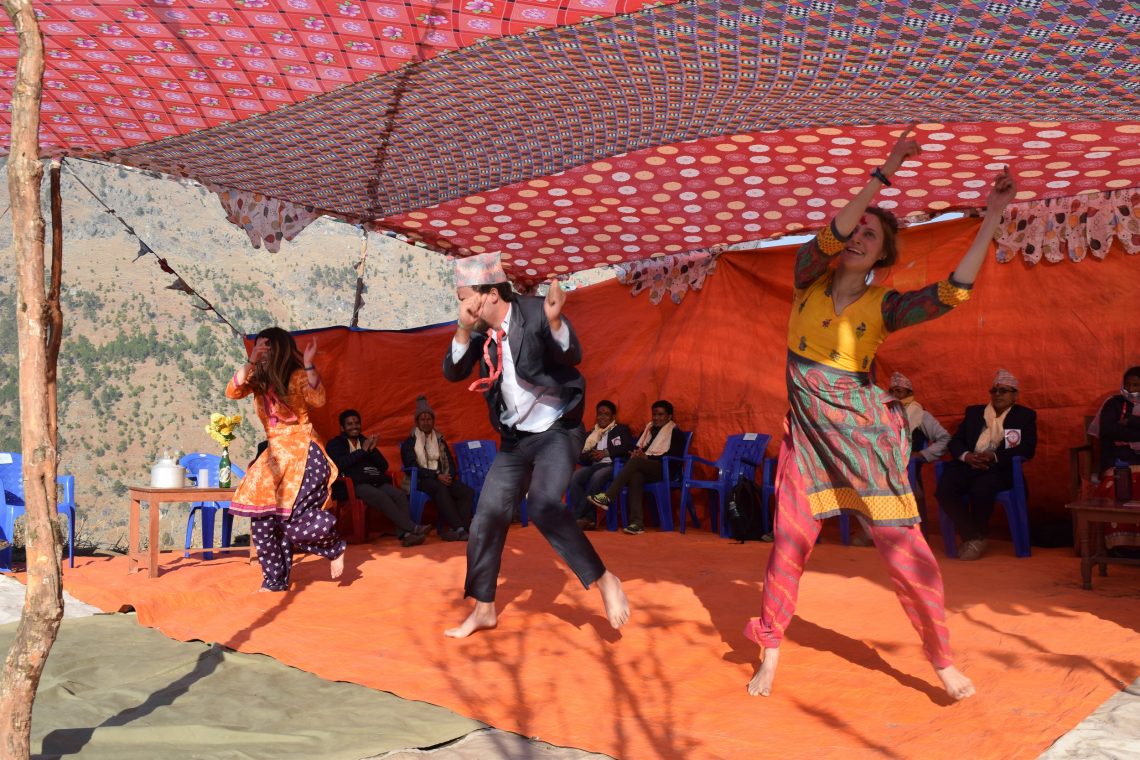 A Poetic Conversation on Women’s Health Sarah Helms '15 shares her documentary on the beauty and hardships of rural Nepal at the 14th National Symposium of Theater and Performance Arts in Academe.

“You can live a life dedicated to caring for the world and changing the world. That’s the real beauty to me.”

Sarah Helms ’15 (pictured dancing above right) returned to W&L recently to participate in the 14th National Symposium of Theater and Performance Arts in Academe organized by Domnica Radulescu, professor of comparative literature. Not only did Helms act in two of Radulescu’s plays, she presented her short documentary, “Odanaku: Poiesis of a Nepali Family,” on the beauty and hardships of life in rural Nepal, co-created with filmmaker Janey Fugate ’15, the film’s director. Helms worked there for nearly a year as a health educator for the Oda Foundation, founded by John Christopher ’09, and so named for the tiny village where it is headquartered.

Like many W&L alumni, Helms is many things – too multi-faceted to sum up in a simple string of accomplishments. At W&L, she was a French major who lettered twice in varsity track. She completed a pre-med curriculum and founded an experimental academic journal, The Stone, to showcase the work of over 100 students. She is also a writer and poet who credits a course she took with Professor Radulescu as “laying a framework for my current passions for creating a more compassionate conversation around women’s health.”

Perhaps that’s why her job in marketing in Washington, D.C. after graduation felt too confining. In August 2017, she made her way on a fellowship to Oda, a tiny village in the 12th-poorest country in the world, where not even a road services it – much less phone, internet, running water, or reliable electricity. Helms’ work there focused on health care and health education: “the foundation’s clinic provides life-saving care for over 1,000 patients a month and has distributed over 4,000 reusable Maxi-Kits for women’s hygiene,” she noted. “Prior to the foundation, access to medicine would have been a five-hour trip, and often unaffordable.” Helms was particularly moved by the hardships faced by the women of Oda. “Respiratory ailments and COPD [chronic obstructive pulmonary disease] are very common in women because they cook over closed fires. Also, women are confined in menstruation huts for days. The same after they give birth.”

Yet, the people she encountered were “resilient, clever, open-hearted, honorable.” Helms’ and Fugate’s film depict that complexity: the joy, relationships and community shared by the people of Oda set against a harsh landscape where basic services are virtually non-existent. 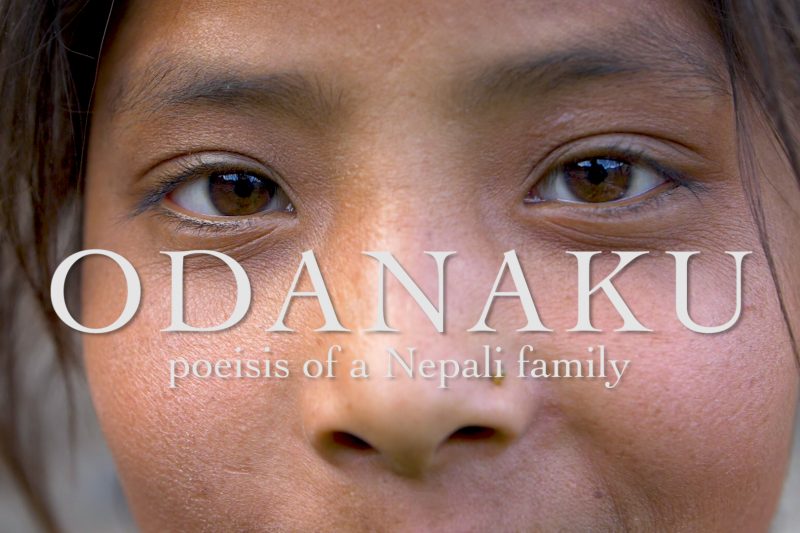 Helms described their film as an ethnography told through poetry, following the lives of a mother and her six children, Helms’ adoptive Nepalese family with whom she lived for a month. “How do we help someone understand a different life? There are data or graphs or maps. But for the meaning of a life, poetry is something that can actually convey the metaphors of the [subjects’] landscape, their world,” she said. “We wanted to create a documentary powerful enough that someone’s own life interacts with it. Not in a way that creates pity for the people of Oda or made their lives one-dimensional, but that, by showing an often harsh and entirely different part of the world, can impact the viewer by the power of their own curiosity, their own willingness to look deeper.”

Today, Helms is the U.S.-based grant coordinator for the Oda Foundation and an aspiring physician busy studying for the MCAT. She reflected on the influence that W&L had on her unusual journey across disciplines, cultures and continents. “Going to Nepal, it felt right that I would be following in fellow Generals’ footsteps. The professors of W&L encouraged me and several other Gennies to take chances. [Previous Oda Foundation fellow] Becca Dunn ’15, Jenny Fugate ’15, Oda Foundation founder John Christopher ’09, and myself share a passion for being eyes-wide-open global citizens. You can live a life dedicated to caring for the world and changing the world. That’s the real beauty to me.” 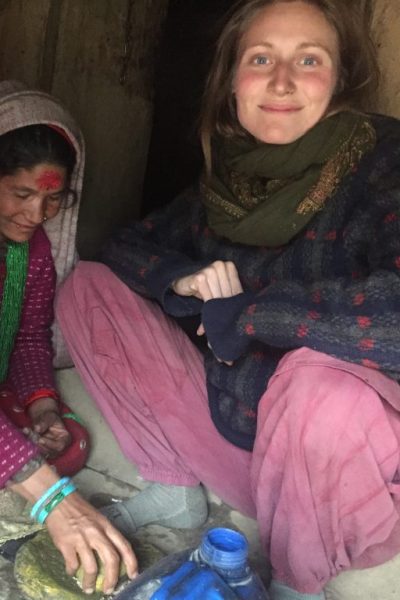 More About the Oda Foundation

Founded by John Christopher ’09 in 2013, the Oda Foundation offers medical services and educational opportunities to people in rural Nepal – specifically in the village of Oda.

Through Jan. 1, 2018 the foundation has seen over 40,000 patients, distributed over 4,000 reusable Maxi-Kits, established tutoring programs for over 200 children, developed meaningful relationships with government officials, constructed a stand-alone hospital, established a fully functional lab, created a scholarship program for Oda’s most deserving and underprivileged students, and most importantly, has become a welcomed and trusted member of the community that it serves. All paid staff are Nepalese, and most are from the region.