‘A Sacred Trust’ Paul Schlimm ’87, who retired from the Army as a colonel in 2016, credits W&L with preparing him for command, beginning his 27-year career as an officer. 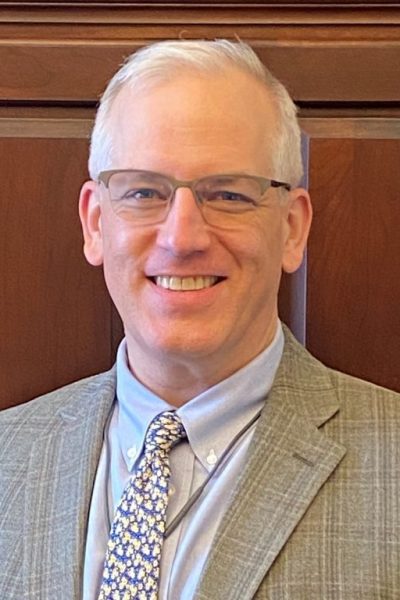 Paul Schlimm ’87 grew up in a family where most had served some time in the military, but he wasn’t sure what role he wanted the military to play in his life until partway through his freshman year at Washington and Lee.

“I had a tremendous number of folks to look up to in the ROTC department,” he explained. “I got there as a non-scholarship guy, and I wasn’t sure whether I wanted to make the military a career. But after the first semester in ROTC watching how some of the guys in the program carried themselves, I was convinced that the military was the line that I wanted to take.”

Schlimm, now a civilian deputy program manager and assistant professor at the U.S. Army Command and General Staff College, came to W&L because of its small size and friendly community. Turned off by the University of North Carolina at Chapel Hill after seeing its masses of students during a class change, he visited W&L with his father, who thought Lexington might be a better fit. A single conversation on the Colonnade convinced him he belonged.

“I remember my dad and I walking down the Colonnade, and he and I were talking about something. A guy named Tim Schurr (’84) turned around and heard us, engaged us in a quick conversation and took off.  And I thought, ‘Wow. Here’s a guy I don’t know stopping to talk to us. Y’know, this is where I fit in.’”

The academic environment was challenging but invigorating. For Schlimm, being dropped in the deep end and held responsible for his own academic performance was a transformative moment. Though he jokes that his sheepskin diploma was awarded “skin of my teeth,” he also remembers gaining a sense of personal accountability. He had German classes with four, three or even two students in which it was impossible to hide.

“Professor Kirk Follo (’67) had this uncanny ability: If he gave you 150 sentences to conjugate and you got 148 correct, he’d sniff out the ones that you didn’t get and call on you to work it in class.”

Schlimm joined the Army straight out of W&L in the shadow of the Cold War, serving as an armor officer and motivated by idealistic notions of defending the Constitution and defeating communism. But Operation Desert Storm, the invasion of Iraq in 1991, was a clarifying experience.

“Over time, it became less about the idealism and more and more about the people that you serve with on your left and right. You can’t internalize the notion that you’ve been put in command of some of the nation’s best until you actually have to go out and do it in a real situation like Desert Storm. Then it becomes ingrained that it’s a sacred trust, and you pray you don’t do anything dumb to get your soldiers hurt or killed.” That feeling grew during his tours in Iraq and Afghanistan after 9/11. “By the time I retired, it was way more about taking care of the folks within my bubble.”

Schlimm was medically retired in 2016 because of back injuries sustained 20 years before with the 82nd Airborne Division, an Army unit specializing in parachute assaults. “As we say in the 82nd,” he said, “it’s not the jumping that gets you, it’s the landing. It just caught up with me.”

He moved into civilian life at Ft. Leavenworth’s U.S. Army Command and General Staff College, which educates Army officers for ranks higher than captain. During his time there, he has overhauled the way his department revises its curriculum.

“I wasn’t happy with how we were keeping up with the changes happening in the Army,” he said. Army doctrine was shifting to refocus on threats from nation states versus global terrorism, and students were bringing new, relevant knowledge into the classroom. The faculty and curriculum had to keep pace. “I kind of instituted a mindset that as long as an emerging idea furthers the educational outcomes of the students, we’ll try anything. And if it works, we’ll see if we can scale it, and if it doesn’t work, well, let’s take some lessons learned from it.”

The new system freed experienced professors to experiment while maintaining a basic curriculum that new professors could implement successfully in their first year.

“Part of being an outcomes-based culture,” he said, “is acknowledging that the organization as a whole will benefit if everyone stays aware of where we’re trying to go and buys into that organizational goal. If you can do that, you can really generate a powerful organization.”

Of everything that influenced him at W&L — the Speaking Tradition, for example, he tries to re-create at Ft. Leavenworth — Schlimm values the people the most. “Looking back through 30-some-odd years of hindsight, honestly, I think it was the relationships I made when I was in school that have been most important to me over time.” He keeps in touch with his fraternity brothers and first-year hallmates from Graham-Lees. And the bonds he’s formed with W&L alumni in the military stand out strongly.

“When I was in Afghanistan in 2012 and 2013,” he said, “there were no less than six W&L graduates in-country. Three of them I knew personally. One of them I was serving in the same headquarters with for the third time in our careers. And you can’t replace that familiarity you have — the friction that just isn’t there when you pick up the phone to call somebody about a sticky problem and you’ve known this guy for 25 years.”

Schlimm served for a time with the military organization that performs recovery operations for U.S. service personnel listed as missing in action, some of them as far back as World War II. Of all the military operations he’s taken part in, those stand out as especially meaningful.

Schlimm counsels the officers he teaches to find something — for him it’s his three daughters — to keep them grounded. “If your world is six days of work and football on Sundays, and your sense of yourself is tied up in the badges and patches and things you wear on a uniform, when you end up having to take that thing off — which everyone will someday — I think a lot of my peers struggle with a sense of who they are.”

Outside of work, Schlimm has what he calls “the best midlife crisis known to mankind,” playing in a rock-and-roll cover band that practices in his basement and performs tunes from the ’60s through the ’90s.