For Washington and Lee alumnus Ted Le Clercq, this week’s fifth anniversary of Hurricane Katrina marked the successful completion of a significant campaign through which he has helped one of New Orleans’ great streets return to its previous grandeur.

A member of W&L’s Class of 1986, Ted was the guiding force in the effort to replant live oak trees along St. Charles Avenue, New Orleans’ main streetcar line. He walked the historic avenue, knocking on doors to raise money from businesses and citizens and getting permissions to plant the trees.

Last weekend, as the city’s residents commemorated the events of those horrific days in 2005, the last of the 250 trees was planted.

In a story about his efforts in the Tulane University New Wave, Ted said: “Celebrated by tourists and locals alike, St. Charles Avenue has been ranked among the 10 greatest streets in America. Live oaks are a symbol of St. Charles Avenue and of our city — they grace the avenue with beauty, they cause a cooling effect during our many hot months, and they increase business by attracting people to the avenue.” You can hear a 2008 interview with Ted about the project on New Orleans Podcasting

According to various media reports, the private-public partnership resulted in the $280,000 project — all from private donations — and included planting 130 trees between Lee Circle and Jackson Ave., where there had been few trees before the storm hit in 2005.

Ted, a philosophy major at W&L, is an employment and professional liability defense attorney with Deutsch, Kerrigan and Stiles and was recently named one of the top 50 leaders in the law in New Orleans by New Orleans City Business. 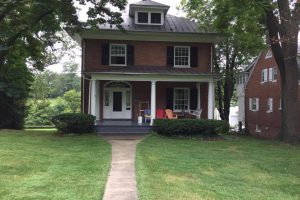 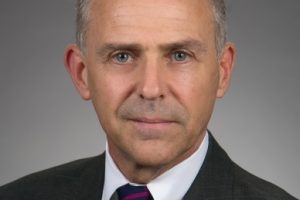 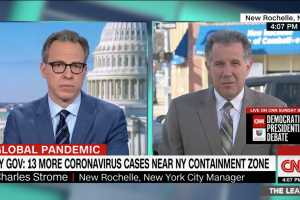