“Jack and I shared a passion for golf and for supporting golf at W&L, and I thought this endowment was a great way to honor his deep commitment to the program while benefiting it long-term.” ~ Tom Wall ’80

With Tom Wall ’80 and Beau Dudley ’74, ‘79L leading the charge, a group of W&L alumni and friends came together to support the Jack Vardaman ’62 Memorial Golf Endowment, meeting the $500,000 funding goal to benefit the Washington and Lee men’s and women’s golf teams.

Wall established the endowment in 2021 in memory of Vardaman, a dedicated alumnus and trustee emeritus who passed away in 2020 at the age of 80. Knowing that the university had many alumni who were active and passionate about golf and who respected Vardaman, Wall set in motion plans to grow the endowment. Now fully funded, it will support team travel for tournament competitions and opportunities to play on some of the best courses in the country.

“I like to give to help solve a problem, and the golf program was underfunded, relying on support from parents of students on the golf team,” Wall said. “Jack and I shared a passion for golf and for supporting golf at W&L, and I thought this endowment was a great way to honor his deep commitment to the program while benefiting it long-term.”

Both Wall and his father played on the W&L golf team as students, and Wall noted how far the program has come over the years, especially under Head Coach Pete Gyscek’s leadership. “Coach Pete has brought so many talented students to the teams,” he said. “It is easy to support programs that are well-run and inspire confidence.” In addition to creating the Vardaman Golf Endowment, Wall also endowed the W&L head golf coach’s position.

Gyscek has coached the golf teams at W&L for 12 seasons and started the women’s team in 2012, which is now ranked sixth in the nation. The women’s team has played in every National Collegiate Athletic Association (NCAA) Championship since 2016, finishing in ninth place finish in 2021 — a program-history best.

“High achievement both on the course and in the classroom makes W&L’s one of the most successful collegiate golf programs in the country across all divisions, and I have the best seat in the house watching it all unfold,” Gyscek said. “This endowment, which Tom Wall was instrumental in making a reality, will allow coaches now and in the future to develop a clear vision to help our extremely talented student athletes continue their success.”

Beau Dudley served as executive director of Alumni Engagement at W&L from 2006 until June 2022 and is now senior advisor to the vice president for University Advancement. Alumni Engagement worked with Coach Gyscek to organize golf events that connected alumni with current student players, and both Wall and Vardaman were very active in supporting and attending these events. “That was the real germination — alumni taking note of the golf teams’ talents and needs during friendly competitions at Kiawah and at East Lake Golf Club,” he said. “No one was more enthusiastic about these events than Jack Vardaman. The beauty of this endowment is that it will support competition worthy of our golf athletes’ considerable talents.”

Vardaman was both an accomplished amateur golfer and an enthusiastic and highly-involved alumnus. He spent the bulk of his career as an attorney at Williams & Connolly in Washington, D.C. An engaged W&L volunteer, he served on the university’s Board of Trustees from 2005 until 2014, overlapping with Wall and Dudley. He also served as a class agent for the Annual Fund, co-chaired his 50th reunion committee and was a member of the D.C. Area Capital Campaign Committee. In 2002, Vardaman received W&L’s Distinguished Alumnus Award.

While a student at W&L, he was captain of the golf team, and he and his teammates won the Virginia State Intercollegiate Championship at The Cascades Golf Course in Hot Springs, Virginia. For Vardaman, that game sparked a lifelong affection for The Cascades and Bath County, Virginia, where the Homestead and The Cascades are located. After establishing his career, Vardaman became a member of the Omni Homestead Resort and he and his wife acquired and carefully restored Malvern Hall in Bath County, the former home of legendary W&L benefactor Lettie Pate Evans. He also established a student scholarship at Bath County High School. Around 50 years after Vardaman and his teammates won the Virginia Intercollegiate, he claimed victory during the Virginia State Golf Association’s Super Senior Amateur Championship on the same Cascades course. 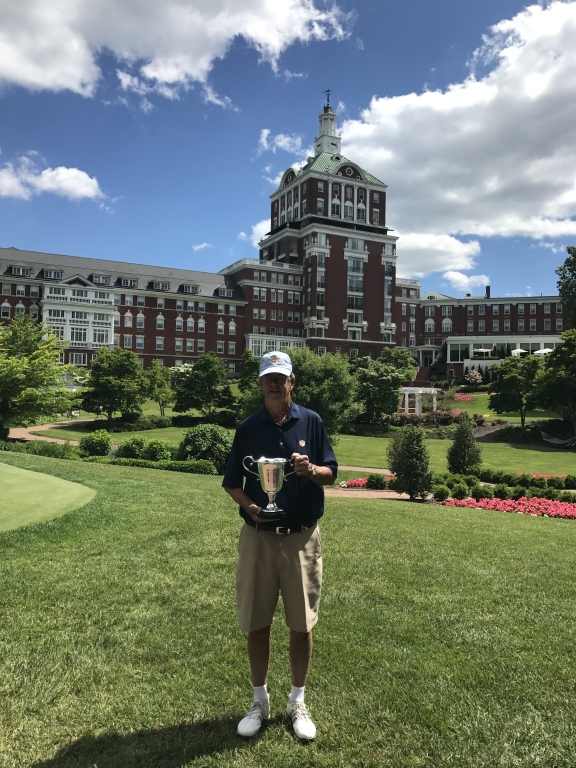 Vardaman was named VSGA Super Senior of the Year in 2018.

In October 2021, Dudley and Wall worked with Omni Homestead’s Director of Golf Mark Fry to plan a celebration of Vardaman’s impactful life. Fry, who grew up in Bath County, considered Vardaman a close personal friend. A tree and a memorial plaque were installed adjacent to the first tee on The Cascades course, and more than 70 people turned out for the event, including W&L’s golf teams.

Fry was 12 years old when he first met Vardaman and shared many fond memories from his childhood and beyond, from playing with Vardaman’s sons in the golf carts at the Homestead to playing many rounds of golf with Vardaman through the years.

“We planted the tree in the spot where I can still envision Jack watching the game,” Fry said. “He just enjoyed the sport wholeheartedly, and great shots — his or not — were a thrill for him. It was a fitting tribute to a man who meant so much to W&L, to golf, to the Homestead and to Bath County.”

Dudley acknowledged how supportive Wall and Vardaman’s fellow alumni and friends have been throughout the process. “Jack would be humble, proud and happy,” he said. “We are helping our golf teams compete and win at the national level while paying tribute to a great W&L gentleman and supporter.” 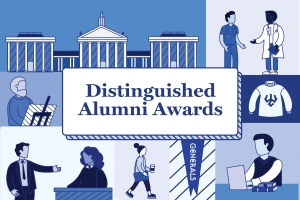 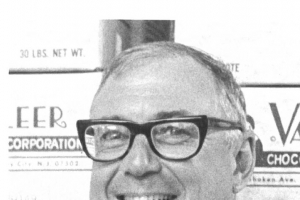 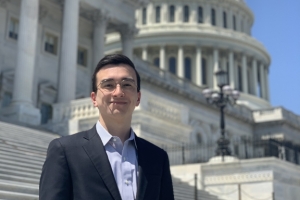