“A challenging aspect of this project was learning about all the different ways in which the Islamic State is distorting my religion and using it to justify the atrocities they commit. Some of the texts I read were very disturbing.” 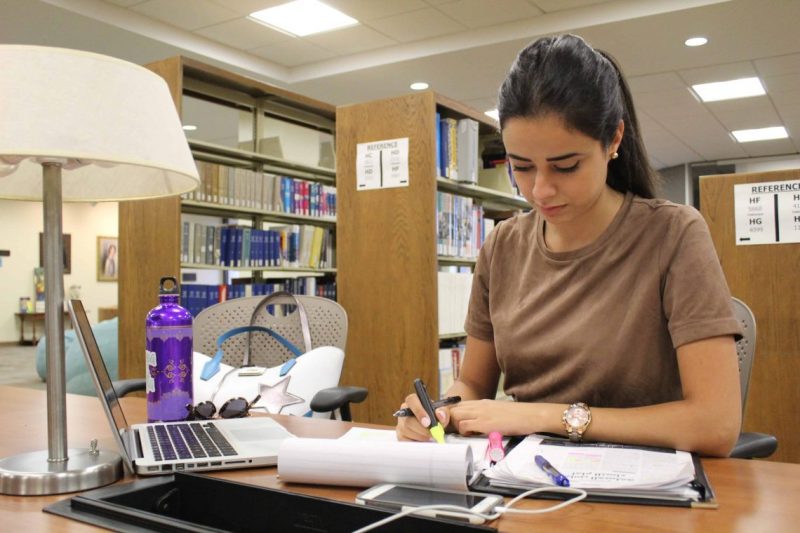 What was your summer research project?

Sam Childress and I worked with Professor Seth Cantey to determine where the Islamic State’s messaging is consistent and where it diverges across their magazines, Rumiyah and Saheefat al-Nabaa. We assume that the Arabic-language IS magazine Saheefat Al-Nabaa targets primarily Arab audiences while the English-language IS magazine Rumiyah targets those beyond the Arab world. Sam and I examined issues published over the past year and analyzed topics that appeared in both magazines or independently in one of them, depending on the target audience. We hope to eventually get our article published in a journal.

What did an average day for you look like?

I usually worked at the registrar’s office in the morning, then met up with Sam at the library in the afternoon to work on our research project. During this time, I was usually either reading articles from Saheefat al-Nabaa, discussing my findings with Sam or writing our article. Once a week, Sam and I met with Prof. Cantey to update him on our progress and get feedback. After work, I liked to go on a run or go to the gym, then go home, make dinner and watch Shark Tank with my housemates!

What was the most interesting thing you learned while working on this project?

The nature and the topic of our research project is unique and highly relevant to what is happening in the world today. Reading more than 40 issues of Saheefat al-Nabaa has definitely helped me gain a better understanding of the Islamic States’s motives and ideology. While working on this project, I was astonished by the way in which the Islamic State manages to skew the meaning of so many Qu’ran verses and sayings of the Prophet Muhammed by taking them out of context. Anyone who is not familiar with the Qu’ran and Islam might end up believing in their distorted evidence. 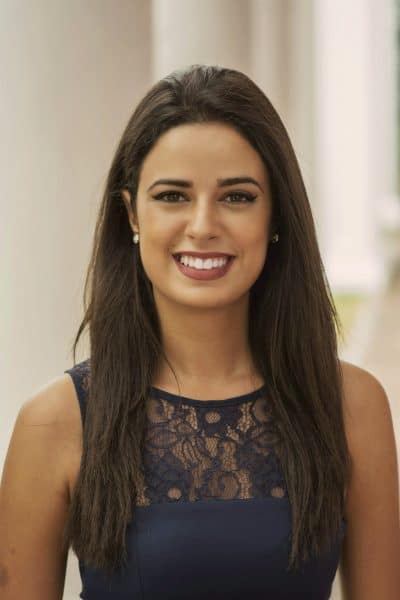 What was the biggest challenge you faced?

Reading in Arabic was definitely one of the most challenging aspects of my summer research project. Although I grew up learning both Moroccan and classical Arabic, I stopped taking classical Arabic classes in seventh grade and I have not been exposed to it much since then. At first, it was a little rough to read in classical Arabic, especially since all the texts had a lot of religious references. However, as soon as I started getting the hang of it again, it was not as difficult. Another challenging aspect of this project was learning about all the different ways in which the Islamic State is distorting my religion and using it to justify the atrocities they commit. Some of the texts I read were very disturbing.

Have you had any mentors during this time?

Prof. Cantey has been our mentor throughout this research project. Since freshman year, I’ve wanted to take one of his classes but I’ve never had a chance to do so (mostly because of the crazy wait lists). Working with him this summer has been a great honor and an invaluable experience. Prof. Cantey is an expert in the field of Middle East politics and terrorism studies. Our weekly meetings often turned into fascinating conversations about politics and current events. As cliché as this may sound, every time I leave his office I just feel like I know so much more than I did going in. Prof. Cantey has been very helpful with guiding us through this project and answering any questions we have, whether they are content-related or simply about an Arabic word I did not understand.

Did this experience impact your studies or future plans in any way?

This experience has further increased my interest in Middle East politics and the MENA region. This is a critical time for the Islamic State as they have just lost their largest city, Mosul, and they are slowly getting defeated by the Syrian forces in Raqqa, the capital of their self-proclaimed Caliphate. This research opportunity has enabled me to better understand the ideology of this group, as well as the implication of their actions as they are affecting people all over the world today.

I do not have any set post-graduation plans at the moment but I eventually would like to pursue a career in diplomacy with a focus on the MENA region. I look forward to taking Prof. Cantey’s terrorism and Middle East politics classes sometime over the next two years.

How did W&L prepare you for this experience?

This spring, I participated in the Washington Term Program and interned at the National Council on US-Arab Relations, a small political think tank in D.C. This opportunity allowed me to immerse myself in the politics of the MENA region and gain a deeper understanding of how U.S. foreign policy is affecting the Middle East. The timing of this internship couldn’t have been better. President Trump had just met with King Salman of Saudi Arabia during his first presidential trip abroad. Trump had also just approved a plan to arm the Syrian Kurdish Militia, the YPG, in hopes of pushing the Islamic State out of its de facto capital in the Syrian city of Raqqa. This internship was an invaluable experience which allowed me to dive into this research project more prepared.

Why is this kind of experience important to W&L students?

This kind of summer experience enables students to immerse themselves in the project they are working on while also developing close relationships with the professor(s) they are working with. This is an opportunity for students to explore in-depth a specific topic or subject they are passionate about or interested in, without having to worry about any other work. It’s also been great to get to know and connect with a number of faculty members in Lexington this summer.