Andrew Niblock ’97: Living and Working with ALS His efforts to inspire and educate his community were featured on ABC's "Good Morning America" 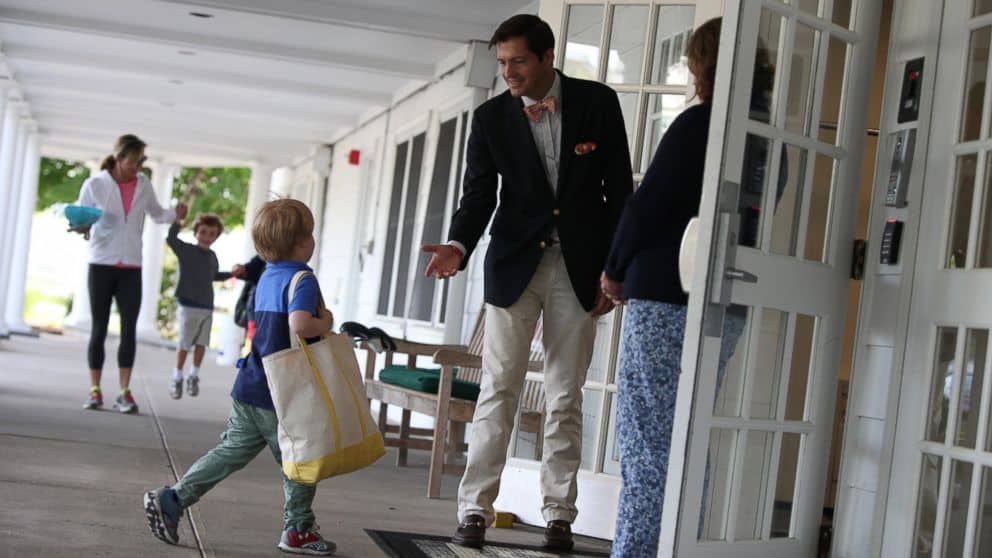 Andrew Niblock ’97 starts his day as head of the Greenwich Country Day School with hellos, handshakes and hugs.

Andrew Niblock, the head of the Greenwich (Connecticut) Country Day School’s lower school, makes a point of greeting his students by name as they step through the school’s entrance to start their day.

As the 1997 graduate of Washington and Lee University told Lara Spencer, an anchor of ABC’s “Good Morning America”: “I have the best job in the world. There might be somebody out there who gets more hugs than I do, during their work day, but I’d like to meet them.”

About a year ago, Andrew was diagnosed with Amyotrophic Lateral Sclerosis (ALS), also known as Lou Gehrig’s disease. But he has remained on the job because he wanted to be an example for his students and teach them a lesson about life. First and foremost an educator, he has created age-appropriate videos to help them understand more about the disease.

“I want children to understand curve balls,” Andrew said. “No matter what is thrown your way … if a kid powers through or makes the most of something later because of knowing me, that’d be great.”

Andrew has also helped raise money for research, gamely participating in the ice-bucket challenge that circled the globe a couple of years ago. As the word about his battle with ALS has spread, several W&L classmates are helping raise money for research, too. John Garvey, Brian Kuck, Chris Dalton and Steve Tye will cycle 104 miles — from Newton, Massachusetts, to New York City — in support of the ALS Therapy Development Institute.

You can see Andrew’s interview with ABC here. 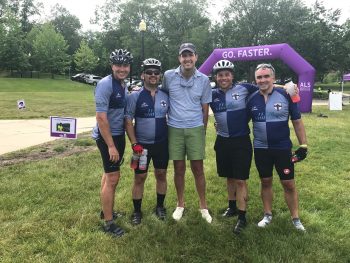 First of all, I survived the 106.5-mile ride on Friday. If you ever decide to do a 100+ mile bike ride with 5,700 feet worth of hills, I would recommend some hill training. The Silver Comet Trail (an old flat railroad trail where I did all of my training) did not provide adequate preparation for what ended up being some pretty intimidating climbing, but I made it.

More importantly, Team Niblock ended up raising over $$108,000 for ALS Research (as of June 27) and the overall event has raised almost $775,000 at last count. Truly amazing. Thank you for being a part of something so important to me. It was the first time I had ever asked for money for a cause and I was blown away by the generosity of friends and family.

Getting to spend the weekend with Andrew reinforced why we need to find a cure quickly. Fortunately, he will be starting infusions for the new drug recently approved by the FDA, the first one in 20 years, in August. The money you donated will be used to directly impact the work they are doing to accelerate additional treatments and solve the puzzle.

I am truly grateful for all of your support.