Despite a challenging year on many fronts, Advancement moved forward with raising funds and acquiring donors, and Washington and Lee alumni, parents and friends contributed generously to the university. The Annual Fund raised a total of approximately $9.2 million. Overall, the 2020-21 fiscal year ended with nearly $27 million in new commitments, gifts and estate intentions. More than 9,000 undergraduate alumni, law alumni, parents and friends supported the university with cash gifts. The first priority of the Strategic Plan was also completed by raising $7 million dollars for the Harte Center — a state-of-the-art teaching and learning center named in memory of alumnus Houston H. Harte ’50.

And in a challenging year, there are new records! Three previous records were broken by this year’s reunion classes ending in one and six.

Directed giving was introduced last July, allowing donors to directly support academics, diversity and inclusion, financial and student opportunities. The Undergraduate Annual Fund also allows directed support of arts and athletics. Directed giving presents an opportunity for donors to direct their gift to an area most meaningful in their W&L experience.

For the Undergraduate Annual Fund and the Law Fund, the category directed to area of greatest need remains the largest area funded. The six new areas introduced for the Undergraduate Annual Fund represent just over 10% of the funds raised while the four new areas for the Law Fund represent 8% of the funds raised. Financial aid, followed by academics, are the highest funded areas for both undergraduate and law.

We are incredibly grateful for your support and leadership and look forward to welcoming alumni and parents back on campus. 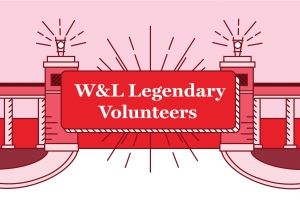 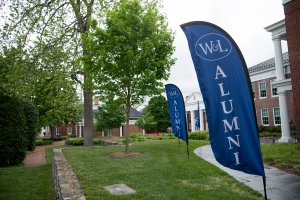 W&L Celebrates Return of Alumni to Campus for Reunion Weekend 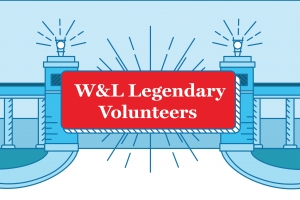