The 2016 German Law in Context program, an annual research seminar led by Washington and Lee professors Russell Miller and Paul Youngman, will explore Europe’s refugee crisis through a series of lectures, film screenings and other events.

Highlights of the series include a keynote address by Oxford professor David Miller, who has been studying and writing about questions of migration, national identity and citizenship for decades.  The New York Times called Miller’s latest book, “Strangers in Our Midst”(2016), “the deep thinking” we urgently need right now on the “relationship between the state and its citizens.”

Miller will give a lecture titled “The European Migration Crisis: Ethical and Political Issues” on October 7 at 3:00 p.m. in the Millhiser Moot Court Room in Lewis Hall. It will be broadcast live online.

The urgency of the questions raised by the program is clear.  Over the last several years, the civil war in Syria and violence elsewhere in the Middle East and northern Africa have forced millions of refugees to flee to the relative safety of Europe. Germany alone received more than 1.5 million asylum seekers and migrants by the end of 2015. W&L’s Russell Miller notes that Europe’s generous asylum policy, drawing on the lessons Europeans learned from the atrocities of WWII, has been a significant force drawing refugees north.

“Germany will be the unquestioned leader on this issue just as it will have to model the legal and social systems needed to cope with administering the wave of asylum applications and implementing the policies that will promote integration,” says W&L’s Miller.

The impact of this wave of migration on Germany and the rest of Europe has been significant, including causing significant political instability.

“This is the largest wave of human migration since World War II, and it has helped populist political forces gain ground in dramatic fashion, upsetting a decades-old political consensus across Europe,” says W&L’s Miller. “As the United Kingdom’s ‘Brexit’ referendum shockingly demonstrated, it is not beyond the realm of possibility that the European Union itself – with its freedom of movement and open internal borders and common external frontier – will be the most significant political fatality of the crisis.”

The seminar, now in its seventh year, involves W&L law and undergraduate students in an interdisciplinary examination of legal issues by exploring how history, politics, social institutions, the economy, and culture help illuminate and explain law and legal doctrine. Many of the law students participating in the seminar are associated with the work of the German Law Journal, which is based at W&L.

Alongside regular seminar discussions of the relevant legal framework, a series of interdisciplinary events is planned, including guest lectures from historians, political scientists, and experts in German cultural studies. The program also includes a film series.

For more information and full schedule of events, visit the 2016 program website. 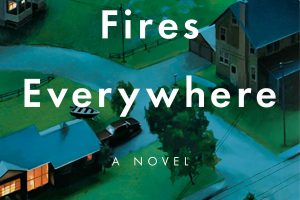