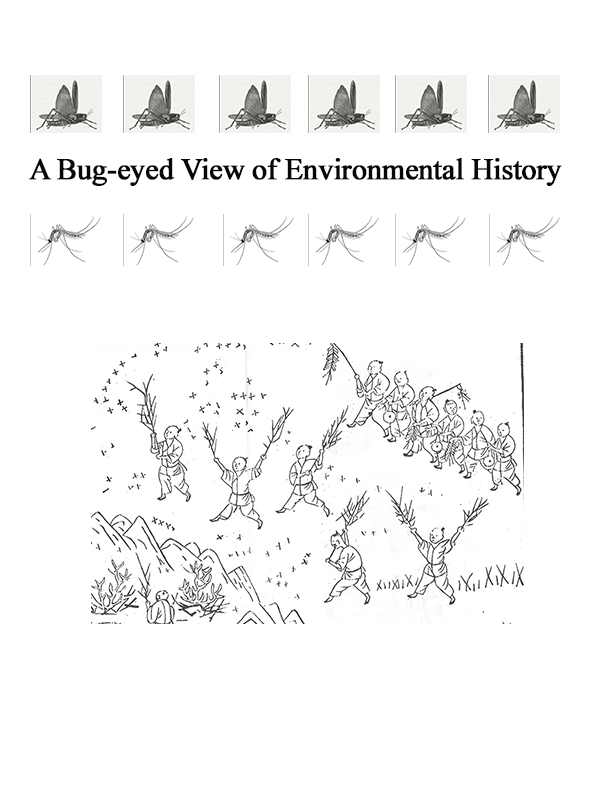 “A Bug-eyed View of Environmental History”

David A. Bello, Elizabeth Lewis Otey Professorship in East Asian Studies, will present an inaugural public lecture to celebrate his endowed professorship on April 25 at 5 p.m. in Northen Auditorium.

The title of Bello’s talk, which is free and open to the public, is: “A Bug-eyed View of Environmental History.”

In his lecture Bello will consider some representative 18th- and 19th-century examples of insect interventions on the settlements of China’s last dynasty, the Qing (1644-1912), to show how insects are “primary sources” of Chinese imperial, and not just environmental, history.

“Malarial mosquitoes and hungry locusts have persistently sucked and chomped their way through human society in ways that have changed how people behave politically and economically,” said Bello.

Bello received his Ph.D. from the University of Southern California. His main research interest is environmental and borderland history, involving relations between natural systems, ethnic identity and imperial space during China’s last dynasty.

His first book “Opium and the Limits of Empire: Drug Prohibition in the Chinese Interior, 1729-1850,” was published in 2005 by the Harvard Council on East Asian Studies. His latest book, “Across Forest, Steppe and Mountain: Environment, Identity and Empire in Qing China’s Borderlands,” was published in 2016 by Cambridge University Press in its “Studies in Environment and History” series.

The Elizabeth Lewis Otey Professorship in East Asian Studies was established in 1994 through the estate of Elizabeth Otey Watson in memory of her mother. The endowment provides support to a distinguished member of the faculty, using the Reeves Center and Watson Pavilion collections as an integral component of teaching responsibilities and academic research.