The Black Law Students Association at W&L closed out Fall 2019 with nearly ten successful events on the books and now they are in the midst of an equally active Spring 2020.

Earlier in the semester, BLSA at W&L organized a diversity mixer on the pavilion, complete with a DJ and food from JJ’s Meat Shack. They also held a “Don’t Scare Your Employer” event around Halloween, to help students make sure that their social media aligned with their future career. One of the main themes of Fall 2019 for BLSA, though, was creating opportunities for mentorship.

“They talked about their experiences, the challenges they overcame and how they overcame them,” Mahalia Hall, the president of  W&L’s BLSA, said. 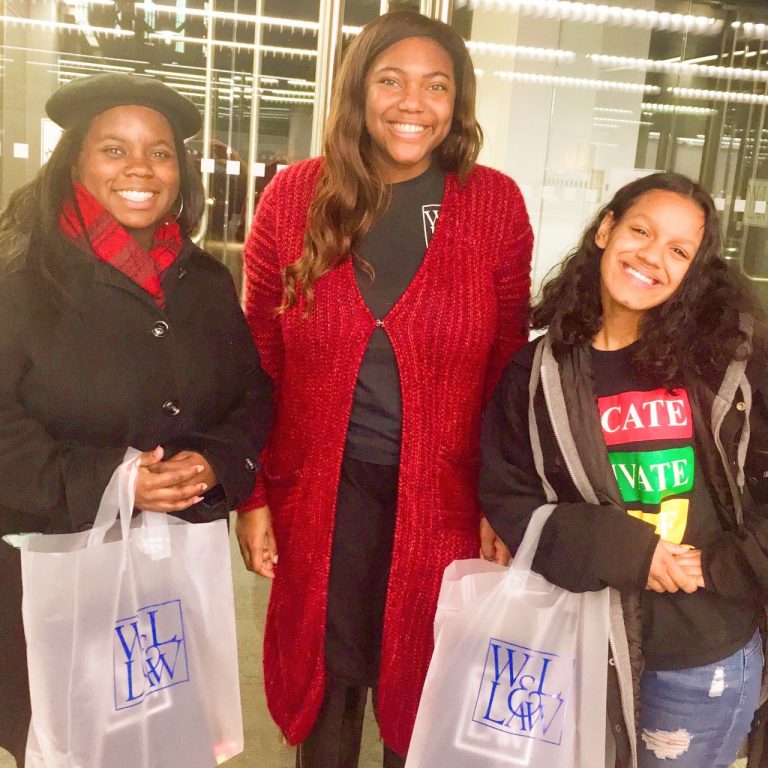 “It was basically about how to be a diverse individual, a diverse professional, or a diverse student, and how to thrive and work with others who may not come from the same background as you,” Hall added.

BLSA also hosted a “Shadow a Law Student” day for two interested undergrads, Leia Barrow and Amber Morrison. BLSA members bought the students breakfast in the Brief Stop before accompanying them to classes like Contracts, National Security and Evidence. Afterward, Barrow and Morrison were sent home with a bag that contained candy, a free t-shirt, an admissions folder, and Mahalia Hall’s card.

“It’s supposed to set up a long-standing relationship,” Hall said. “So that when they do get ready to apply to law school, they’ll have an opportunity to reach out to me, or I can point them back to whoever’s still in law school and BLSA at that time, so they have pretty much open access to all of the BLSA members.”

After bringing back good news from the weekend Mid-Atlantic Regional Convention competitions, the organization prepped for a flurry of black history events that would take place just a few days later.  On Tuesday, Feb. 11 BLSA held “mental health chat” among black professionals, with food provided by Royalty Eats. Later in the week, they hosted black history trivia with food provided by Napa Thai as a part of the popular “Thai and Trivia,” event. And on Feb. 14, the group took a trip to Charlottesville to see Comedian Trevor Noah perform. And finally, the following day, on Feb. 15, BLSA hosted a movie night in Classroom B. They watched “Love.com,” and had a discussion with producer B.K. Fulton afterward.

BLSA 3Ls are also looking forward to the first-ever “Donning of the Kente,” ceremony at the end of the semester, an event that celebrates the achievements of African American students on the night before graduation. During the ceremony, a kente stole is presented by a member of the university community, and then the stole is bestowed on the graduating person, while family members, friends, and other significant individuals will have the opportunity to say a few words.