Bond to Give Talk in Honor of Lewis Professorship 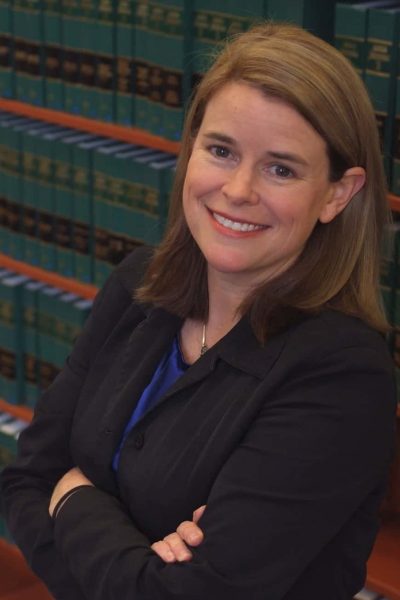 Johanna Bond, Sydney and Frances Lewis Professor of Law and Associate Dean for Academic Affairs, will deliver a lecture on Wednesday, October 17 at 4 p.m. in the Classroom D in honor of her professorship.

A distinguished scholar in the area of international human rights law and gender and the law, Bond has twice been selected as a Fulbright Scholar. In 2001, she traveled to Uganda and Tanzania to conduct research that resulted in her edited book, “Voices of African Women: Women’s Rights in Ghana, Uganda, and Tanzania.” In 2014, she studied access to legal aid in Tanzania.

Her recent publications include “CEDAW in Sub-Saharan Africa: Lessons in Implementation” in the Michigan State Law Review, “Honor as Property” in the Columbia Journal of Gender & Law, “Victimization & the Complexity of Gender in Armed Conflict” in the Santa Clara Journal of International Law, and “A Decade After Abu Ghraib: Lessons in ‘Softening Up The Enemy’ and Sex-based Humiliation” in the Journal of Law and Inequality, and “Gender, Discourse, and Customary Law in Africa” in the  Southern California Law Review.

Bond’s human rights experience includes substantial travel and collaboration with non-governmental organizations around the world, including attending the 1995 Fourth World Conference on Women in Beijing.  Her research, fact-finding documentation work, and publications have dealt with a number of issues, including: women’s rights in Africa; domestic violence in Nepal, Cambodia, Ghana, Poland, Bulgaria and Macedonia; sexual harassment in Poland and Bulgaria; maternal mortality as a human rights issue in Uganda and Mexico; trafficking in women; and a variety of issues concerning the United Nations treaty mechanisms.

Prior to joining the faculty of W&L in 2008, Bond was an associate professor of law at the University of Wyoming and before that a visiting associate professor of law at Georgetown University Law Center for several years.  She also served as the executive director of the Women’s Law and Public Policy Fellowship Program, a non-profit organization housed at Georgetown.

Before beginning her teaching career, Bond was a law clerk for the Honorable Ann D. Montgomery, United States District Court, District of Minnesota from 1997 to 1998. She holds a B.A. from Colorado College, a J.D. from the University of Minnesota Law School and an LL.M from Georgetown University Law Center.

The Sydney and Frances Lewis Professorship of Law was established in 2001 by the University’s Board of Trustees. The professorship honors the generous contributions of the Lewis family to Washington and Lee University. Sydney Lewis was a member of the undergraduate Class of 1940 and the Law Class of 1943. The Lewises funded Sydney Lewis Hall and endowed the Law Center, as well as several University scholarships.