The word cult often holds a certain negative connotation to it. This Spring Term Sascha Goluboff’s, professor of cultural anthropology and head of the department of sociology and anthropology at Washington and Lee, Cults class took a more in-depth look at the development and process behind misunderstood religions, how they operate and the experiences of those who participate in them. From Jonestown to ISIS, Goluboff’s class looked at the history and functions of cults throughout the ages.

Topics included brainwashing, gender, violence, sexuality, child rearing and the possibility of objectivity on the part of the researcher. The climax of the semester centered around a visit from Marsha Goluboff Low (Goluboff’s aunt), who spoke about the 18 years she spent as an Ananda Marga yogic nun.

In preparation for her visit, students were required to read her autobiography, “The Orange Robe: My Eighteen Years as a Yogic Nun.” During her visit, Low was more than willing to talk about her experience and the profound impact it had on her life.

Low left home after graduating college to spend 18 years as an Ananda Marga yogic nun, living in countries throughout the Middle and Far East, Australasia and Eastern Europe. After undergoing training with the Ananda Marga organization, she taught meditation and yoga, opened schools and performed social work and relief projects.

However, her time as a nun wasn’t always peaceful. Low often skirted the law to further her organization’s mission and raise money for it, and she came face-to-face with multiple obstacles, including gun-toting border guards in Cyprus, the Russian KGB and misunderstanding and rejection as a female spiritual teacher in the Middle East.

Though the cult she affiliated with has a history of violence, Low says she was not afraid to publish her memoir and has received mostly positive feedback from readers and both former and current members of the religion. When asked about brainwashing Low was hesitant to call her time in the faith that, saying instead, “I was certainly strongly influenced. When I hear the word brainwashing, I think of someone taking all of your former thoughts and self and washing that away. That is not what I experienced.”

Today Low is far from the former nun she used to be, though parts of her former life do still make appearances. Low is still a practicing vegetarian, as the religion required. While in the order she was also forbidden to eat foods such as chocolate, and that is something she says she has certainly taken up again. Low doesn’t chant anymore though she remembers the “bliss” that accompanied it.

Was it all a mistake? Low said: “It’s hard to realize you have made a mistake after you’ve spent so much time dedicated to something.” 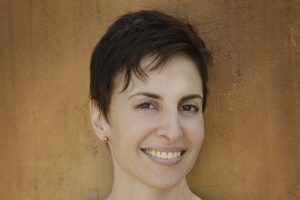 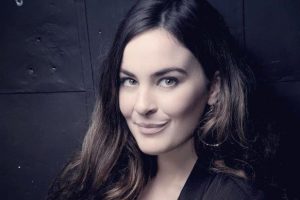