Brian C. Murchison Named Next Director of the Roger Mudd Center for Ethics 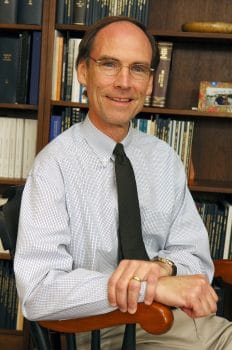 Brian C. Murchison, the Charles S. Rowe Professor of Law at Washington and Lee University, will be the new Roger Mudd Professor of Ethics and director of the Mudd Center for Ethics, beginning July 1, 2018. He succeeds Angela Smith, who was named the Mudd Center’s inaugural director in 2013 and is returning to her full-time faculty role as professor of philosophy.

Murchison joined the faculty at Washington and Lee in 1982. He focuses his teaching and scholarship on First Amendment issues, administrative law, mass media law, jurisprudence, torts, civil liberties, and contemporary problems in law and journalism. Murchison’s articles have appeared in a variety of law and scholarly publications, including the Columbia Journal of Law & the Arts, the Harvard Civil Rights-Civil Liberties Law Review, the North Carolina Law Review, the Georgia Law Review, and the Emory Law Journal.

He received both his B.A. and J.D. from Yale University; served in the Peace Corps in Benin, West Africa, before attending law school; and practiced as an associate with Hamel, Park, McCabe and Saunders in Washington, D.C., before joining the W&L law faculty. At W&L Law, Murchison has served as interim dean, director of the Frances Lewis Law Center, and supervising attorney in the Black Lung Legal Clinic, in addition to serving on numerous law school and university committees. Last spring, Murchison introduced a new undergraduate course titled “Separation of Powers in the U.S. Constitution,” and this year he is chairing the university’s Commission on Institutional History and Community.

“All of Brian’s work has been in the overlapping areas of justice, speech, liberty and constitutional ethics,” said Provost Marc Conner. “He is one of the most respected teacher-scholars on our campus, and has been for decades. I’m delighted that he has agreed to take on the leadership of one of our signature programs. Brian is ideally suited for leading a program devoted to the exploration of the key ethical challenges and questions of our professional and civic lives.”

Murchison credits Angie Smith with establishing the Mudd Center as a thriving program on the W&L campus. “Thanks to the leadership of Angie Smith and her advisory board, the Mudd Center has done great things in a short period of time,” he said.  “I am excited about this opportunity to build on their accomplishments and to continue the center’s active role in the intellectual life of the university.” 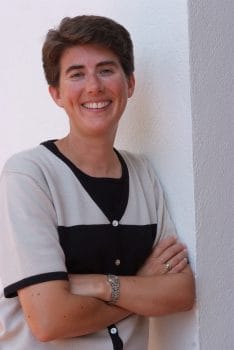 Smith, the first Roger Mudd Professor of Ethics and director of the Mudd Center, joined the W&L Department of Philosophy in 2009 as an associate professor of philosophy after teaching for 10 years at the University of Washington in Seattle. She teaches a variety of courses in moral and political philosophy as well as ancient philosophy.

“It’s difficult to overstate the achievement of Angie Smith, who as the inaugural director of the Mudd Center did so much to establish the center as a major site of inquiry and discussion of key ethical issues on our campus and in the nation,” said Conner. “When Angie announced in June that she was ready to return to the faculty, we sought a faculty leader who could build upon the foundation she established and pursue ethics with the same intelligence and passion that she has done. Brian agreed in early August to take on this role, and we are excited to see him assume this university-wide leadership position.”

Smith’s research interests concern the connections between morality, moral agency, and moral responsibility. She is co-editor of the Oxford University Press book The Nature of Moral Responsibility (2015), and has published numerous articles exploring the importance of attitudes in moral life. In 2013, she received a fellowship from the National Endowment for the Humanities to conduct summer research, as well as a Laurence S. Rockefeller Faculty Fellowship to spend the 2013-2014 school year at the Princeton University Center for Human Values. A magna cum laude graduate of Willamette University, with majors in philosophy and political science, Smith received a Ph.D. in philosophy from Harvard University.

Under Smith’s leadership, the Mudd Center has become a major resource for students and faculty on campus and at all three schools — the College, the School of Law, and the Williams School of Commerce, Economics, and Politics. The center supports faculty who teach courses in ethics across the curriculum, and sponsors programming that fosters serious and sophisticated conversation about public and professional ethics at the university. Past themes have included Race and Justice in America (2014-15), The Ethics of Citizenship (2015-16), Markets and Morals (2016-17), and Equality and Difference (2017-18). The center also publishes The Mudd Journal of Ethics, a peer-reviewed academic journal showcasing undergraduate work on a wide range of topics in ethics. Each spring the Mudd Center sponsors the Undergraduate Conference in Ethics, featuring papers that will be published in that year’s journal.

“Among her many achievements in the director’s role, Angie has done a wonderful job of incorporating our students in the work of the center,” Conner said. “The undergraduate conference and journal of ethics are terrific student-led achievements, and she has enabled our students to grapple with key ethical issues in an informed and responsible way.”

“It has been both a pleasure and a privilege to serve as the director of the Mudd Center over the last four-plus years,” stated Smith. “I am particularly grateful for the support and advice I have received from faculty, staff and students throughout the university in developing ethics programming that crosses traditional disciplinary boundaries. I owe special thanks, in this regard, to the members of the Mudd Center Advisory Committee, who have provided crucial guidance at every step in the Mudd Center’s development. The Mudd Center also could not have gotten off the ground or continued to function without the extraordinary efforts of its first administrative assistant, Joan Millon, and its current administrative assistant, Debra Frein. It has been an honor to work with such committed and talented people. I am very excited to see what direction the center takes under Brian’s leadership.”

The Mudd Center was established through a gift to the university from award-winning journalist Roger Mudd, a 1950 graduate of W&L. When he made his gift, Mudd said that “given the state of ethics in our current culture, this seems a fitting time to endow a center for the study of ethics, and my university is its fitting home.”

Related //The College, The School of Law, The Williams School
Loading Comments...