The Campus Kitchen at Washington and Lee University was recognized at the 2012 Campus Kitchens Project annual conference in Cleveland, Tenn., where Jenny Davidson, coordinator of Student Service Learning at W&L, won the Nopalitos Innovation Award, and Patrick Poindexter, of Lexington. won the Leah Prudhomme Volunteer of the Year Award.

Since its establishment at Washington and Lee, Campus Kitchen at W&L has served more than 100,000 meals in partnership with 15 community agencies in Rockbridge County and has been recognized for its initiatives, including the Weekend Backpack Snack Program, which provides backpacks filled with non-perishable food to children who are eligible for free or reduced lunches at all seven Rockbridge County elementary schools.

The Nopalitos Award is named for a type of pickled cactus that was donated to a Campus Kitchen, which had to find creative ways to utilize the gift in their operations.

Davidson, a 2008 graduate of Washington and Lee, was cited for her innovative efforts with the backpack program, the campus garden and numerous educational programs.

Mike Curtin, CEO of the DEC Central Kitchen and the Campus Kitchens Project, presented the award to Davidson. “Jenny is an extremely dedicated and organized coordinator who somehow still maintains enthusiasm after so many years. Jenny does not limit the kitchen to the things she can do, she recognizes the gifts and skills of students around her,” said Curtin. “In the garden, on her blog, in the programming they do, Jenny harnesses those gifts and gives her students real responsibility. She surrounds her program with the wonderful people it needs to build it to new heights. The Campus Kitchen at Washington and Lee has become a powerhouse, and Jenny is one of the chief reasons why.”

The Leah Prudhomme Award is named in honor of the first recipient of the award for student volunteer of the year, Leah Prudhomme, of Dillard University.

Poindexter was nominated by Washington and Lee junior Joseph Liu, himself a volunteer with CKWL. He called Poindexter “one of the most dependable and dedicated volunteers I have ever known” and cited several instances of that dedication, including the time Poindexter walked through a thunderstorm to make it to his shift.

Poindexter is an uncommon volunteer, since he also works for one of the CKWL’s partner agencies, the Rockbridge Area Occupational Center.

In announcing Poindexter’s award, Curtin said: “Patrick is unique because he has experienced Campus Kitchen as both a client and a volunteer. This fact has provided him the opportunity to bridge the gap and break down those barriers between provider and receiver and really get to the heart of the Campus Kitchens Project: making community.”

Founded in 2001, The Campus Kitchens Project (CKP) is a national organization that empowers student volunteers to fight hunger in their community. On 33 university and high school campuses across the country, students transform unused food from dining halls, grocery stores, restaurants, and farmers’ markets into meals that are delivered to local agencies serving those in need. By taking the initiative to run a community kitchen, students develop entrepreneurial and leadership skills, along with a commitment to serve their community, that they will carry with them into future careers. Each Campus Kitchen goes beyond meals by using food as a tool to promote poverty solutions, implement garden initiatives, participate in nutrition education, and convene food policy events. 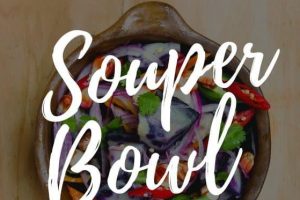