Sarah Van Horn is from Beckley, WV. She minored in Spanish and received her B.A. in Criminal Justice from Marshall University. During law school, she interned at the Hampton Commonwealth’s Attorney’s Office during her first summer. During her second summer, she interned for Circuit Court Judge Andrew Dimlich. During her 3L year, she worked as a Legal Extern in the Commonwealth’s Attorney’s Office in Salem, Virginia. Sarah lives in Onancock, Virginia with her husband Tannor. 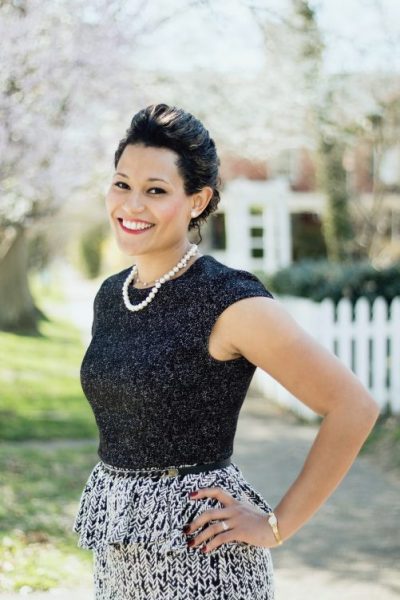 Where will you be working after graduation and in what practice area?

Did you know coming into law school that you wanted to work in the commonwealth attorney’s office?

When I began law school, I knew that I wanted to be a Commonwealth’s Attorney. I was not sure where I would work, but I decided during my 3L year I wanted to work in Virginia.

What role did the size and location of the office play in the search and decision process?

The size of the office was very important to me. During my internships, I noticed that, in larger Commonwealth’s Attorney’s Offices, the case types are divided among the attorneys working within a division, so they seldom get the chance to handle cases out of their division. For example, if an attorney works within a Juvenile Division, that attorney can go years without ever prosecuting a DUI case.

I can get easily bored if I handle the same type of case all the time. I wanted to work in an office where I could handle multiple types of crimes so that I could get experience in learning the law in a wide variety of criminal circumstances. In the Northampton County Commonwealth’s Attorney’s Office, there are only two other attorneys. They informed me that, because there are only three of us, I would have to handle a wide variety of crimes. This was the biggest influence on my decision to work in this office.

Was there anything in your law school or summer job experience that confirmed this career choice?

After I began law school, I worked in two other Commonwealth’s Attorney’s Offices. During these internships, my interest continued to grow. I also realized that I had the capacity to handle cases and, at the same time, maintain healthy thoughts and emotions. Cases involving child abuse, domestic abuse, and any kind of violent crime can be challenging for a person to handle on a day to day basis. It is very important for a law student to have an internship before they enter this job, because it can be very taxing emotionally and mentally.

I also worked as an intern for a judge during the summer of my 2L year. I quickly realized from this experience that I did not want to clerk for a judge or do any kind of job that required intense writing or research. Writing and research are key for any legal job, but I prefer to spend most of my time arguing cases in court.

What classes do you think are helpful to prepare for this job?

The Prosecution Externship is, by far, the best class a student can take to prepare for a job in prosecution. During the externship, the student can prosecute cases (usually misdemeanors), observe multiple types of court proceedings, and do research for cases that other attorneys are handling. I was able to get a lot of practice speaking and arguing in the court during my externship, and practice is vital to honing skills as an oral advocate. My new employer also informed me that my participation in this externship was key in their decision to hire me.

Can you describe the job search process?

The job search for Commonwealth’s Attorney’s (or prosecutors) differs from state to state. In Virginia, there is a website that lists the offices that are hiring, as well as the corresponding salaries for the available positions, the job requirements, and any other information the Commonwealth’s Attorney’s Offices decide to include. I began my job search by looking at this website. I knew that I wanted to live on the coast of Virginia, so I applied to around five offices along the Virginia coast and on the Eastern Shore. I heard back from two of them and drove there to do interviews. After the interviews, I heard back from both offices within two weeks. I received an offer to work in both offices.

What are you most looking forward to about this job?

I am looking forward to serving my community. Serving the community includes prosecuting or asking for the detention of individuals who pose a threat to others’ safety. Additionally, it can include asking a judge for reduced sentences or rehabilitative services for an offender who would not get the help they need in incarceration.

In all of my internships, the biggest improvements I saw in offenders occurred when judges and attorneys (both defense and prosecutors) worked together to ensure that the offender not only paid for their crime but also had the tools to improve their lives after serving a sentence or paying a fine. A community is improved when its members are healthy, stable individuals. I look forward to ensuring the safety of my community, and to getting offenders the services they need, which will make them less likely to pose a threat in the future.