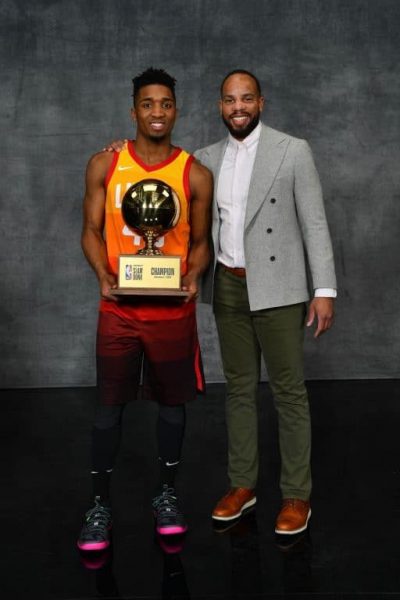 Jerry McGuire could learn a thing or two from Austin Brown ‘13L.

The slick-talking and opportunistic sports agent played by Tom Cruise is defined by the iconic line “Show me the money!” But for Brown, who is one of the most successful, young NBA agents at the industry-leading Creative Artists Agency (CAA), it is more about “Show me the character!” He has learned a little secret Hollywood doesn’t let you in on—as he puts it: “Money and talent fade, character doesn’t. I only work with people I respect.”

It sounds like a fairly simple rule, but it seems to have served Brown well. It’s not everyday that you’re listed among Forbes magazine’s “30 Under 30: The Sports World’s Brightest Young Stars” or sign three top-40 NBA draft picks all less than a year after graduating law school—but that’s exactly what Brown has done.

Brown is no stranger to the limelight. Prior to law school, he was a first team all-Southern Collegiate Athletic Conference Selection and even made a memorable national television appearance on ESPN2 after draining an impressive 61-foot, game-winning shot that carried his team from DePauw University to the NCAA tournament. Even at that early stage in his sporting career, Brown displayed remarkable humility, stressing to the news anchor that DePauw’s big win was a team effort.

It’s a mindset he still adheres to—and is undoubtedly one of the secrets to his quick rise as a player-agent: “I love the game of basketball…I get immense satisfaction from helping extremely talented individuals realize their dreams in the sport.”

Despite all the success, Brown will be the first to tell you that the life of an NBA agent is not all glitz and glam. Behind the scenes there are hundred-page contracts to review, sponsorship deals to be negotiated, and travel plans to be coordinated. “This definitely isn’t your typical 9-5,” says Brown. But for him, the fact that no two days are exactly alike is a positive aspect of the job: “It keeps things interesting and allows me to constantly add to and sharpen my skill set both as an agent and an attorney.”

Brown’s decision to attend Washington and Lee for law school all came down to its uniquely close-knit academic environment that sets it apart from other top-tier law schools. Having excelled as an undergraduate at a small liberal arts college, he was immediately drawn to W&L’s community, which offered him the opportunity to interact closely with his professors and classmates.

He credits his W&L experience with helping him sharpen the skills he now uses on a daily basis: “Being an agent is all about relationships. Players have ups and downs in their careers. It’s easy to be there for them when they win the MVP, but it says a whole lot more about you as an agent, and as a professional, when you’re there for them during the low points—injuries, scoring droughts, personal issues.”

In an industry dominated by over-inflated egos, exorbitant salaries and cutthroat competition, Brown is a refreshing reminder that modesty, integrity and adherence to core values are the true building blocks of lasting success.