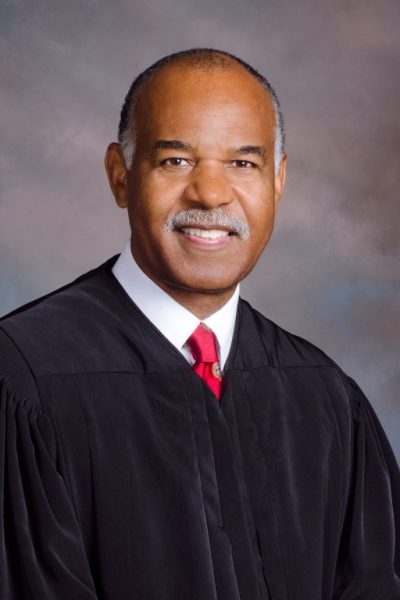 Roger L. Gregory, Chief Judge of the U.S. Court of Appeals for the Fourth Circuit, will deliver a lecture at W&L Law in conjunction with the University’s multi-day observance of Martin Luther King’s birthday.

Judge Gregory’s talk is set for Monday, Jan. 21 at 3:00 p.m. in the Millhiser Moot Court Room, Sydney Lewis Hall. The title of his lecture is “The Hard Work of Justice”. This event is free and open to the public.

Judge Gregory began his legal career as an associate attorney with the firm of Butzel, Long, Gust, Klein & Van Zile in Detroit, Michigan.  He later associated with the firm of Hunton & Williams in Richmond, Virginia.  In 1982, he formed the law firm of Wilder & Gregory with former Governor L. Douglas Wilder.  He practiced law at Wilder & Gregory where he served as managing partner and head of the litigation section of the firm until his appointment to the bench.