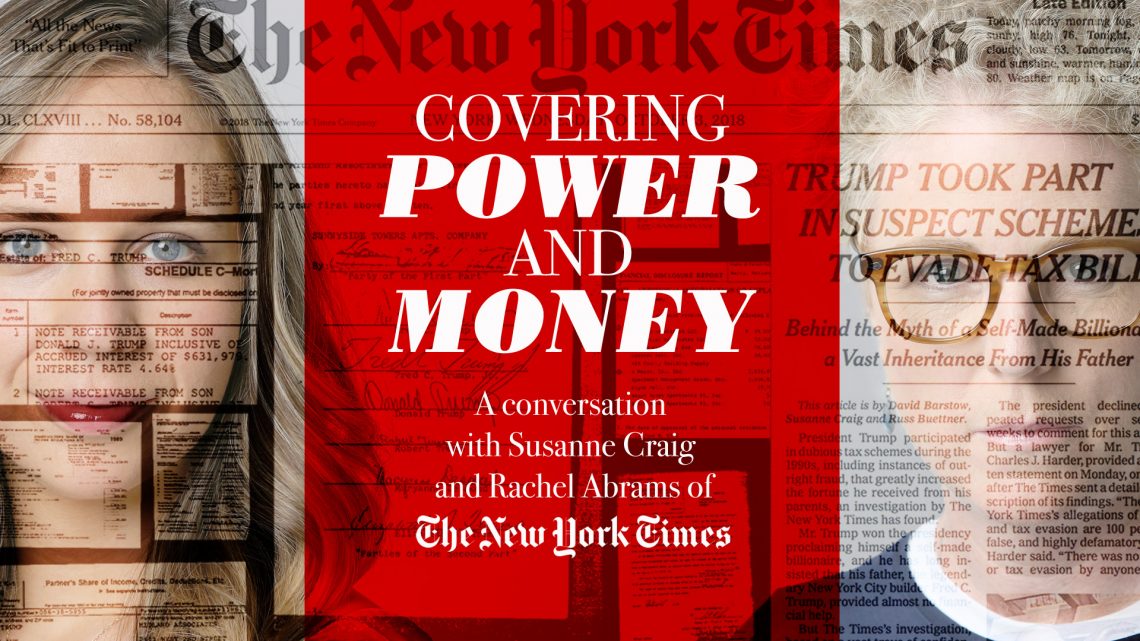 Susanne Craig and Rachel Abrams are reporters at the New York Times.

Susanne Craig and Rachel Abrams, reporters at the New York Times, will hold a public Q&A as part of the Donald W. Reynolds Foundation’s Distinguished Journalists Program at W&L.

“Covering Power and Money” will be held Sept. 19 at 5 p.m. in Stackhouse Theater. The event is free and open to the public.

The lecture will be available to watch online here.

“Sue and Rachel are terrific journalists who break news to hold Wall Street, Hollywood and Washington scoundrels accountable to the public,” said Alecia Swasy, Reynolds Chair and Professor of Business Journalism. “When you see their bylines, you know it’s going to be something really good.”

Since 2016, Susanne Craig, an investigative reporter, has covered President Donald Trump’s finances. Craig was part of the 2019 Pulitzer Prize-winning team that documented how Trump received hundreds of millions of dollars from his father, some of it through fraudulent tax schemes. Most recently, she got 10 years of Trump’s previously unrevealed tax records, which showed his core businesses racked up more than $1 billion in losses.

At the Times, she has also covered Wall Street and served as Albany bureau chief. Previously, she was a reporter at the Wall Street Journal and the Globe and Mail, Canada’s national newspaper.

Abrams, a business reporter, was part of a team that won a 2018 Pulitzer Prize in public service for reporting on powerful executives’ pattern of harassment and sexual misconduct. The stories covered allegations against Hollywood producer Harvey Weinstein and Fox News’s Bill O’Reilly, among others. Scores of women came forward to tell their own stories of being assaulted, building a global response as the #metoo movement.

Abrams was also part of team coverage of General Motors’ crisis involving fatal ignition switches. Before working for the Times, she covered the economics of the film industry for Variety.

The Donald W. Reynolds Foundation was a national philanthropic organization from 1954-2017. The organization awarded $1.8 billion in grants to various universities and organizations. The foundation’s $1.5 million grant helped create the Reynolds endowed chair for business journalism at W&L.