“All of our lawyers in the U.S. are expected to do pro bono work, and I get to help them find matters that connect with their values while helping to bridge the access to justice gap in our country and around the world.” 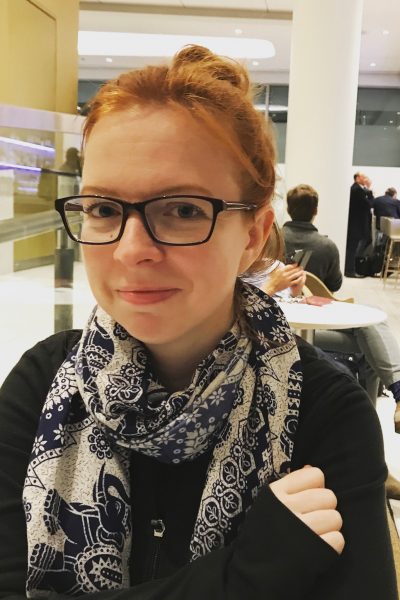 Crystal Doyle‘09L isn’t shy to say she loves her job. That’s because, in her role as pro bono counsel at DLA Piper, she gets to work with the lawyers and resources of one of the largest, most recognized corporate law firms in the world to promote access to justice through pro bono work.

It’s a big job, which Doyle admits is “a bit all over the place,” but she couldn’t be happier. Her work inspires her because she is able to spend her days in ways that matter. “I get paid to help people – amazing.”

She said her colleagues are a really good team. “I deeply respect them. They are friendly, smart and mission-focused.” The team is one of the largest full-time pro bono teams at any law firm in the world, with support for the program coming from “the highest levels of the firm,” said Doyle. “All of our lawyers in the U.S. are expected to do pro bono work, and I get to help them find matters that connect with their values while helping to bridge the access to justice gap in our country and around the world.”

The issues that resonate most with Doyle have always revolved around serving marginalized communities, especially immigrants. She began this work in her role as pro bono specialist at Shearman & Sterling LLP’s New York office before law school, where she was able to assist lawyers working with immigrant clients on family and immigration matters. “I loved the work,” she said. “It’s what convinced me to take the plunge and go to law school.”

W&L Law turned out to be the perfect place for Doyle to study law and prepare for her future. Although she was accepted to several top 14 law schools, Doyle chose W&L because of a generous scholarship and, more importantly, the “quality of the classroom instruction and the feel of the place.” When she visited with other accepted students, she realized “it seemed to be the school I wanted to be at. Everyone was so warm and welcoming, and current students took a lot of time to talk to me and share their experiences.” Many of those students became her friends and mentors when she arrived on campus. “It wasn’t all just a show to get us to sign on.”

She was also impressed with the honor system, the beauty of the campus and surrounding landscape, and most of all, the professors. “We were able to attend a standard first-year class, and the quality of the classroom teaching just blew me away. I had visited a lot of schools and had not seen professors bring the material to life in quite the same way.”

Doyle reminisced about favorite W&L experiences that prepared her for a public interest legal career, including participation in the Shepherd Poverty Program; a summer fellowship that exposed her to the work of public defenders in London, Kentucky; and a year-long externship with an immigrant rights organization in Charlottesville that Prof. Mary Natkin arranged for her.

Doyle was involved in Moot Court as a 2L – both in the mock trial and appellate competitions. As a 3L, she was on the Moot Court board and coached a team that competed on the national level. She credits the mock trial program with preparing her for her first trial as a junior associate at Fried, Frank, Harris, Shriver & Jacobson LLP, a corporate firm in New York City, where she started her career as part of the firm’s pro bono fellowship program. During the trial, Doyle represented a survivor of horrific domestic violence in her action for divorce from her abuser. “It was a complex matter, and my notes and textbooks from W&L were my bible for preparing to present that case.”

In addition to practical experiences, Doyle also developed her knowledge of international law while at W&L. She worked under the supervision of Prof. Mark Drumbl to draft a comparative analysis of gender-based asylum for her student note for the Civil Rights and Social Justice Journal, where she served on the board as a 3L. She also fondly remembers attending international human rights law classes with Prof. Drumbl and Prof. Joanna Bond. “It’s such a big part of my current practice, and I’m so grateful to have gotten such a solid foundation from them.”

Besides the academics, Doyle also valued the sense of community at W&L. “Everyone says that law school is cut-throat, but W&L was actually one of the most collaborative, community-oriented experiences I have ever had. It surprised me.”

For example, when she was sick early in the first semester and missed some classes, her classmates “spontaneously sent me their notes so I would not fall behind.” Another time, during orientation, a classmate broke his leg and couldn’t drive or walk. “My small section organized a volunteer schedule to make sure he could get to school and run errands, even though we all barely knew each other. Those experiences really stayed with me.”

Outside of practicing law, Doyle enjoys playing piano and guitar, and actually met her husband, a software engineer, when both played in country cover bands in New York City. The two now make their home in Chicago when she is not traveling the globe for work. “I never thought I would spend so much time at airports, but it’s absolutely worth it.”