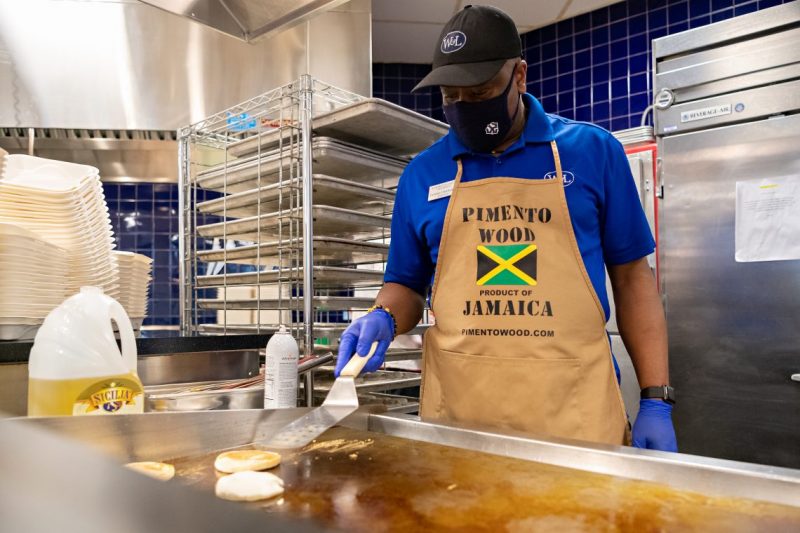 Everton Charlton, dining operations assistant in The Marketplace, fries a traditional Jamaican flatbread called bammy as part of the Jamaican menu he created to introduce students to the cuisine of his home country.

Ordering pimento wood and glass noodles from special purveyors is not in a typical day’s work for Patrick Swope, culinary executive chef at The Marketplace, but he has found himself sourcing some obscure ingredients this academic year as part of a monthly dinner series that allows Dining Services employees to create menus based on their life experiences.

So far this year, the culinary team has invited students to showcase dinners featuring the cuisines of Korea, Columbia, Vietnam, Brazil, the U.S. Southwest and Jamaica, with special menus crafted by employees who either lived in those areas or studied those cuisines in culinary school.

“The staff have really enjoyed it, especially the ones that are involved in creating the menus,” Swope said. “It’s been really fun to watch them get excited.”

The March showcase offered a Jamaican menu planned by Dining Operations Assistant Everton Charlton, who was born and raised on the beautiful island. Charlton moved to the U.S. in 2000 and has worked in dining at The Omni Homestead Resort and W&L.

A carryout box groans under the weight of delicious Jamaican food from The Marketplace.

“The students are still talking about it. Some of them said it was the best meal they’ve had since they’ve been here, and they want to know when we’re going to do it again,” Charlton said. “Two days ago, they were still asking for Ting.”

The Korean dinner, which took place in September, was planned by Jongsun Kim, a cook at The Marketplace. It featured braised beef short ribs, marinated eggplant, sweet potato noodles with vegetables, zucchini pancake, broccoli with tofu, and kimchi. Jongsun is from Seoul, South Korea, but she came to Lexington because she fell in love with the city when her son matriculated at the W&L School of Law.

“I am so thankful for this opportunity to introduce these various traditional Korean cuisines to the W&L family,” she wrote in her bio for the dinner.

“I wanted to do some things that had not been done here before,” Faulds wrote. “I feel that I could introduce students to food that they would otherwise never have a chance to experience.” 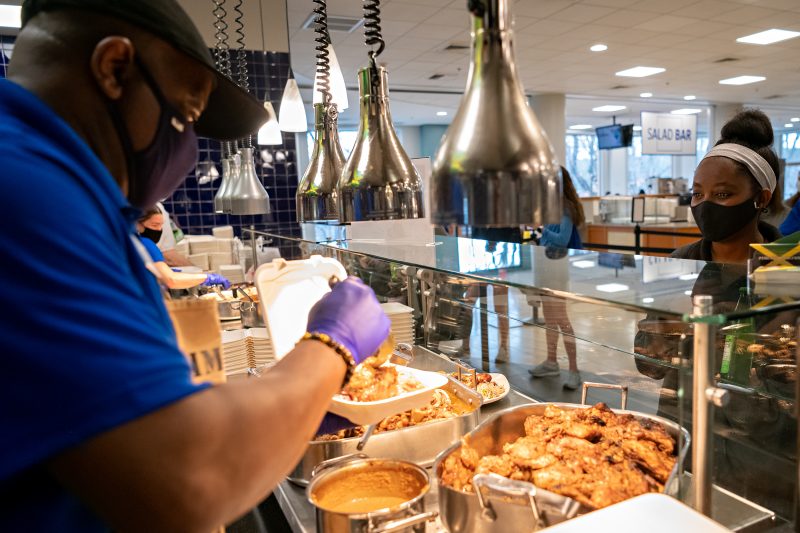 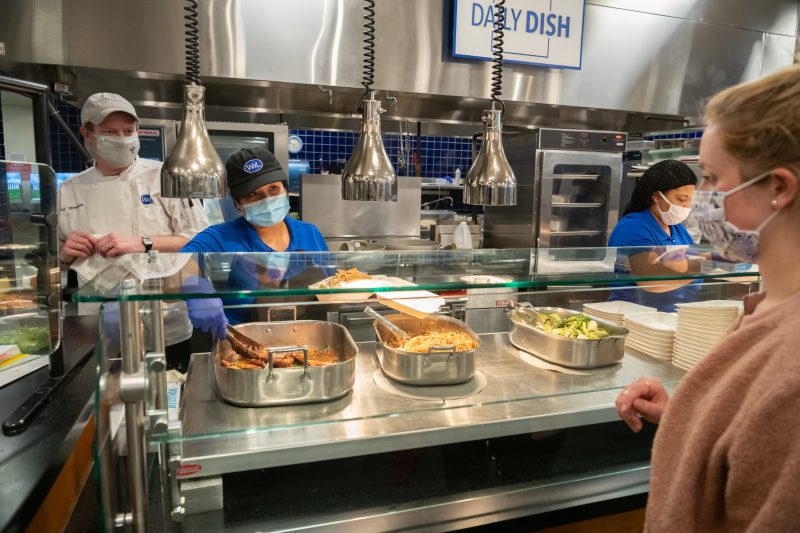 Marketplace cook David Monahan (left) looks on as a student makes her selection during the Vietnamese dinner.

Swope said one more showcase is being planned for this academic year, and it will feature Native American cuisine.

It’s not unusual for W&L’s Dining Services staff to have fun with menus for The Marketplace. In the past, they’ve coordinated with the Lenfest Center to do cross-promotional dinners for productions like “Dracula” (Romanian food), “A Midsummer Night’s Dream” (Greek food), and “The Cherry Garden” (Russian food). For that last one, Swope said, they found an actual copy of a menu served by Tsar Nicholas II. 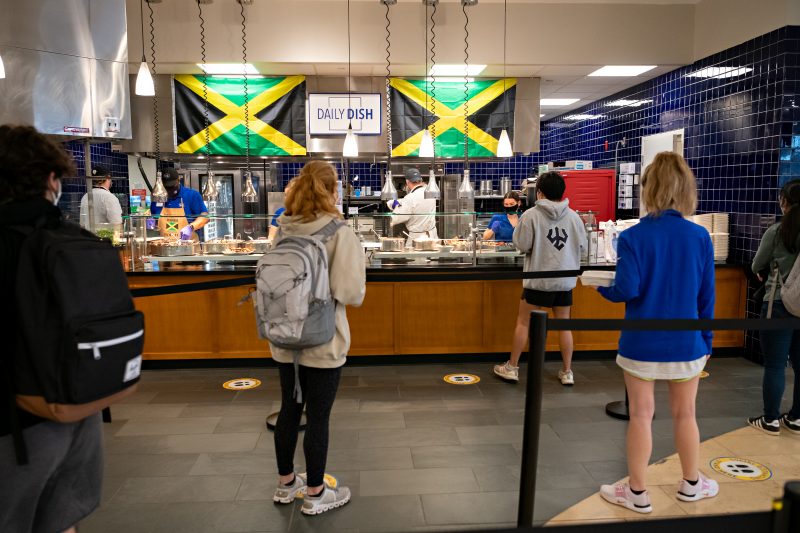 Students line up for a special Jamaican dinner at The Marketplace.