Danforth to Give Talk in Honor of Smith Professorship 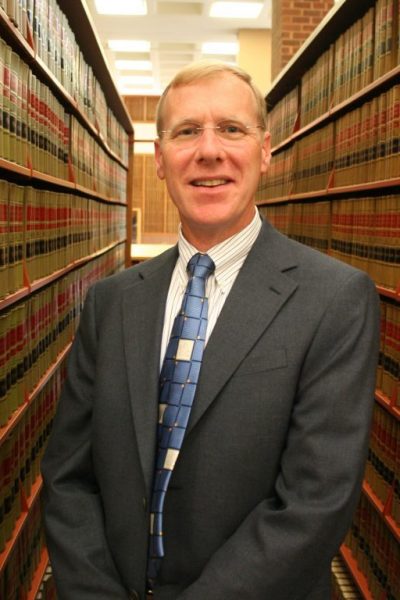 Robert Danforth, John Lucian Smith, Jr. Memorial Term Professor of Law, will deliver a lecture on Thursday, April 5 at 4 p.m. in Lewis Hall Classroom D in honor of his professorship.

Because the Smith Term Professorship focuses on contributions to teaching and the professions, Professor Danforth will share the story of his involvement with the litigation over the threatened closure of Sweet Briar College, which was established under the terms of a charitable trust. The title of the talk is “Sweet Briar College and the Law of Trusts.”

Danforth joined the faculty of W&L Law in 1997 after practicing law in the trusts and estate arena with a number of highly respected firms in DC and Virginia. He has co-authored a casebook titled “Estate and Gift Taxation,” the second edition of which was published by LexisNexis in 2013. He also serves as a co-author of a casebook titled “Federal Income Taxation of Estates and Trusts,” the third edition of which was published in 2008.

The John Lucian Smith, Jr. Memorial Term Professorship, established in 2010 with leadership gifts of Bernard C. ‘Ben’ Grigsby II ’72 and Marshall B. Miller, Jr. ’71 and with the generous support of other friends of John Lucian Smith, Jr. is a permanently endowed fund at Washington and Lee University providing support for a faculty member in the English Department or the School of Law who is judged to be excellent in teaching and in professional contributions. The award recognizes a different professor every three to five years.