David G. Elmes, Professor of Psychology Emeritus at W&L, Dies at 76 Elmes taught at Washington and Lee University for 40 years until his retirement in 2007. 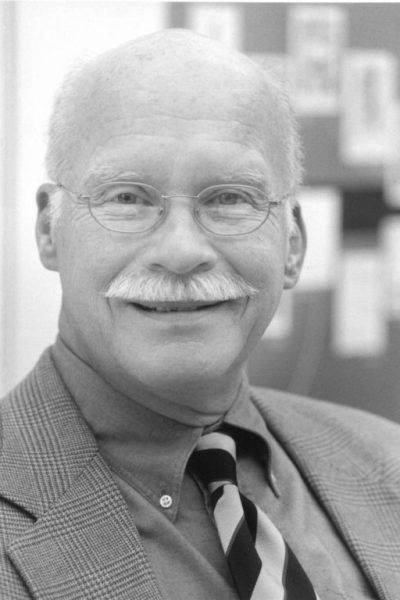 David Gordon Elmes, professor of psychology emeritus, who taught at Washington and Lee University for 40 years until his retirement in 2007, died on June 4, 2018, in Staunton, Virginia. He was 76.

“Dave Elmes, a true teacher-scholar and a cherished colleague, nurtured generations of students, wrote enduring textbooks, and continued his research even after retirement,” said W&L President Will Dudley. “In all this and more, he epitomized the best of W&L.”

Elmes was born on Feb. 15, 1942, in Newton, Massachusetts. He grew up in Pennsylvania and in Richmond, Virginia.

Elmes joined the W&L faculty in 1967. Among the courses he taught were the History and Systems of Psychology and Applications of Psychological Sciences. He was also co-director of the Cognitive Science Program and served as the head of the Psychology Department. He sat on the Admissions Committee and on the Athletic Committee and had been the faculty advisor for Phi Psi fraternity. After his retirement, he taught at W&L for three more years as an adjunct.

“Dave was not just a great leader and scientist but a tireless mentor devoted to growing new scientists,” wrote Tyler Lorig and Bob Stewart, his longtime colleagues in the W&L Psychology Department. “He was always ready to listen to interesting ideas and was able to offer keen insights even when the research area was outside of his original area of doctoral expertise.”

Click here to read the complete tribute to Elmes by professors Stewart and Lorig.

In addition to his time at W&L, Elmes worked at the University of Michigan as a research associate at the Human Performance Center (1973-1974), at Hampden-Sydney College as an adjunct professor (1978) and as a Visiting Fellow of University College of the University of Oxford (1987).

Elmes co-authored two widely adopted textbooks that went into several editions: “Experimental Psychology: Understanding Psychological Research” (2005) and “Research Methods in Psychology” (2006). One of his co-authors on both books was his former student H.L. Roediger III, a member of W&L’s Class of 1969. Elmes edited other academic texts as well.

In addition, Elmes and his undergraduate students published numerous articles concerning learning and memory in both human and sub-human animals. He was the consulting editor for the Journal of Experimental Psychology: Learning, Memory, and Cognition for several years. Elmes focused his most recent research on olfactory images and attributions of memory failure.

Elmes is remembered at W&L with a professorship and a prize. The Elmes, John and Winfrey Term Professorship, created by an anonymous trustee and his wife, honors Elmes (along with the late Lew John ’58, professor of politics at W&L, and John C. Winfrey, professor of economics emeritus at the university). The David G. Elmes Pathfinder Prize in Psychology goes to a student who has shown extraordinary promise in psychological science through outstanding scholarship. It is supported by the Elmes Fund, which was created in his honor by alumni, colleagues and friends. He also had a bleacher named for him in the stadium.

“You inspire a process of being humbled, rising to the occasion, and mastering the challenge, and your students internalize that practice and take it with them,” wrote his departmental colleagues when he retired. “It is this impact that makes you legendary in the minds and hearts of so many.”

Dave Elmes is survived by his wife of almost 55 years, Anne L. Elmes; his son, Matt Elmes (Lani Hartshorn); his daughter, Jenny Elmes, a member of the W&L Class of 1991; his grandsons, Marley Elmes and Ethan Spencer; his sister, Chris Schlatzer (Bob); his nephews, Karl, Kurt and Brant; his sister-in-law, Beth Lawrence (Peter Buck); and his niece, Pam Moore.

On June 7 and June 8, from 3 to 5 p.m., the Elmes family will receive friends at home, 3 Westside Court, Lexington, to share memories and have a few beverages.

On June 30, from 5 to 8 p.m., at the W&L Hotchkiss Alumni House, the family is holding a casual, drop-in, service-free Life Celebration and Toast to Dave.