“SSA is an exciting and inspiring celebration of our students that reminds us as faculty of the truly exceptional students with whom we get to work.”

Marlon West, head of effects animation at Walt Disney Animation Studios, will give the keynote address for Washington and Lee University’s Science, Society and the Arts on March 17 in Evans Hall. The keynote luncheon will begin at 12 p.m., with remarks at 1 p.m. The SSA and luncheon are open to the W&L community. Space is limited, and registration is required to attend the lunch and West’s talk (https://www.wlu.edu/ssa/keynote). 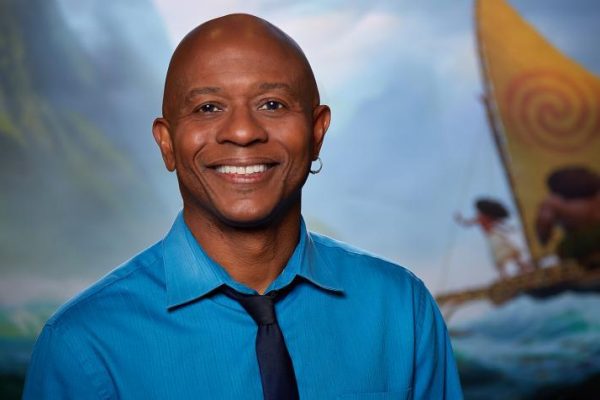 West started his career at Walt Disney Animation Studios in 1993 as an effects animator on The Lion King, where his task was to add the dust-cloud effects to the famous wildebeest stampede scene. He went on to work on effects animation in numerous features including “Pocahontas,” “Hunchback of Notre Dame,” “Hercules,” “Mulan,” “Tarzan” and “The Emperor’s New Groove.”

West is also a music fan and has worked as a DJ in various venues and styles. A native of St. Louis, he now resides with his daughter and thousands of CDs and records in Glendale, California.

“Our keynote speaker is the perfect embodiment of the W&L Science, Society, and the Arts event,” said Julie Knudson, director of academic technologies and member of the 2017 SSA committee. “Marlon West’s extraordinary career in 2D- and computer-graphics animation combines the art of film, the science of computer animation, and the social aspects of storytelling.”

W&L’s Science, Society and the Arts is a multi-disciplinary conference involving undergraduates and law students in the presentation of their academic achievements before an audience of their peers and the faculty. Conference participants share their work via oral presentations, traditional academic-conference-style panels, poster sessions, artistic shows or creative performances. The 2017 conference will be held March 16 and 17.

Original work is presented as part of one of many panels, as a poster at one of the four sessions, as a performance of dance, theater or music, or as a display of visual art such as drawings, painting, or photography. Additionally, students, faculty, and staff can take part in one of 25-plus book and film colloquia.

“Every two years Washington and Lee University takes the better part of two days in the spring to recognize original works by students during the Science, Society and the Arts Conference,” said Matt Tuchler, associate professor of chemistry and chair of the 2017 SSA committee. “SSA provides an opportunity for all our students to come together and share with the W&L community what excites and inspires them as scholars and artists.

“It is an exciting and inspiring celebration of our students that reminds us as faculty of the truly exceptional students with whom we get to work,” Tuchler added. “This year is made even more special by the incredibly generous outright and planned gifts from Drs. Herbert ’50 and Betty Lou Lubs. This gift will both assure that SSA continues into the future and supports the Lubs’ belief in the important role of SSA in helping foster creative and critical thinking among the student body.”

For a complete schedule of the 2017 SSA conference, visit https://ssa.sched.com.