Diversity in the Decorative Arts This porcelain bowl manufactured in Saint-Cloud, France, is an excellent example of work done under the supervision of a woman named Barbe Coudray, who successfully and profitably ran a factory that remained in production until 1766. 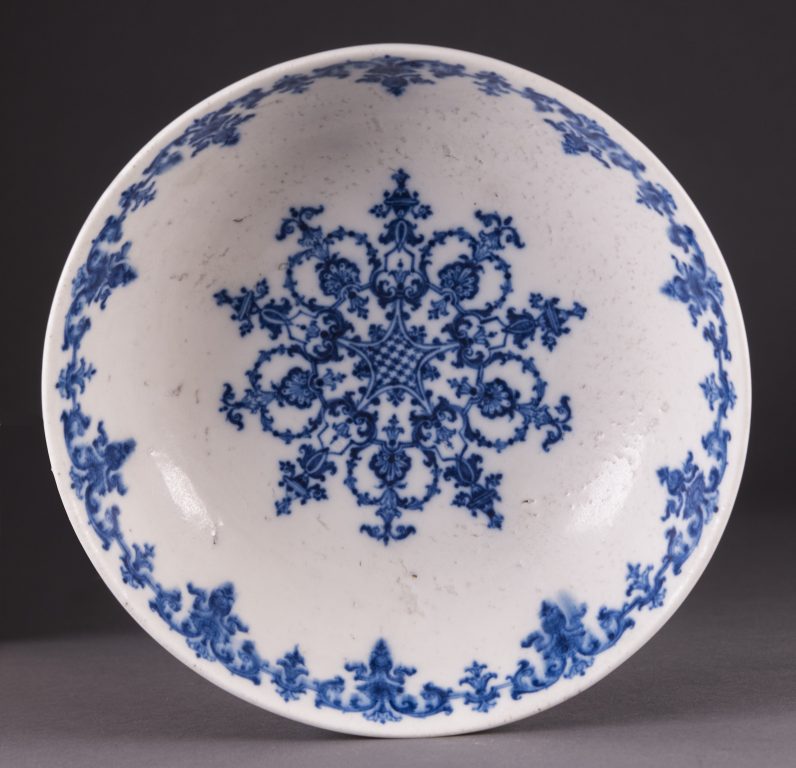 This large, 18th-century porcelain bowl was made at the Saint-Cloud Factory in France, which was profitably run by a woman named Barbe Coudray.

The Reeves Museum of Ceramics recently acquired this large bowl, which was made at the Saint-Cloud Factory in France, the first commercially successful porcelain manufactory in Europe.

European potters had tried to reproduce Chinese porcelain since the mid-1500s. While a few had succeeded in making the material, none had been able to do it consistently or in large enough quantity to make it commercially viable. That changed in the 1690s when, after years of experimentation, Saint-Cloud (pronounced “san-clew”) began producing porcelain. Its products were accurately claimed as “having no parallel in all of Europe,” and the English scientist Martin Lister jealously wrote that he “could not distinguish betwixt the pots made there, and the finest China Ware I ever saw.” 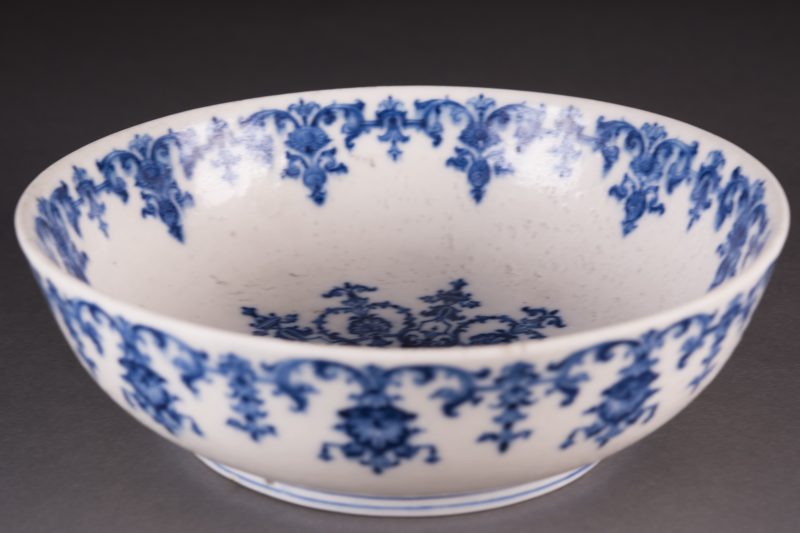 This large, 18th-century porcelain bowl is a fine example of Saint-Cloud’s early work and a masterpiece of European porcelain.

Soft-paste porcelain is difficult to work with, and at 9.5 inches in diameter, this is one of the larger pieces made at Saint-Cloud. It is painted in underglaze blue, itself a major technical achievement, with lacey decoration that the pottery called “broderie.” It was inspired by the work of Jean Berain, whose designs were also used on contemporary silver and textiles.

The bowl is clearly a fine example of Saint-Cloud’s early work and a masterpiece of European porcelain, but that alone is not what led the Reeves to pursue this piece. While 18th century French porcelain may not be the first thing one thinks about when considering diversity in the decorative arts, in fact one of the driving forces of Saint-Cloud’s success was a woman, Barbe Coudray.

According to scholar Genevieve Le Duc, “historians have been content to depict her simply as a wife, widow, mother or ‘executor.’ However, documentary evidence indicates that Barbe Coudray was not only linked to the Saint-Cloud Porcelain Manufactory for nearly half a century but also appears to have been a woman of great strength and character who ruled the enterprise during her time.” She and her two husbands, first Pierre Chicaneau and later Henri Trou, not only successfully learned how to make porcelain, but also successfully and profitably ran a factory that remained in production until 1766.

Like all museums, the Reeves Museum of Ceramics is working to expand and diversify the stories it tells to better reflect 21st century American society. In some cases, this means intentionally acquiring pieces made or used by groups such as African Americans or women who are not well represented in the collection, but in many cases, it means simply looking more broadly at objects to see what stories we have overlooked or ignored.

This bowl is an important tool in showing the influence that Chinese porcelain had on global ceramics traditions, one of the main themes of interpretation of the Reeves collection, and that alone would justify its acquisition. But by looking more broadly, we can also use it to explore the career of an important businesswoman and the often-overlooked role of women in the ceramics industry.

This bowl is now on display in the European Ceramics Gallery in the Reeves.