Dr. Stuart Flanagan ’58 Uses his IRA Charitable Rollover to Fund a Family Scholarship The scholarship honors his "father and mother who made a real sacrifice so that I might be able to go to W&L." 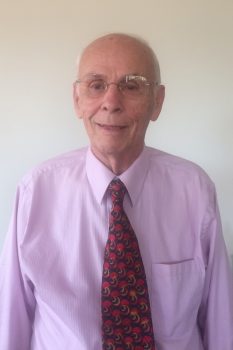 When Dr. Stuart Flanagan ’58 was accepted at W&L, he wrote to Dean Gilliam declining the offer. William & Mary—where Flanagan is professor emeritus—had offered him a much-needed scholarship. Flanagan’s two elder brothers, Robert Hugh Flanagan Jr. and William Latane Flanagan, had both attended W&L, but in the meantime their father had suffered a debilitating stroke, leaving their mother to shoulder the responsibility for her family of five.

Upon receiving Flanagan’s letter, Dean Gilliam called his mother and said, “‘What’s this about Stuart not coming to W&L?’ She had no idea I’d made that decision, but I said it was too expensive.” Gilliam found the Phillip W. Murray Jr. Scholarship for Flanagan, and his mother said she’d find a way to pay the balance, which remained a hardship on the family.

Several years ago, to fulfill a promise he’d made to the donor upon graduating, Flanagan contacted then director of donor relations Buddy Atkins ’68. He wanted to repay the scholarship he’d received, taking inflation and interest into account. Flanagan then went on to endow his own S. Stuart Flanagan Family Scholarship. He intends to add to these funds through his estate plan, mindful of Dean Gilliam’s gentle reminder to do so.

“The scholarship honors my father and my mother who made a real sacrifice so that I might be able to go to W&L. The spirit of the scholarship reflects the ethos of my family. I wanted my scholarship to go to a student who would not otherwise be able to afford to attend W&L, but an important criterion is that they should be able to show they have a history of helping other people. My parents did not have a lot of money, but they gave of themselves,” Flanagan observes.

Flanagan has used his IRA Charitable Rollover to fund the scholarship. “I knew I wanted to give money to the school; I just needed to figure out where to take it from,” he notes. “Since you have to take money out of your IRA every year anyway, it was not only easy to do, it was necessary. I choose to give to education at W&L, because we need people with character and integrity to be educated to lead the country and help their communities.”

• You must be age 70½ or older at the time of gift.
• Transfers must be made directly from a traditional or Roth IRA account by your IRA administrator to Washington and Lee University. Funds that are withdrawn by you and then contributed do NOT qualify. Gifts from 401k, 403b, SEP and other plans do not qualify.
• Gifts must be outright. Distributions from donor-advised funds or life-income arrangements such as charitable remainder trusts and charitable gift annuities do not qualify.

• Can total up to $100,000.
• Are excluded from your gross income for federal income tax purposes on your IRS Form 1040 (no charitable deduction is available, however).
• Count towards your required minimum distribution for the year from your IRA.

For more information on the IRA Charitable Rollover, please contact Margie Lippard, associate director of gift planning, at 540-458-8902 or mlippard@wlu.edu or visit go.wlu.edu/giftplanning.