‘Dream Team’ Recreates 15th-Century Florence Professor George Bent and his team of students are working on a digital recreation of Florence that Bent describes as the “project of his career.”

“Having an opportunity to study what interests us while also learning digital humanities skills is invaluable. I feel like I am participating in a groundbreaking, but lasting, project.” 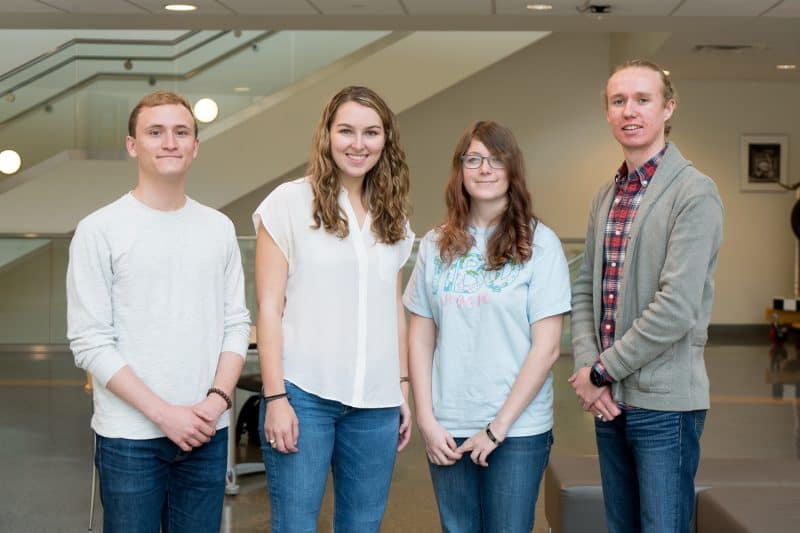 Aidan Valente ’19, Katherine Dau ’19, Mary Catherine Greenleaf ’19 and Colby Gilley ’20 form part of the “dream team” that has been helping professor George Bent with his project, “Florence As It Was.”

Two years ago, while watching his son play the popular video game “Assassin’s Creed,” Washington and Lee art history professor George Bent realized that he recognized the game’s setting as 15th-century Florence, Italy. But Bent, a historian who has visited Italy multiple times over the past three decades, was bothered by inaccuracies in the digital recreation of Renaissance Florence.

The more he thought about it, the more he felt the need to produce his own recreation of the timeless city. It was that urge that would turn into a project known today as “Florence As It Was.”

Bent, the Sidney Gause Childress Professor of the Arts at W&L, has labored for 10 months with seven hand-picked students to create a first-of-its-kind digital reconstruction of Florence. The program will allow users to tour and examine the city as it looked in the 15th century.

“Initially, the goal was to create a two-dimensional and three-dimensional map of the city – complete with representations of buildings – designed according to measurements taken from on-site examinations and various scholarly literature,” said Bent.

An ambitious initial goal was not enough, however, for what Bent likes to call the “dream team.” This year’s team of four includes Aidan Valente ’19, Katherine Dau ’19, Mary Catherine Greenleaf ’19 and Colby Gilley ’20. While the initial goals remain, the team also hopes to create a virtual reality tour complete with the sounds and art of that time period.

“This is the project of my career,” Bent said. “I know art historians in my period who have literally gone mad working on projects like this, so at this point it’s about stamina and it’s about keeping the momentum going.” 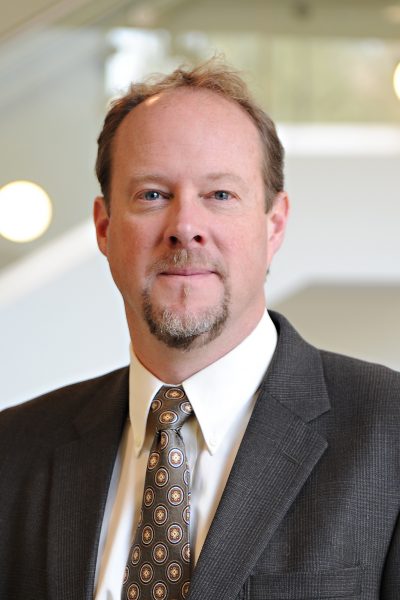 Students who participate are personally chosen by Bent for the different talents and skills they can bring to the group. From translators to video game designers, these students have skill sets that cover all of the project’s bases.

Valente and Sam Joseph ’19 traveled to Florence for this project in the summer of 2017. While there, they conducted research for six weeks and extensively photographed the first site selected for photogrammetric modeling, thus forming the basis for the project’s 3-D modeling work.

“This wasn’t just a vacation to Italy in the summer,” said Bent. “This was an all-day job for them, and they worked literally from sun-up to sundown.”

Joseph is stepping down from the project this year in order to prepare for graduate school, but he has high hopes for its future.

“I hope to see ‘Florence As It Was’ develop into a massive international collaboration, bringing together great minds and wide-reaching interests under one project,” Joseph said.

Other universities around the world have embarked on digital projects that revolve around the city of Florence. Bent hopes to partner with those institutions to aid in the project’s development. In particular, the University of Chicago aims to layer onto the maps the sounds that one might have heard at any given hour of the day in the Renaissance city, while the University of Toronto has already begun a project to map the people, places and events of 16th-century Florence through archival research. If collaborations with these institutions move forward, users of the system will be able to immerse themselves in a Florentine’s daily experience in the middle of the Renaissance.

“If you want to see the city in mid-morning, we want you to tell the system that it’s 9 a.m.,” Bent said, “and we want you be able to hear the bells that rang at that time of day.”

Bent also hopes to restore the artwork of that period to its original locations. “This is a chance to see the art we are familiar with today – that’s currently tucked away in museums – restored to their natural settings,” said Bent.

Mary Catherine Greenleaf ’19 is using this project to help prepare for her dream job. Greenleaf creates models of the buildings from photographs or, in the cases of buildings that no longer exist, paintings. As an aspiring graphic artist for video games, Greenleaf sees Florence As It Was as the ideal opportunity to sharpen her skills.

“This is the perfect project to prepare me for this goal,” said Greenleaf. “Not only am I learning the skills needed for my future career, but I also have the unique opportunity to be involved with the creation of an environment that’s astoundingly similar to what I would be doing in such a profession.” 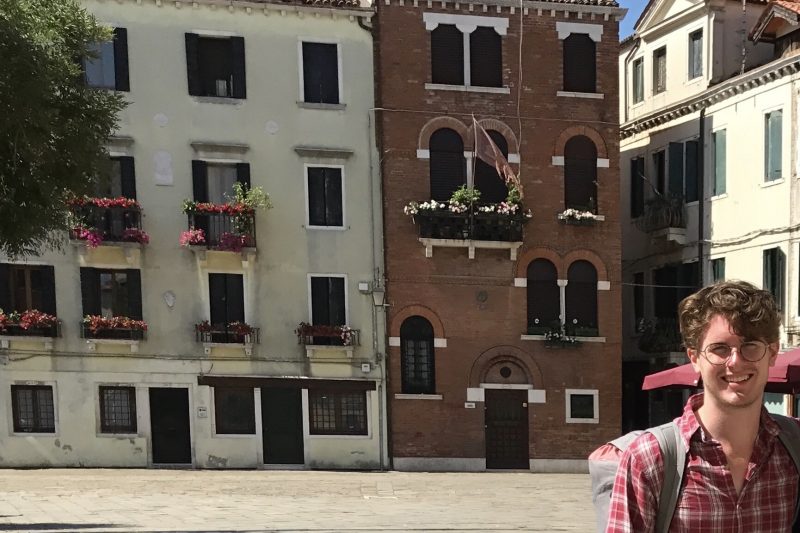 Other members of the team also feel like they are making significant leaps with the project.

“It truly is mind-blowing to realize that we are thoroughly and accurately recreating an environment that has not physically existed in whole for several hundred years,” said Gilley. “We have to remind ourselves that we are in fact recreating history.”

This semester, Gilley, along with Dau, will spend a great deal of time writing essays on various aspects of Florentine society, which will add a layer of interdisciplinary research to the project.

“Having an opportunity to study what interests us while also learning digital humanities skills is invaluable,” said Dau. “I feel like I am participating in a groundbreaking, but lasting, project.”

The work is far from finished, and more trips to Florence are planned. The students involved today are only the foundation, and they know that this undertaking cannot be completed during their time at W&L.

“We would like to see this project completed by 2030,” said Bent. “However, it could be longer. The challenges keep multiplying.”

To track the team’s progress, visit http://florenceasitwas.wlu.edu, where they have updated images of the maps and buildings they are currently designing, along with personal blogs about their work. 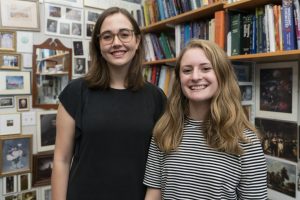