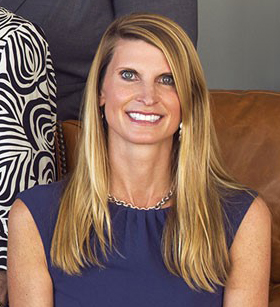 Allison McJunkin ’04L was in a quandary. She’d graduated from Vanderbilt University in 1999 and was working as a paralegal for a civil rights law firm in Washington. She was loving the experience but couldn’t decide whether she loved it enough to make a career out of the law.

“I wanted to do something that made a difference.  But I also wanted a family and was worried about juggling that with the long hours that most lawyers worked.”

As she wrestled with the decision, McJunkin turned to her lawyer/dad who promised her that law school would give her the confidence, competence and credibility to do anything she wanted in life.

So she took her father’s advice and followed in his footsteps by enrolling at the W&L School of Law. Her dad, the late Thomas N. McJunkin ’70, ’74L, was a distinguished W&L alumnus, a member of the university’s board of trustees, and an esteemed attorney with the Charleston, West Virginia, firm, Jackson Kelly P.L.L.C.

McJunkin thrived in the W&L environment. She loved everything: the classes, the professors, the camaraderie with classmates. She loved sitting in the front row of Professor Brian Murchison’s American Public Law class, listening to vivid descriptions of the Constitution being trampled. She loved small group sessions with Professor Emeritus Ann MacLean Massie who encouraged robust discussions about important topics.

“We had very diverse viewpoints on lots of issues in those small classes,” she said.
“I really enjoyed the healthy banter. We don’t get to do that very often these days. Now there’s just a lot of unhealthy banter. Or there’s no banter at all.”

At W&L, McJunkin was president of the Public Interest Law Students Association and staff writer for the Race and Ethnic Ancestry Law Journal. She represented the law school at the National Legal Aid and Defender Association Conference. For her commitment to issues impacting the public interest, she won the Calhoun Bond University Service Award, given to the graduating student who made the most significant contribution to the University Community.

In 2007, she left her job to serve as constituency director for the Obama campaign in West Virginia. When she returned to Chicago, McJunkin opened her own firm, The McJunkin Law Firm, specializing in employment law and civil rights violations. She was also preparing to get a master’s degree in counseling.

“I was doing a lot of employment discrimination work, which I enjoyed,” she said. “But I often felt helpless because most of my clients didn’t have the war chest needed to go up against big employers.” 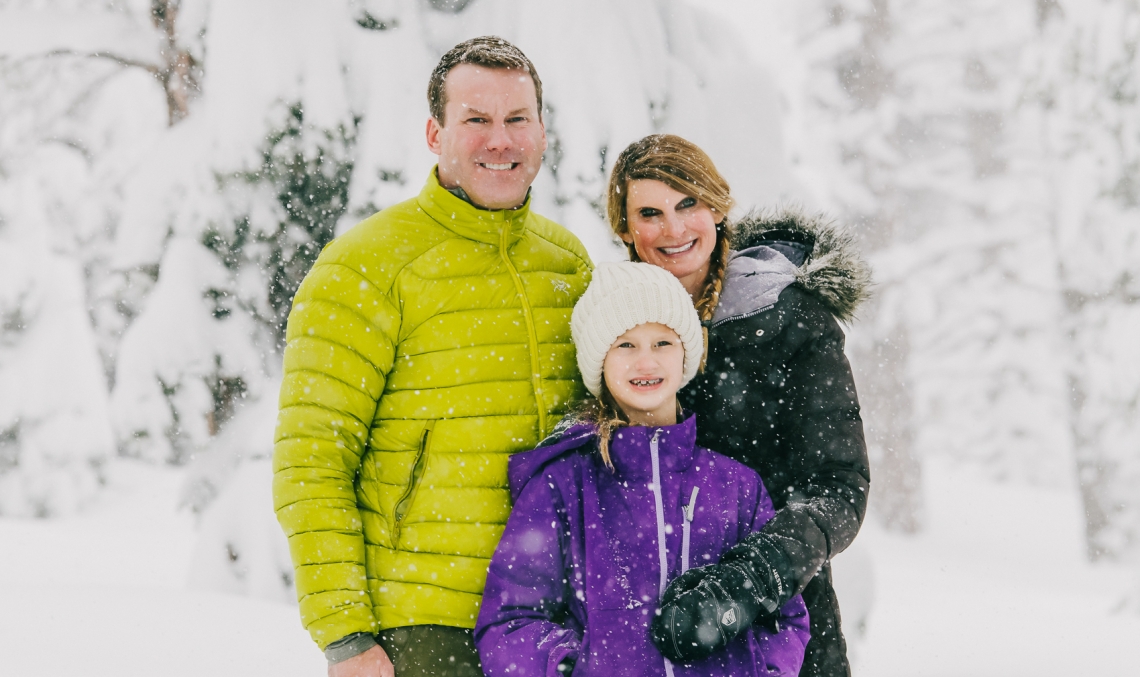 Allison McJunkin with her husband Ken and daughter McKenzie.

Her life and career took an unexpected turn in 2011 when her father died of cancer. During the four years he’d battled cancer, Tom McJunkin had enlisted his colleagues at Jackson Kelly to serve as mentors with students at Piedmont Elementary School where he’d volunteered in the Read Aloud program for two decades. Working with the school principal, Tom McJunkin arranged for attorneys and staff from Jackson Kelly to work one-on-one with Piedmont students during lunch or other free time. He called it JKEEP — Jackson Kelly Education Elevators Program.

Although Allison McJunkin was aware of her father’s activities and of his passion for the role education plays in everyone’s life, she didn’t know all the details of what he’d created. Then, in the early fall of 2011, McJunkin traveled to Charleston from Denver where she and her husband, Ken, had moved and where she was still running her law firm.

“When his condition started to get worse, I flew home to visit my dad.  I kept thinking about his passion for JKEEP and on a whim I googled it.  A video popped up of these kids talking about how important the program was for them, and I thought, ‘Gosh, I should talk to my dad more about this,’ she said. “By the time I got there, he was in hospice and no longer able to speak.”

Tom McJunkin died on October 8. He was 62. The visitation was held at the Clay Center for the Arts and Sciences of West Virginia where the crowd included dozens of students and teachers from Piedmont Elementary.

“The smiling faces of those kids stuck with me,” said McJunkin, who decided then she needed to keep the program alive and expand its reach.

With funds given in her father’s name, McJunkin established Education Elevators (EE) as a formal 501(c) (3), created a board of directors, and sought partnerships between other Charleston businesses and schools. In her 10 years as Executive Director, EE has grown from one business paired with one school and a few students to 10 businesses paired with nine schools and almost 100 kids, including some middle schoolers.

EE’s success is measured by more than the increase in participants, according to Jace Goins ’89, an attorney with Steptoe & Johnson PLLC. Goins has volunteered to mentor at-risk students at Mary C. Snow Elementary School since 2018. He’s also on the EE board.

“I think that the program’s impact is well-documented in terms of the positive effect it has on the children’s self-esteem, emotional health and academic performance,” said Goins ’89. “Many of these kids have no good role models at home, so having even limited interaction with an EE mentor is really helpful. For example, one of the first things I told my student, a sixth grader, this year was that when he meets someone, to greet him or her with a firm handshake and look him or her in the eye.  Unfortunately, I don’t think anyone had told him that before.”

McJunkin cited a litany of challenges the program’s students are facing.

“West Virginia is the state with the highest number of kids going into the foster care system,” said McJunkin. “It has the highest number of grandparents or aunts or uncles raising kids. You have poverty on top of that, and then there is the opioid epidemic. Now we are dealing with Covid and its far reaching implications. These kids really need the kind of support the Elevators provide, just by sitting with them and reading a book or playing a game.

“If you can pique their curiosity, if you can get them excited about the future, if you can help them see that there is a future, then you have an opportunity to get them on the right track and keep them there.”

McJunkin said her father deliberately chose “Elevators” rather than “mentors” because his goal was to elevate students’ aspirations.

“My dad saw this program, and we continue to see it, as helping lift kids up, helping them see the world from a different perspective,” said McJunkin. “His office was on  the 18th floor of a building in downtown Charleston, and I always think about the perspective you see from the ground floor versus how it felt to take this elevator up and have a birds’ eye perspective. That’s what we provide.”

In 2016 McJunkin was named a “Woman on Mission” by Union Mission Ministries of West Virginia for consistently dedicating her time, resources, talents and heart to help others. McJunkin acknowledged that she is, indeed, on a mission — a mission to see that as many kids as possible have an Elevator and a mission to sustain her dad’s vision.

McJunkin continues to live in Denver with her husband and their daughter, McKenzie, 8. She administers the program with the help of five coordinators on the ground in Charleston. She’s able to maintain the relationships she’s established with the business partners and to pursue new partners to expand the program.

“I think my dad knew where law school would eventually lead me, even if I didn’t,” McJunkin said. “After all, he was my original Elevator.” 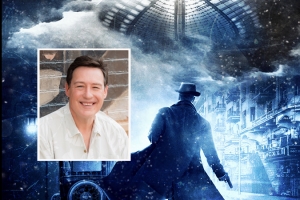