Elliot Emadian Releases Debut Album Somehow, in addition to all of his coursework and extracurricular activities, Elliot Emadian has found the time to write, record and release his premiere album.

“That’s kind of why I write music—as a way to work through things, emotions, life experiences. I hope that comes through in the album.” 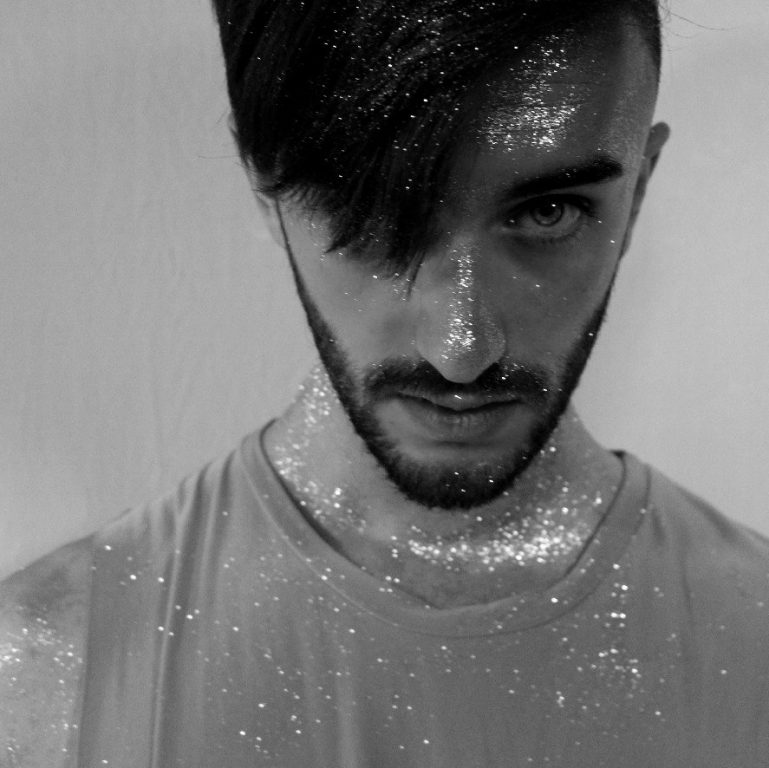 Most students will recognize our title hero. At this point in his college career, Elliot, a senior with more extracurriculars under his belt than FoodFlex I have left in my account, probably requires little to no introduction.

Between going to dance rehearsals, being a First-Year RA, working for Traveller, contributing to wluLex, etc., we don’t know when Elliot sleeps (or if he sleeps). Yet somehow, in addition to all that, he’s found the time to write, record, and release his premiere album.

The album is titled “selftalk,” and it hit campus on November 11.

It includes an impressive lineup of 10 original songs (12 on the deluxe version!), written and performed by Elliot himself. The album is being produced under Friday Underground Records (not to be confused with the W&L coffeehouse event Friday Underground). This marks the second student album released under the label, with Ralston Hartness’ Atlas being the first.

The funding for “selftalk” was supplemented by a very successful Kickstarter campaign launched by FUDG Records.

We were lucky enough to get a chance to sit down with the ever-elusive Elliot himself to talk about “selftalk.”

Q: Describe this album in one word.

Q: What inspired the album?

My life. Particularly relationships I have with people and how I, as a human, interact with other people.

Q: What’s your favorite song off the album?

“Bridges.” But “Without You” is a close second.

I wrote it in early 2015 and never touched it again and then came back to it when we needed a tenth track for the album. … I reworked the lyrics and I completely reworked the track and I sent it back to [FUDG Records] and [they] said, “Yes.” When it came back from being mastered it was just at another level. I’m very pleased with it.

Q: Where does the name come from?

The first name I came up with was “soliloquy.” But something about that didn’t feel perfect in regard to the album, so I started looking at other things and self-talk came up, which is a branch of positive psychology. It’s the things you tell yourself to make yourself feel better. And that’s kind of why I write music—as a way to work through things, emotions, life experiences. I hope that comes through in the album.

Q: What did you learn about yourself as an artist through this process?

I had a lot of self-doubt about the songs and the quality and whether it was worth making at all. Austin and Dana [of Friday Underground Records] were really good about pushing me to accept that it was a quality product and worth making and publishing. I think through that I learned that it’s important not to worry about what other people are going to think about it. It’s more important to think about whether this impacts me and if it impacts me, will it impact other people? And if that’s the case, then it’s worth putting out. I shouldn’t try to interpret what other people think about it.

Q: Why should people listen to it?

I think that through the story of the album there’s at least one song that everyone can relate to.

Q: What are you going to do next?

I am still writing. I’m working on finding a new method of writing. It’s been such a long time [since] I’ve written anything that I want to figure out what works best for me. I’m also just enjoying this… I’m excited. My mind is blown that people will be listening to the music I made. I never thought this would happen.

Be sure to keep your ears open…rumor has it that FUDG Records has started talks with yet another student artist for a third album under the label… Who could it be?

In the meantime, you can catch Elliot onstage in the upcoming fall dance concert, hanging out on his hall, running to a math class from the dance studio, at the weekly wluLex team meetings, or at his album’s listening party on November 16th in the atrium of the Center for Global Learning.

"Selftalk" at a Glance