Lesley Wheeler, Henry S. Fox Professor of English at Washington and Lee University and poetry editor for Shenandoah magazine, has published her first novel, “Unbecoming.” The novel’s publication comes on the heels of her fifth full-length book of poetry, “The State She’s In,” which was released in March. 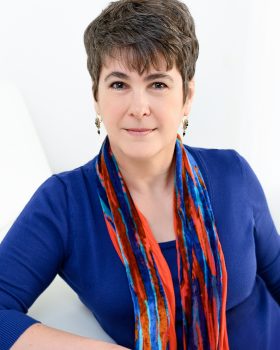 “Unbecoming” (Aqueduct Press) is a work of literary fantasy that is centered around a middle-aged college English professor named Cynthia. As Cynthia enters perimenopause, she notices that she may be developing uncanny powers. At the same time, her good friend leaves for a mysterious faculty exchange program in Wales and is replaced by an eccentric professor named Fee who also seems to wield strange powers.

A starred Publishers Weekly review hails the book as an “excellent feminist fantasy”: “Wheeler’s prose is gorgeous and her characters are marvelously detailed. Cyn is by turns sarcastic and serious but always empathetic, and the mysterious Fee is surprisingly down-to-earth for all her arcane knowledge. Readers will be taken with this powerful and deeply satisfying tale.”

Wheeler wrote the first draft of “Unbecoming” during a sabbatical in 2015. At the time, she said, she was worried about her ill mother and missing her oldest child, who had just left for college. The novel’s plot stemmed from a conversation with her husband, W&L English professor and superhero scholar Chris Gavaler, about how mutants in the comic book world usually discover their hidden powers as adolescents. Thinking of menopause as puberty in reverse, she began to conceive of that life change as the impetus for a magical new phase. 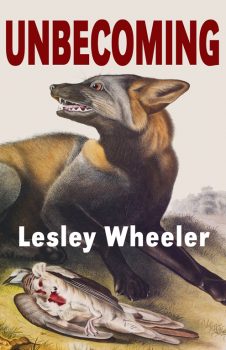 “I wrote it when I was approaching my 50th birthday and thinking about how, instead of being an ending, that transition could be the beginning of something good,” Wheeler said. “I wrote it to change my own mindset and to make other women in my situation feel empowered.”

Wheeler, an accomplished poet, said that writing a novel for the first time was a challenging and educational experience.

“I thought I knew something about writing going into the novel and discovered that I had to learn entirely new skills,” she said. “In poems, you are focusing on significant moments and expanding the moment and looking at every aspect of it. In novels, you have to make things move faster, figure out how to bridge those moments and arrange them to build on each other. Pacing was hard to learn.” 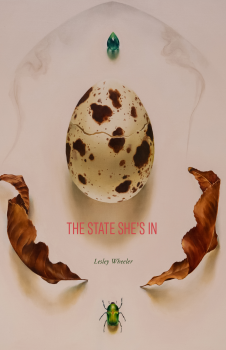 “The State She’s In”

In addition to “Unbecoming” and “The State She’s In” (Tinderbox Editions), Wheeler is the author of four poetry collections: “Heathen,” “Heterotopia,” “The Receptionist and Other Tales” and “Radioland.” She is also the author of multiple essays and scholarly books. Wheeler has won grants from Fulbright and the National Endowment for the Humanities, and she received an Outstanding Faculty Award from the State Council for Higher Education in Virginia. An essay collection, “Poetry’s Possible Worlds,” is scheduled for release in 2021.

Wheeler has been on the English Department faculty at W&L since 1994. She teaches poetry from the 19th through the 21st centuries, creative writing and a first-year writing seminar called Other Worlds, which studies stories based on fairy tales.