“I feel fortunate to have found a community here that has been invaluable to my development as a person.” 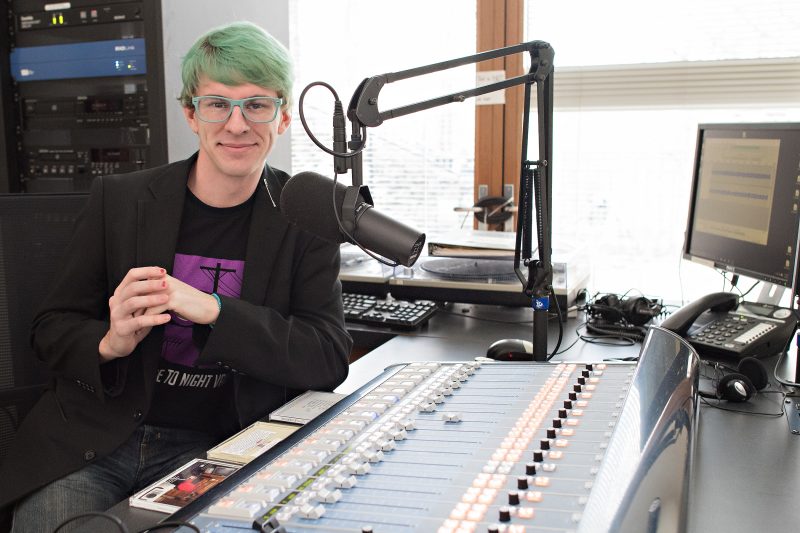 I believe things happen for a reason; however, I’ve come to learn that life doesn’t always make those reasons apparent from the outset. In regards to my time at Washington and Lee, it wasn’t until my second semester that I felt I had made the right decision in coming here. During the winter of my senior year of high school, I felt confident that I would attend Reed College the following autumn. Having resided in rural Wisconsin nearly my entire life, I craved the experience of being in the city. Goodbye cows, hello people! By the time I had received my offer of admission, though, my decision had been complicated by one factor: money.

Throughout high school, I pushed myself to attain a full scholarship from a top university; while I certainly preferred to enroll in a school on either coast, it was more important to me that I didn’t financially burden my family. Given this, I tried to remain open to any and all options – including a small liberal arts school in rural Virginia called Washington and Lee. I wound up visiting the university for the Johnson Scholarship competition after I had applied through QuestBridge solely because the application didn’t require any additional essays. Even though I thought – and was oddly relieved – I had botched my interviews, I was stunned when I read a letter a few weeks later congratulating me on my selection as a Johnson Scholar. Goodbye Portland, hello Lexington.

Several months later, I was attending my first class at W&L, Intro to Environmental Studies, taught by Leah Green. Over the summer, I had been uneasy about my decision to come here, but that course changed everything. One day, we were visited by Ben Eland – who is now Professor Green’s husband – and learned about Common Ground, the intentional community where they lived. I was taken instantly. I spoke with Ben after class to inquire about Common Ground, as he had mentioned that they often welcomed students to intern there in the summers, which was a strange calling for me. Even though I’d come from a rural area, I was by no means a “farm kid.”

With Professor Green’s recommendation, I wound up doing my environmental service learning placement at Common Ground the following term, and ultimately spent a summer there after my sophomore year. During this time, I was able to truly connect with various members of the university and Common Ground, in addition to Ben and Professor Green. Suddenly, it clicked; I believed I had discovered why I was meant to attend W&L.

In many ways, Washington and Lee is a special place. In my mind, though, it wouldn’t be quite as special without the people. I feel fortunate to have found a community here that has been invaluable to my development as a person. Whether chatting with a professor for hours over coffee during a time of personal crisis, or being encouraged by another to fully explore my academic and artistic interests, the people here at Washington and Lee have afforded me the opportunity to flourish intellectually, emotionally and spiritually. While I’m not sure where my path in life will lead me next, I am grateful that it led me through Washington and Lee.


If you know any W&L students who would be great profile subjects, tell us about them! Nominate them for a web profile.

A little more about Shaun

Why did you choose your major?
I have this incessant need to question everything, and genuinely enjoy pursuing knowledge for knowledge’s sake, so majoring in philosophy seemed like the move to make.

What professor has inspired you?
I’ve been inspired by several professors during my time here, but I rediscovered my passion for art after taking a class with Elliot King this term, so I’m particularly grateful for that.

What’s your favorite song right now?
“The Gun Song (No Trigger Version)” by Car Seat Headrest. It’s more than 15 minutes long, but it has stuck with me. Anything by CSH is fantastic, really.

Best place to eat in Lexington? What do you order?
It’s a toss-up between Sushi Matsumoto and Napa Thai. I always order the shumai and sushi regular at the former, and fried rice with shrimp at the latter.

What do you wish you’d known before you came to campus?
I wish I had known there was a radio station; I got involved the second semester my first year, but wish I had been a part of it from the beginning of my collegiate experience.

Post-graduation plans:
I’d eventually like to be a filmmaker, but I’m hoping to take a break from academia by DJ’ing for a radio station in Portland, Oregon, and joining the “Rocky Horror” troupe there for a couple years.

Favorite W&L memory:
I’ll never forget the first time that we performed “Rocky Horror” in Stackhouse. There were about 70 people there, which was beyond my expectations, and everyone in the cast had a blast.

Favorite class:
British Literature: Seeing Gothic with Jess Keiser, who is now teaching at Tufts, inspired me to minor in film. I actually had a paper I wrote for that class published in “Film Matters,” an undergraduate film studies journal!

What’s your passion?
Music, film, and the arts in general keep me going. I once encountered a quote which said, “The artist is a philosophical craftsman.” I couldn’t say it any more eloquently.

What’s something people wouldn’t guess about you?
I am an absolute Green Bay Packers fanatic. Go, Pack, go!

Why did you choose W&L?
I guess you’ll have to read my essay!