Finding the Allure of Paris Students in Michael and Lena Hill’s Spring Term course are discovering what inspired writers of past generations. 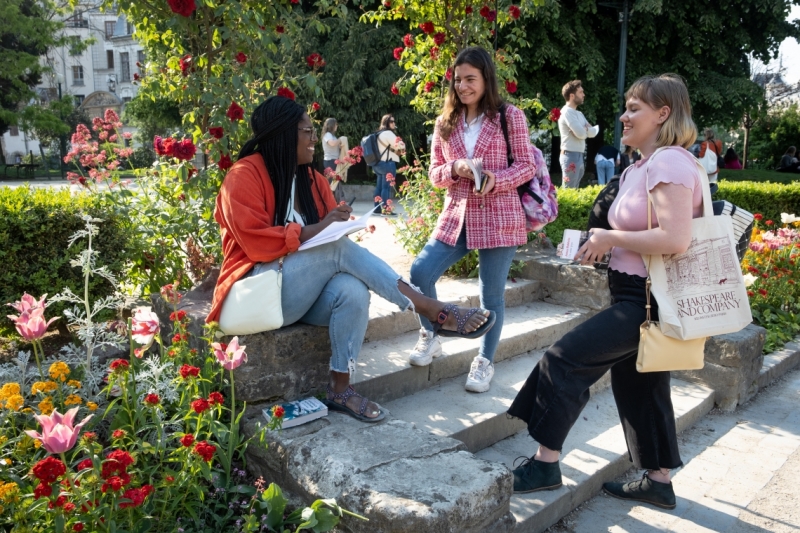 “The works that we are reading take on a whole different meaning when we can actually walk the same streets and have the same types of experiences that the writers had, like going to a jazz club and walking down the Champs-Élysées.”

Washington and Lee students are experiencing Paris in the springtime through the eyes of some of the world’s greatest writers this Spring Term in “Black Writers and the Allure of Paris,” a new course co-taught by Michael Hill, professor and chair of the Africana Studies Program, and Lena Hill, provost and professor of English and Africana studies. The course invites students to spend three weeks immersed in the literary works of African American writers of the Harlem Renaissance and the mid-twentieth century while exploring the Paris neighborhoods they called home.

“We hope to introduce students to the different reasons that France looms so large in the Black literary imagination,” Lena Hill said. “One of the major questions is why Black writers were so eager to live in Paris after World War I and World War II, and why France captured the imagination of African Americans during these two periods.”

Michael Hill was recently named the inaugural director of the university’s new DeLaney Center, an interdisciplinary academic center for teaching and research on Southern race relations, culture and politics. His research analyzes post-World War II African American experience. Lena Hill focuses her scholarship and teaching on African American literature and visual culture, particularly during the period following World War I. Lena Hill said that she and Michael enjoyed weaving together their areas of research to create the course syllabus.

The class includes walking tours and excursions in addition to reading the works of Richard Wright, Langston Hughes, Gwendolyn Bennett and other writers who were inspired by Paris during this time period. A weekend visit to Marseilles will coincide with reading “Romance in Marseilles” by Claude McKay, and students will have the opportunity to attend a live performance in the evening at a historic jazz club.

“This class very nicely combines literature and history to best understand the motivations and experiences of Black writers like James Weldon Johnson, Claude McKay and James Baldwin, who came to France,” said Tahri Phillips ’22. “The works that we are reading take on a whole different meaning when we can actually walk the same streets and have the same types of experiences that the writers had, like going to a jazz club and walking down the Champs-Élysées. We are also able to experience the cultural adjustment and witness the cultural differences that these writers would have seen themselves.”

The final project for the course will ask students to create digital stories about their time in Paris, combining skills such as photography, voiceover, soundtrack selection, scriptwriting and video editing. Students will collect photos, videos and audio throughout the class to create a three- to four-minute digital story of their engagement with a particular historical occurrence touched upon by their time in Paris. Digital stories will be screened during the closing ceremony event held prior to their departure from Paris.

Michael Hill said that he and Lena have brought many discussions about interpretive rigor and high-impact learning practices to their approach to the course.

“Geologists and archaeologists understand what happens when you take concepts that you discuss within the classroom and then implement them on the ground,” he said, “and when you actually activate them within that space…you will be better at analyzing things because you have this element of experience that’s added to your overall learning journey.”

The Hills also wanted students to experience living in Paris by staying in apartments, shopping for groceries in local markets and even taking an afternoon to learn how to make chocolate with a Parisian chocolatier. The course offered many students their first opportunity to travel abroad, and the course syllabus includes “passport activities” that encourage students to visit Paris landmarks such as the catacombs and the Musée de l’Orangerie to further familiarize themselves with the city.

“We really are living and navigating on our own in Paris for these few weeks,” said Rose Hein ’22. “I think I will be glad to have the experience of life in a different country. It is always good to broaden our horizons and see how people in other places live day-to-day.”

Enuma Anekwe-Desince ’22 originally enrolled in the course in 2020, but it was canceled because of the pandemic. She said she is thankful to be able to finally travel to Paris with her classmates before graduating.

“I’m really excited to be able to be in the same spaces that a lot of Black writers found solace,” Anekwe-Desince said. “I think that’s just powerful and something that transcends time.” 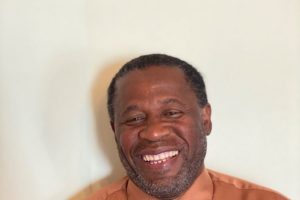