Washington and Lee University is proud to announce this year’s Distinguished Five-Star Alumni Award winners. The recipients received their awards during the Five-Star Festival, November 2 – 4, 2017. 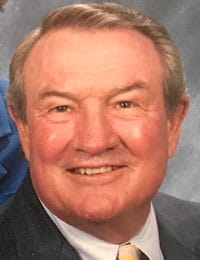 A member of Phi Gamma Delta, John graduated ODK, was a Class Officer, a member of the Scabbard & Blade and a Commissioned 2nd Lt. He served in the JAG Corps for three years in Germany, where he tried general courts-martial. John was a member for eight years and chairman for two years of the Virginia Judicial Inquiry Review Commission. He was a Fellow of the American College of Trial Lawyers and a past board member and volunteer of Jubilee Family Development Center. He is also a prior owner and supporter of the Lynchburg Hillcats minor league baseball team.

John has stayed involved with W&L by volunteering with his reunion class committees, as a law class agent for the Annual Fund, a member of the Law Council, and president of the Law School Alumni Association. 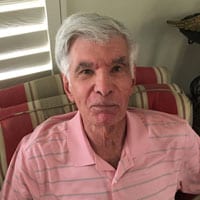 Warren was a member of Delta Tau Delta, a Class Officer and on the Calyx. After graduating from W&L, he joined the FBI and worked as a Special Agent in Missouri, Florida and Mississippi for almost eight years. In 1969, Warren was named Administrator in the Compliances and Practices Department for NBC in New York. In November of that year, he moved to California as Manager of NBC’s Compliance and Practices Department. In 1974- 75, he was Security Coordinator for ITT’s world headquarters in New York City. 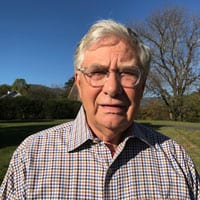 A commerce major, Peter was a member of Phi Kappa Psi, served on the University Media Board as business manager of the Ring Tum-phi and on the Calyx. Peter married his wife, Betsy, in 1969 and they have two sons, Peter IV and Parker. He obtained a LLB (now JD) from UVA and practiced law in Tidewater for twenty-five years. Peter has devoted much of his energy to the nonprofit sector, initially in the areas of education and the arts and more recently in land conservation and historic preservation. His interest in the eleemosynary world began at W&L where he was involved in service organizations, including as the president of the organization that invited Martin Luther King, Jr. to speak at W&L. Peter served as Class Agent, Vice Chairman of the Annual Fund and President of the W&L Alumni Association during the coed question review.

Peter is a life member of the Virginia Beach Rescue Squad and, among many roles, served as chair of its Foundation. He was president of the Norfolk Botanical Garden Board and is a Master Gardener and a Master Naturalist. Currently Peter serves on the Boards of the Charlottesville Area Community Foundation, the Nelson County Community Fund, and the Virginia Conservation Network, an umbrella organization of the environmental groups in Virginia. Peter’s focus today is the Rockfish Valley Foundation (RVF) that he founded in 2005 of which he serves as President and Chairman. He leads opposition to the Atlantic coast pipeline against its damage to culture and history in Nelson County. He credits his success to the liberal arts education at W&L. 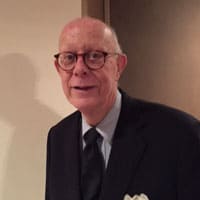 A pre-med major, John was a member of Phi Kappa Psi, the Concert Guild, worked on the Calyx and Ring-tum Phi. He went on to The University of Alabama – School of Medicine for medical school. John joined a fellow classmate and a single practitioner in 1971 and they have continued to practice together for 41 years. He left the practice late in 1971 for two years serving in the U.S. Air Force being stationed in Plattsburgh, New York. John married his wife, Nancy, in the last year of residency and shortly after left for Plattsburgh.

Upon returning to Birmingham from serving in the Air Force, John starting writing a check to W&L and the Alabama School of Medicine every month as he wrote a check to the mortgage company and utility companies. Looking back, he sees this as a reminder of what those institutions prepared him for and how indebted he is. John has remained very active with W&L, serving as a reunion class committee member, a board member of the George Washington Society, director of the Alumni Board and president of the Birmingham Alumni chapter. John served on the Vestry and as a Junior Warden at the Cathedral Church of the Advent. His outside interests focus on education and art – from reading to first grade students to serving on the board at Highlands School; alumni boards at Indian Springs School and W&L, and the Admissions Committee to the University of Alabama School of Medicine. He has donated art to: Highlands School, The Altamont School, Mountan Brook Library, W&L, UVA, Sweet Briar College, U of Alabama at Birmingham, Auburn U and The Eye Foundation Hospital. 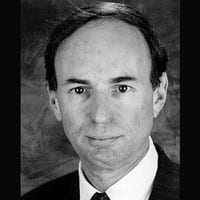 James is a treasury and corporate finance consultant and a former banker with the First National Bank of Chicago (now JP Morgan Chase). He has managed over 250 financial studies and credit analyses for companies worldwide. He has been a university professor teaching MBA (various NY and CT universities) and executive education (University of North Carolina-Chapel Hill) in finance. He has written 12 books and some 60 articles and papers, and is the series editor and principal author of Fast-Track business textbooks.

He was an accounting major at W&L, a member of Zeta Beta Tau fraternity, a member of the Concert Guild and the Washington Lit Society. He earned an MBA from the Wharton School at the University of Pennsylvania in 1964, and a Ph.D. from American University in 1970. James was honored as a Rockefeller Fellow, and is a CCM, a CMC, and a member of Beta Gamma Sigma. He assisted in the development of the Hillel House at W&L, has endowed a scholarship, and has made various other gifts to the University.