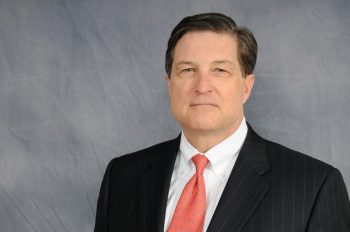 Dr. Jeffrey Lacker, former president and CEO of the Federal Reserve Bank of Richmond, will deliver the H. Parker Willis Lecture in Political Economy on Tues., Feb. 27 at 5 p.m. in Washington and Lee University’s Stackhouse Theater.

The talk is free and open to the public.

Before joining the Federal Reserve, he was an assistant professor of economics at the Krannert School of Management at Purdue University and previously worked at Wharton Econometrics in Philadelphia. He earned his Ph.D. from the University of Wisconsin and a B.A. in economics from Franklin & Marshall College.

Dr. Lacker is the author of numerous articles in professional journals on monetary, financial and payment economics.

The event is sponsored by the Williams School of Commerce, Economics, and Politics.

The H. Parker Willis Lecture series began in 2002 to honor the first dean of the School of Commerce at W&L, H. Parker Willis (1874-1937). Willis was economic advisor to Congressman Carter Glass and consultant to the House Banking and Currency Committee in 1912-1913.