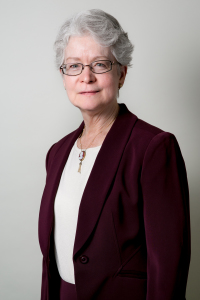 The event is scheduled for Thursday, March 29, at 5:00 p.m. in the Millhiser Moot Court Room, Sydney Lewis Hall on the campus of Washington and Lee University. The event is free and open to the public.

Clark joined Bredhoff & Kaiser in 1975. She has extensive experience in federal litigation, and focuses her practice in the employee-benefit area. Clark is counsel to a number of large multiemployer pension and health-benefit plans, as well as multiemployer 401(k) plans and funds that provide training or legal services to employee participants, and to a public-employee pension plan. She also represents labor unions and groups of employees in benefits litigation.