Former Trump Aide to Kick Off Washington Term Speaker Series Marc Short ’92 will deliver a lecture to the campus community entitled “Serving in the Trump Administration." 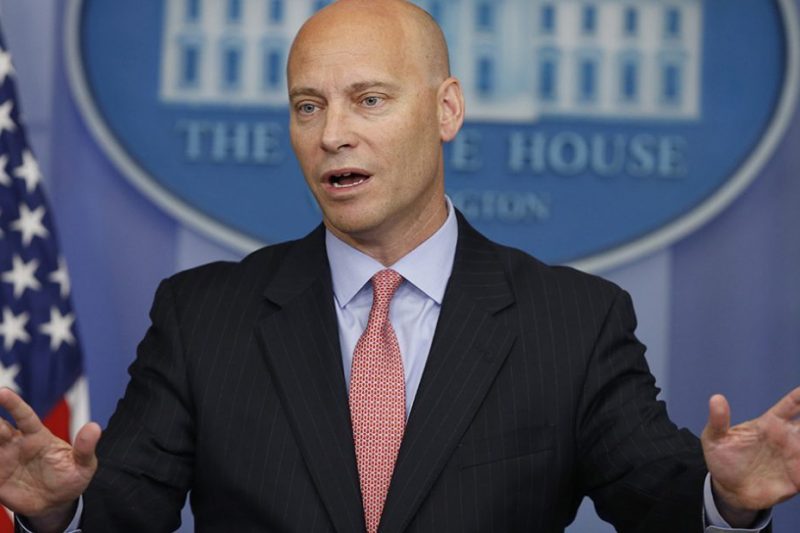 On Wed., Feb. 6, at 7 p.m. in the Hillel Multipurpose Room, Marc Short ’92 will deliver a lecture entitled “Serving in the Trump Administration,” as part of the broader Washington Term Speaker Series “From the Colonnade to the Capitol… and Back.”

Assistant Professor of Politics Brian Alexander, the new director of the W&L Washington Term Program, started this speaker series as a way to connect the D.C. experience of Washington Term with the campus community.

Next in the series will be a talk by Tolu Olubunmi ’02, CEO and founder of Lions Write on Tues., March 5 at 7 p.m. in Stackhouse Theater. Tolu has established and led several organizations and campaigns focused on immigrant integration, youth empowerment, education, access to technology, and employment.

“The speakers reflect the full breadth of the success of W&L alumni, whether like Marc in key positions on Capitol Hill and the White House, or with Tolu in global leadership and advocacy for migrants, refugees, and internally displaced people,” said Alexander. “These are the kinds of futures awaiting not just students of Washington Term, but all W&L students.”

Marc Short has held roles in major conservative non-profits, the executive branch, election campaigns and both houses of Congress. He is currently a practitioner senior fellow for the Miller Center of Public Affairs at the University of Virginia.

Short worked for McGuire Woods Consulting and served as president for Freedom Partners, a nonprofit organization proposed to promote the benefits of free markets and a free society, located in Arlington, Virginia, from 2011 to 2016.

Born in Virginia, Short went on to receive an M.B.A. at University of Virginia’s Darden School of Business in 2004 after graduating from Washington and Lee University in 1992.

This series is sponsored by the Washington Term Program with the support of the Department of Politics and the Williams School.

The Washington Term Program is an undergraduate living-learning experience in Washington D.C., combining full-time internships, college coursework, and a lecture series. Each spring, a select group of sixteen students spend four days per week working in their internships. On Fridays, they attend a morning class led by Professor Alexander and afternoon guest lectures by prominent political figures in Washington. The program, open to all majors, has given over 400 W&L students a unique experience in Washington since its founding in 1987.