“We have lost one of W&L’s most important and beloved figures.” 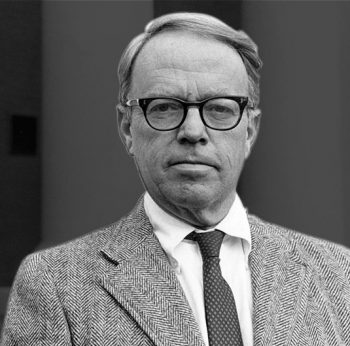 “We have lost one of W&L’s most important and beloved figures,” said President Kenneth P. Ruscio. “President Huntley made innumerable and invaluable contributions as a student, as an alumnus, as a member of the faculty and administration, and as the president. He personified our highest values of civility and integrity, and was able to articulate and explain those values with eloquence and force. He was indeed a Washington and Lee legendary figure.”

Huntley was born on June 13, 1929, in Winston-Salem, N.C., to Benjamin F. and Elizabeth Royall Huntley. He was educated in the public schools of that city and graduated from Reynolds High School.

Huntley and his brother, Benjamin, decided to attend W&L partly because of their family’s friendship with Francis Pendleton Gaines, president of W&L from 1930 to 1959. Gaines had been the president of Wake Forest University in Winston-Salem; Huntley’s great-grandfather served as chair of English and Latin at Wake Forest, and his maternal grandfather was an alumnus and trustee there for more than 50 years.

At W&L, Huntley majored in English as an undergraduate, was a member of Phi Beta Kappa and graduated summa cum laude. He won election as vice president of the student body and received the Washington Literary Society Award for the most distinguished service to the university of any graduating student. As a law student, he served as editor in chief of the Washington and Lee Law Review. He belonged to the Order of the Coif, the legal honorary society; Omicron Delta Kappa, the honorary leadership fraternity; Phi Delta Phi, the legal fraternity; and Delta Tau Delta social fraternity. He also earned an LL.M. from Harvard University in 1962.

As an undergraduate, “I had a wonderful four years, made lots of friends whom I’ve still got, and I managed to learn something in the process, despite an indifferent approach to academia,” Huntley said in “Come Cheer for Washington and Lee: The University at 250 Years.” “I had some great teachers who eventually managed to stimulate even an intellect as dull as mine.”

From 1950 to 1953, Huntley served in the U.S. Navy, enlisting as a seaman apprentice. He attended boot camp and electronics school in Great Lakes, Illinois, and the U.S. Naval Reserve Officer Candidate School in Newport, Rhode Island. He served as ensign and lieutenant j.g. aboard a destroyer in the Atlantic.

He married Evelyn Whitehurst, of Virginia Beach, Virginia, on Aug. 14, 1954. They had three daughters, Martha, Catherine and Jane.

Before returning to W&L to teach, Huntley practiced law with Boothe, Dudley, Koontz and Boothe, in Alexandria, Va., from 1957 to 1958.

As a law professor at W&L, “Bob Huntley was probably the smartest teacher I ever had,” said Ike Smith ’57, ’60L in “Come Cheer.” “He was the most naturally intelligent man I ever knew. He’d bring out the best in you and explain the law and the reasoning behind the law as well as any man I ever listened to.”

The 20th president of W&L, Huntley was the first and only alumnus to be inaugurated as president in the 20th century. When he was named president on Jan. 3, 1968, he was 38 years old and had only recently taken the dean’s post at the Law School. “My daughter says I was dean for a day,” Huntley said in “Come Cheer.” He took office on Feb. 5, succeeding acting president William W. Pusey III, and was inaugurated on Oct. 18 that year.

While he was president, Huntley officiated over changes to the curriculum: the 1968 elimination of Saturday classes; the 1969 revision to degree requirements, the first major change since 1937; and, in 1970, the first revision to the calendar in almost 50 years, when the faculty established two 12-week terms and a six-week spring term. The undergraduate population jumped by 20 percent, and the curriculum grew to more than 450 courses.

He also oversaw the changing composition of the student body. The first African-American graduated from the Law School in 1969, and three years later, the first two African-Americans followed on the undergraduate side. In 1970, W&L began an exchange program with the neighboring women’s colleges, and in 1972, the first women enrolled in the Law School.

Huntley presided over the university during the 1970 student protests against the Vietnam War that became known as Eight Days in May. In a less intellectual event — the short-lived streaking fad of 1974 — 40 students challenged the faculty and staff to a streak-off; Huntley said he appreciated the invitation but would decline.

The appearance of campus changed as well during Huntley’s time. In 1977, Sydney Lewis Hall replaced Tucker Hall as the home of the Law School. That same year, the addition of Warner Center enlarged Doremus Gymnasium. In 1979, Leyburn Library opened, and the former library, McCormick, became headquarters of the Williams School of Commerce, Economics, and Politics. Huntley also shepherded renovation and construction of residence halls. The Davidson Park apartments came down and the Reeves Center opened.

During Huntley’s tenure, W&L established the Office of University Development and undertook its first substantial capital campaign, which raised $67 million. During the 1970s campaign, he became embroiled in what is light-heartedly called “The Huntley Caper.” An alumnus gave him a $10,000 check during a reception at the Lee House. When, a few weeks later, the donor asked why his check hadn’t cleared the bank, the development staff searched everywhere but could not find the check. The donor graciously replaced it. Three months later, Evelyn Huntley found the missing check — in her husband’s sock drawer.

Huntley announced his resignation in February 1982, at the end of the capital campaign. “Quite simply, I feel I have been in the job long enough,” he said. “It is better for a new person to lead the institution into the next cycle of its life.”

When he told the faculty the news, there had just been a power outage on campus. “The announcement I am making here and this afternoon’s power failure on the front campus are purely coincidental,” he joked.

Rector James M. Ballengee ’48L called him “the most outstanding president of Washington and Lee since Robert E. Lee.” The student newspaper, the Ring-Tum Phi, wrote that “he was able to handle both the academic and financial crises of this school with precision” and “never lost sight of the value of the liberal arts education.” The Lexington News-Gazette thought he had presided over the university “with brilliance, with humor and with a refreshing lack of pomposity.”

Huntley expressed his thoughts about education in his 1981 Commencement address. “Education gives us power, a kind of power we can get in no other way: power over ourselves,” he said.

After retiring from Washington and Lee, he worked as president and chief operating officer (1984–1987) and chairman of the board and chief executive officer (1987–1988) of Best Products Inc., in Richmond, until it was bought out. He then worked as counsel to the Richmond law firm of Hunton & Williams from 1988 to 1995. The following year, he and Evelyn moved back to Lexington. Since 2010, Huntley had served as honorary chair of the just-concluded W&L capital campaign, Honor Our Past, Build Our Future.

In 1981, he received the W&L Lynchburg Alumni Chapter’s Lynchburg Citation for “absolute commitment to Alma Mater and the quality of his leadership in advancing her to a firm stance of unprecedented strength.” The student newspaper, the Ring-Tum Phi, gave him its award for outstanding service and dedication to W&L in 1982. On Oct. 2, 2004, the university honored him by re-naming the building that houses the Williams School as Huntley Hall.

When looking back on his life and career, Huntley often said he had never sought the leadership roles he held during his life, but made each decision as it came along. Despite the legacy of leadership he leaves at W&L and beyond, he considered his greatest legacy to be that of the close-knit family he and Evelyn created together. Their three daughters, sons-in-law and particularly their six grandchildren reflect their dedication to that family.

After a family graveside service, a memorial service will be held at Lee Chapel on Tuesday, Dec. 15, at 11 a.m. A reception at Kendal of Lexington’s Sunnyside House will follow the service (160 Kendal Drive, Lexington).