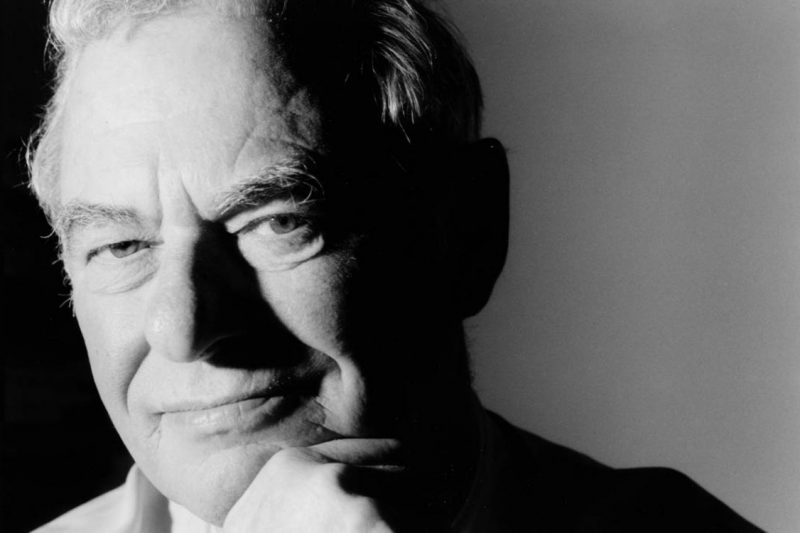 “The lessons I learned at W&L have followed me throughout my life, creating a tapestry woven with golden threads of honor, integrity and civility. I’ve never met a graduate who did not benefit from that experience.”
~ H.F. “Gerry” Lenfest ’53, ’55L

“Washington and Lee has lost one of its most remarkable graduates and benefactors,” said President Will Dudley. “The Lenfests have contributed powerfully to the public good with their generous donations to institutions focused on education, the arts and journalism. W&L has been transformed by Gerry and Marguerite’s support for our faculty and for our arts facilities and programs. We shall miss him. Our thoughts are with Marguerite and the Lenfest family during this time of loss.”

“Gerry always wanted to be aware of the current priorities and how he could help. He led the support for the establishment of the Lenfest Center, including the latest addition, Wilson Hall. He reserved a special place in his heart for the support of faculty, noting that they are the core of a W&L educational experience. In the last campaign Gerry and Marguerite inspired numerous supporters to establish professorships through the Lenfest Challenge. The Lenfest impact at W&L will endure forever.”

Harold FitzGerald Lenfest was born on May 29, 1930, in Jacksonville, Fla., the son of Harold C. Lenfest and Herrena FitzGerald Lenfest. He attended Flemington High School and graduated from Mercersburg Academy in Pennsylvania. While a student at W&L, Lenfest was a four-year member of the soccer team, the Forensic Union and Sigma Chi social fraternity.

After serving in the U.S. Navy Reserves (1953-55), Lenfest enrolled in Columbia Law School, receiving his LL.B. in 1958. That year, he joined the New York law firm of Davis Polk & Wardwell (founded by W&L alumnus John W. Davis, 1892, 1895L), serving as an associate until 1965. He then became associate counsel for Triangle Publications Inc., and later became managing director of Triangle’s Communications Division, which included Seventeen magazine and the cable television subsidiaries.

In 1974, Lenfest and two partners purchased a cable television system with 7,600 subscribers from Triangle. By the time they sold it in 2000, the enterprise had become one of the top-12 cable companies in the country. With those profits, Lenfest and his wife, Marguerite, established The Lenfest Foundation, which has supported programs primarily in the areas of education, arts and the environment. Lenfest served as its president and chief executive officer.

Over the last 22 years, the Lenfests’ philanthropic philosophy has been to spend down their wealth. Through the Lenfest Foundation, they have distributed more than $1.2 billion to arts and culture, education, social services and other charitable causes. They used the foundation’s final dollars to acquire, donate and endow the media company that publishes the Inquirer, Daily News and Philly.com. In a Jan. 12, 2016 Washington Post interview, Lenfest said, “Of all the things I’ve done this is the most important. Because of the journalism.”

In 2002, Lenfest made a significant challenge gift to the School District of Philadelphia in collaboration with Teach for America, through which recent college graduates teach in Philadelphia public schools. Most recently, he chaired the Museum of the American Revolution, which named its building in honor of the Lenfests. He has received honorary degrees from Temple University, Ursinus College and Washington and Lee University.

Lenfest served on the W&L Board of Trustees from 1989-1998. In his first year, he and his wife donated $3 million to the new center for the performing arts at W&L, named the Lenfest Center for the Performing Arts. In the last three decades, the couple has also supported the Powell Wing of Lewis Hall, the Class of 1953 Scholarship, student financial aid and Wilson Hall. Lenfest said he gave because “the lessons I learned at W&L have followed me throughout my life, creating a tapestry woven with golden threads of honor, integrity and civility. I’ve never met a graduate who did not benefit from that experience.”

In 1994, Lenfest, together with Emeritus Trustee Houston H. Harte ’50, made a challenge grant toward the completion of the university’s $127 million On the Shoulders of Giants Campaign, which Lenfest chaired. In 2007, Lenfest once again challenged the university community; this time to raise $33 million by the end of 2010 to match his commitment to build an endowment to help W&L pay its professors competitive salaries. In 2008, Lenfest continued his generosity toward faculty by committing $17 million to increase endowment to enhance the university’s sabbatical program and support of faculty scholarship and research.

“No matter how much one loves teaching or a particular university, it is important to be adequately compensated for that dedication,” Lenfest said in the Spring/Summer 2007 W&L Alumni Magazine. “Like all Washington and Lee alumni, I am proud of what this school has become, a major teaching institution in the U.S. My life benefited from great W&L teachers, and I am happy to make sure that today’s students have that same benefit.”

These are just a few of the articles and news obituaries published on the occasion of Gerry Lenfest’s death:

2014: USRowing Man of the Year
When Temple University planned to drop its crew program, he donated $3 million to help save it. Lenfest said, “It just occurred to me that Temple is the university of Philadelphia, and with the tradition of rowing in Philadelphia, not to have Temple represented in the rowing community seemed a great travesty to me. And so I didn’t have to have a background in rowing to know that much, and to make sure that they not only got it back, but they had their own rowing club facility.”