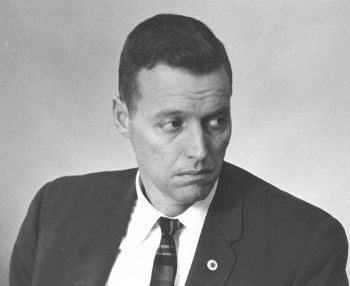 “Tom was a legend in San Antonio, serving in leadership positions on a number of civic and professional organizations,” said President Will Dudley. “Over the years he remained keenly interested in W&L, and when I met him last March he spoke fondly of his time as a trustee and with real enthusiasm about the university’s current goals and future prospects. We are grateful for his dedication to his alma mater and for his wise counsel.”

A native San Antonian, Frost was the fourth generation of his family to oversee the bank founded by his great-grandfather, Col. T.C. Frost, in 1868. He began his banking career in 1950, starting as assistant cashier in Frost’s Foreign Department and becoming president in 1962. He retired in 1997, after 35 years at the helm of Cullen/Frost.

During Texas’ economic downturn in the 1980s, Frost oversaw the bank’s growth, and its transition into a publicly traded company on the New York Stock Exchange in 1997. Of the top 10 banks in Texas in 1980, only Frost Bank emerged from that turbulent decade without a merger or outside assistance. Frost emphasized banking relationships rather than transactions and often answered his own phone. He cherished his employees and regarded them as the front line to excellent service.

Fluent in Spanish and an aficionado of Mexican culture, he co-founded the United States-Mexico Chamber of Commerce in Washington, D.C., and was a member of the U.S.-Mexico Commission for Educational and Cultural Exchange (Fulbright-Garcia Robles Commission). He received the Aguila Azteca medal, the highest honor the government of Mexico confers on a non-Mexican citizen.