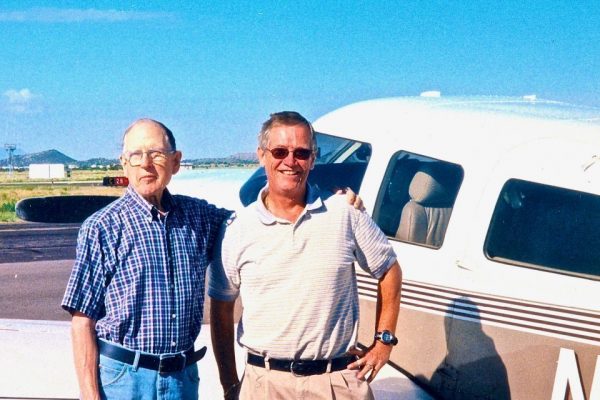 Jim Early ’59 and his husband Garland Tillery established the James R. Early ’59 Endowment for LGBTQ Programming with the hope that it will support Washington and Lee’s Lesbian, Gay, Bisexual, Transgender, and Questioning students in engaging fully in the wider university community. Early, who was known to most of his classmates as Russ, spent two and a half years at Washington and Lee before transferring to the University of California, Berkeley in 1958.

While he enjoyed the academic rigor W&L offered as well as the relationships he established with professors, the social scene was challenging and insular. It struck Early that the lack of diversity on campus was not representative of a larger world perspective. “By the fall of 1957, I fully realized that I was a gay man, and to live outside of the closet would not be all that practical on campus or off,” he said. “And so California beckoned.”

“I hope our endowment will help members of the LGBTQ community at W&L develop the pride and acquire the skills to become full participants in the life of the university and to carry that knowledge and self-esteem with them as they confront the challenges that await them in the wider world.”

The W&L of today is different in many ways from the institution Early attended in 1955, and he intends for his gift to fuel those positive changes in the years to come. For example, today’s students have access to the LGBTQ Resource Center located in the Red House on campus. A number of faculty, staff and students are allies and advocate for LGBTQ students, and there is a Community Catalyst Award presented to a student who demonstrates outstanding leadership in working to improve the lives of those in the LGBTQ community. The award is presented at the LEAD Banquet each year.

These advances, coupled with his great respect for the people he admired and his educational experiences at W&L, motivated Early’s gift, and he and Tillery look forward to the university’s continued progress toward a more inclusive community.

“I hope our endowment will help members of the LGBTQ community at W&L develop the pride and acquire the skills to become full participants in the life of the university and to carry that knowledge and self-esteem with them as they confront the challenges that await them in the wider world,” he said.

The endowment will support extensive programming, including a weekly support group for LGBTQ students, annual events such as the Fall Barbecue for the entire community, Pride Week events, the annual Equality Gala, open houses for alumni and prospective students, Safe Space training for allies, and the Lavender Graduation party for graduating LGBTQ seniors.

University Counselor and LGBTQ Coordinator Rallie Snowden met with Early and Tillery last year to provide an overview of the programming on campus and how it serves the community. “The LGBTQ Resource Center strives to create, promote, and maintain a safe and supportive atmosphere for LGBTQ students and their allies,” she said. “Among our top priorities is the goal of moving beyond acceptance towards a strong, welcoming, and truly inclusive community for all students. Jim and Garland’s generous support will surely help us achieve our goal.” 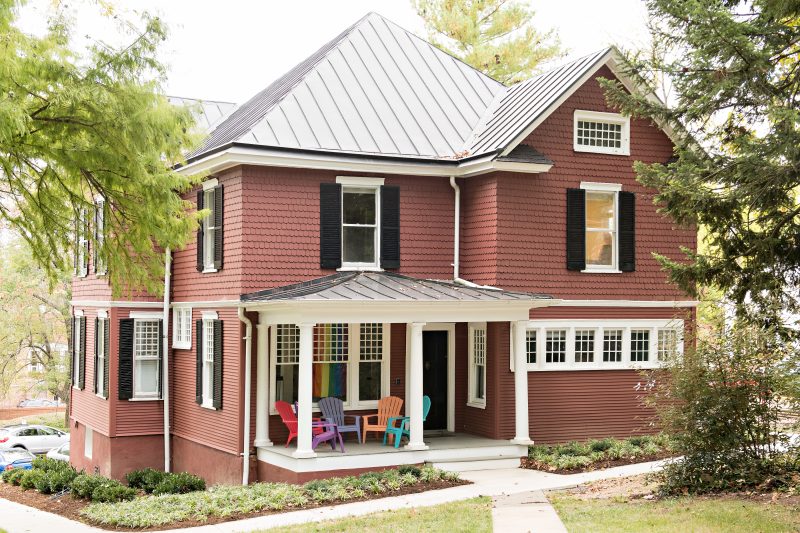 The Red House on the W&L campus is home to the LGBTQ Resource Center.

Early and Tillery’s gift continues their longstanding commitment to equality. The couple made a similar gift to Tillery’s alma mater, Old Dominion University, and both have been active members of the Norfolk gay activist organization, the Unitarian-Universalist Gay Caucus (UUGC), sponsored by the Unitarian Church of Norfolk where the two met in 1978. The couple married October 6, 2014 — the first day the Commonwealth permitted same-sex marriage. Early worked on the UUGC’s monthly newsletter, “Our Own Community Press,” and served as editor at various times. In addition to addressing issues facing the LGBTQ community, Early and Tillery are passionate about helping the homeless population and confronting racial biases and discrimination.

Having faced a number of challenges as a gay man, including being discharged from the United States Navy after a shipmate disclosed that Early was gay, he remains optimistic for the future.

“Awakening to the reality of being gay is not so much fun in this life and time, but embracing it to its full potential — that is when knowledge begins, or at least it has been so for me,” he said. “There is much work to be done if we choose to become advocates for ourselves and others who encounter injustice. It is when the scales fell from my eyes and I recognized my purpose.”